THE JUDGING OF JOHNNY MANZIEL

I've never heard, read, or seen so many grown-ups, experts, and analysts criticize a
20-year old kid the way they have Johnny Manziel. It's borderline strange and seems to
be more personal than anything else.

After Saturday's game against Rice in which the Texas A & M quarterback was penalized
for unsportsmanlike conduct, several college football analysts got up on their pulpit and
said Manziel had no class, needs to grow up, be more of a leader, and respect the game.
ESPN even ushered out the immortal Mel Kiper, Jr. to tell us how Manziel's character might
effect  his draft status. Lou Holtz even criticized Johnny Football for wearing visor and a
towel around his neck on the sideline. Good, grief. 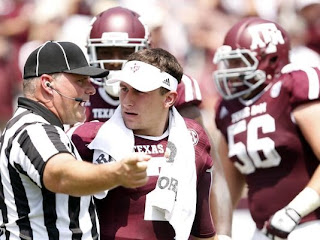 The critics have become more ridiculous than their criticism of Manziel.

I have a few questions. Why does Johnny Manziel have to be what others want him to be?
Who gives them the right to be judge and jury when it comes to determining how Johnny
Football should act? What right does Jesse Palmer, the former Bachelor who didn't live up
to all the hype at Florida, have in criticizing Manziel, who certainly has and then some?

Do people criticize Manziel because he just looks like a wise-ass or is it because he comes
from a family of great wealth? Are they jealous of him because he's had more fun in the last
six  months than most people have in their entire lives? 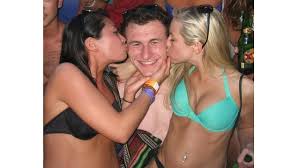 Why do the critics focus on the behavior of Manziel, while looking past the questionable
actions of others. Does it all depend on who they are?

Tom Brady of the New England Patriots gets in the face of Ray Lewis and he's considered
tough, a leader, and someone who doesn't back down. 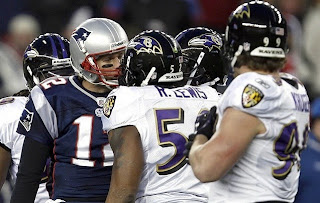 Johnny Manziel talks a little smack to an opponent whose been chirping in his face all
game and he's considered a punk. 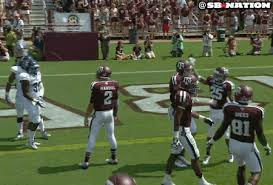 Colin Kaepernick of the San Francisco 49ers flexes his bicep after scoring a touchdown
and he's considered colorful, entertaining, and great for the game. 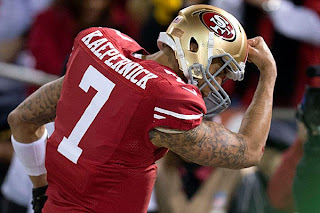 Johnny Manziel rubs his fingers together, which is the universal sign for money, and he's
immature, doesn't have any class, and disrespects the sport. 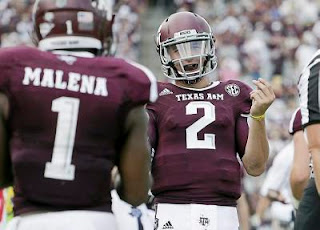 The world tweets pictures of themselves at parties and posts them incessantly on Facebook,
yet, when Johnny Manziel does it, he's out of control, narcissistic, and reckless. 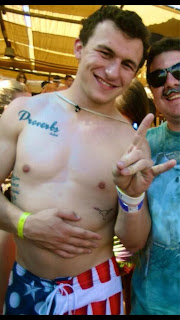 Enough is enough. He's a 20-year old kid who has made some mistakes. So what? Were you
a finished product two decades out of the womb? Are you a picture of perfection now?

The criticism of Manziel has gone overboard and is overdone. It's tiresome and old. Beat
that dead horse until it turns into glue. Is that what the critics are trying to do?

Why is everybody so consumed by what he does? Why do people who don't even know
Manziel feel like they have to police him? Do they feel better when they undress him in
front of  the entire country?

The last time I checked, quarterbacks were judged on winning and their productivity, two
things Manziel has done better that just about everybody in college football. He's 11-2
as a starter and last year set an NCAA record with more 5,100 yards of total offense. And
suddenly, it's all about character now? Give me a break. His personality and character are
part of what makes Manziel great. Now, the critics want him to reel that in? Not going
to happen. 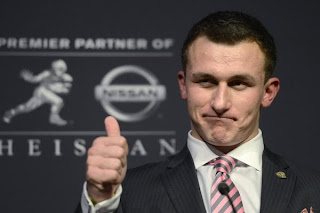 Is Manziel acting any differently than the "professionals" that we see on television? You
know, the ones ESPN glorifies by putting their celebrations and boastful acts on SportsCenter
every night. He's just doing what has become the norm in this "look at me, aren't I great"
world.

Perhaps, the criticism should be directed at those professionals who are getting paid millions
to play the game instead of the 20-year old that is making millions for his school, NCAA,
and merchandise hawks everywhere. Perhaps, it should be focused on Kaepernick who
tweeted a picture of himself wearing a Dolphins hat, or Mark Sanchez who showed up on
YouTube dancing like a jack-ass with his ass in plain view for everyone to see.

Manziel is not a professional. He is not getting paid to play the game despite making
everyone else rich. A 20-year old kid doesn't deserve this avalanche of criticism, especially
when he's just living the life he wants to live, not the one somebody else wants him to
have.

Judge not, lest thy be judged.