ALABAMA, AUBURN, AND THE BEAUTY OF SPORTS 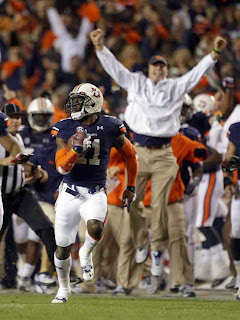 You can gauge the pulse of the sports nation by checking out the news feed of Facebook
during the weekend. Once you navigate through the pictures of food and the bare feet by the
ocean, there is usually a plethora of comments posted by sports "experts" across the nation.

It doesn't take a rocket-scientist to figure out the type of fans out there. There are the ones
who think their teams and players should win every game, championship, and post-season
award. (Boston fans).  The ones who think their teams should win everything, but never do.
(Jets, Mets, Rangers, and Knicks). Finally, there are experts who aren't happy unless they
are bitching about their teams. They can't do this, can't do that, and just plain suck. It
really is quite entertaining. 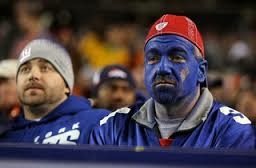 A lot of these folks talk about their favorite teams using "we" and "us" in the same sentence,
as if they have actually sweated through two-a-days together or took part of a champagne
celebration in the clubhouse. Wearing authentic laundry of your favorite team during a
two-hand touch football game on the weekend, doesn't actual make you a part of it. And
in all reality, we all are cheering for laundry with the name of the team stitched across the
front of it.

Saturday was a day not to root for a team, but rather to just admire and inhale the beauty of
sports. There was no script and nothing was routine. It was spectacular. Ohio State-Michigan,
which is quite possibly the best rivalry in college football, was a scintillating game not
decided until the Wolverines had the courage to go for the win, but came up short. I could've
used the word, "failed", but that doesn't quite fit for a team that played so valiantly and
played for a  monumental win, instead of a tie. Who can get on them for that? Who can
get on a bunch of kids and young men, which we often seem to forget.

That game was just a teaser for one that turned out to be one for the ages. Alabama-Auburn,
heated rivals, the Iron Bowl, a trip to the SEC championship on the line. There was Nick
Saban, the control freak who often preaches about "the process" matching wits with Gus
Malzahn, an offensive wizard who has resurrected a proud program in less than a year
in the toughest conference in the country. 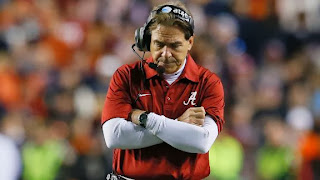 The Tide are the like the New York Yankees of college football, a program steeped in
tradition where success is defined by the number of national championships, not division
titles, they've won. To Alabama, Auburn is the red-headed step child and the program that
has always taken a back seat to the Tide. 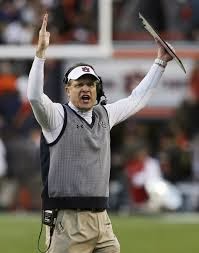 Saturday was different. You could just feel it from the opening kick-off. This game had
everything: big plays, bad calls, taking chances, and finally, a sequence that will go down
as one of the most important in the history of this great rivalry. Even if you were just a
casual fan, it was easy to get totally engrossed in this game. You didn't dare click away
or get up for food or to take a long bathroom break. This was just too good. This is what
sports is all about. This was a beautiful thing. 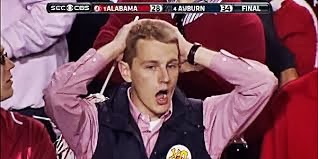 Good is not a word many used to describe Saban's decision to try a seemingly unmakeable
57-yard field goal. Of course, most of the experts used it after Auburn returned the miss
for a touchdown with no time left on the clock. Saban went for the win. What's the crime
in that? He had to at least try to win the game. Anything can happen in overtime, right?
The control freak that Saban is, he wanted to his team to decide it. 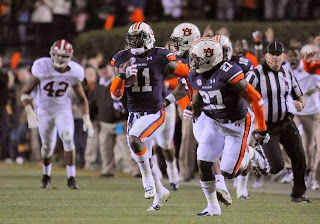 It's another great thing about sports: the debate.

However, there is no debating the beauty of this game, even if you didn't like the final
score. If you didn't really care who won or who lost, this game personified the beauty of
sports. In any given game, you can see something you've never seen before, even in
a world that's experienced millions of games over more than 100 years. Oh, sure, a failed
kick has been returned for a touchdown before, but it didn't end a game the magnitude of
the one played between Alabama and Auburn. 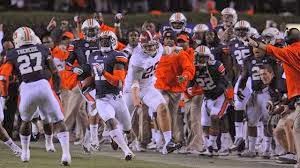 It's never happened to a coach like Saban who prides himself on being meticulously prepared
and teaches his players to be ready for any situation. He prepared him team for a return
on a failed field goal, and they still failed to stop it.

It can happen in sports and that's the beauty of it. We should always appreciate it.

Posted by Paul Devlin at 7:24 AM No comments: