LIFTING OFF WITH ANNE McCLAIN 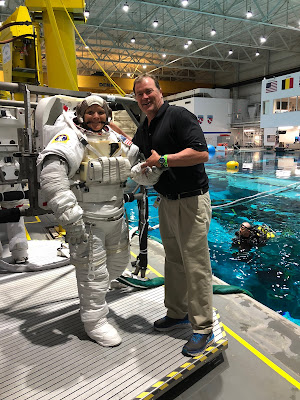 I gave up cheering for professional sports teams when I was 16-years-old. I just felt the
time and energy rooting for jerseys could be better served in another capacity. I truly
respected the athleticism and accomplishments of the players, but the wins and losses
didn't matter much to me, mainly because, well, they were not my wins and losses.

And during my career playing and covering sports, I wasn't much into hero worshipping.
I was of the belief that big stars put their pants on just like everyone else: one leg at a time.

I have met Michael, interviewed Lebron one-on-one, and shared a scene with Kevin Costner
in the movie, "Bull Durham" - and never thought it was a big deal. I've only had one, "Holy
Sh%t, OMG" moment in the presence of another person when I had a chance meeting with
Ted Williams in the batting cages at the spring training home of the Boston Red Sox where
I was a minor-league catcher.

In the spring of 1988, the greatest hitter who has ever lived was giving me one-on-one instruction
on the art of hitting. At 6'4", Williams was a towering man with a booming voice. I said to
myself, "This has to be God in disguise." Williams talked to me for about 15 minutes and
I'm not sure I remembered a thing he had to say. I was in awe of him. But it wasn't just 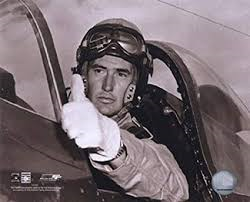 the Hall of Fame accomplishments that moved me. The man was a true American hero, having
served not one but two tours of duty in the military. I vividly remembered a picture of him
in his fighter plane and it blitzed through my mind when he was talking to me. Williams flew
39 missions in the Korean War. Incredible.

Some 30 years later, I experienced that same feeling of awe. Last June, I was assigned
to produce a feature on astronaut Anne McClain at NASA in Houston. First of all, being
at the space center was akin to being on the hallowed grounds of  old Yankee Stadium.
It wreaked of history and there was little doubt it was truly something special.

When I was doing my research on McClain, I had several, "Holy Sh%t, OMG" moments.
Her lists of accomplishments were beyond incredible.

But the part that made my jaw drop was this:

McClain qualified to be a Kiowa Warrior helicopter pilot and was deployed to the Gulf
where she flew 1600 hours and 216 combat missions during Operation Iraqi Freedom. 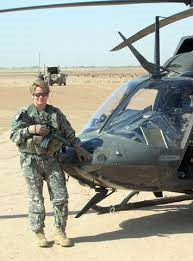 I have tremendous respect for anyone who spends a day in battle, much less 216 combat
missions flying an attack helicopter. Absolutely amazing.

After her service in Iraq and qualifying as a flight instructor, McClain beat out 8,000 other
candidates for a spot in  NASA's astronaut training program which she completed in 2015.

Yes, there are high-achievers, and then there is Anne McClain.

I thought about her incredible background when I spoke with her on the deck of the training
pool at NASA. In many ways, it was like listening to Ted Williams talk about hitting. She, like
Williams, is an American hero - someone who served the country by fighting in a real war.
To me, it doesn't get much bigger than that. It was an honor to talk with her, especially when
she was wearing her astronaut suit and helmet.

I mean, how many times, do you get to interview an astronaut in their space suit on the
deck at the NASA Space Center? I knew how lucky I was in the moment. 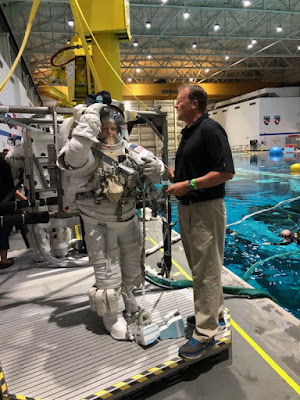 And I was in awe of Anne McClain.

McClain lifted off from Russia with two other astronauts last December. It fulfilled a dream
for McClain, who said she wanted to be an astronaut since she was 4-years-old. Talk about
knowing what you want and getting after it. She outlined everything she had to do to get in
position to be an astronaut and accomplished them all.

I've been following McClain's mission at the International Space Station which ends in June.
The pictures are truly incredible, the accomplishment - even greater. 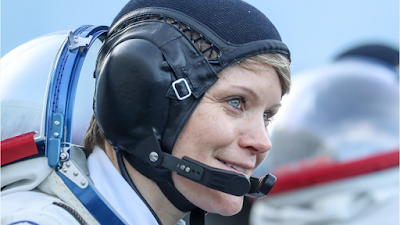 I faced a dilemma before that trip to Houston. I had the chance to go to North Carolina to
attend the 30th anniversary of "Bull Durham", the movie that became an important part of my
life and the people who were going to be there were pretty special to me.

But I felt going to NASA to interview an astronaut was a once-in-a-lifetime opportunity.
Re-hashing all the memories from the movie could wait for another time.

I made the right decision. Anne McClain is a true American hero and there just aren't very
many of them in our society today.

Posted by Paul Devlin at 7:31 PM No comments: