WINNING ONE FOR JULES 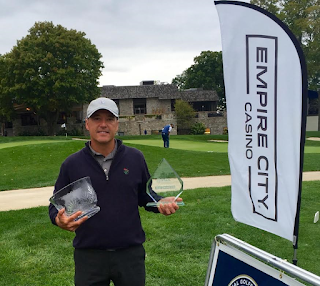 When I walked into the office of Carl Alexander at the Golf Club of Purchase
several years ago, two things stood out to me. One, the rich black and white photographs
of famous golfers that lined the walls. They are breathtaking, classic, and nearly
perfect---taken by one of the world's best photographers.

The other thing that captured my attention was the number of oversized paychecks
tucked away in the corner of it.Those paychecks represented the prize money that
Alexander, the head professional at the prestigious club which is located about a
Bubba Watson drive outside of New York City, has won over his playing career.

Last Thursday, Alexander added another oversized paycheck to his office and honored
the man responsible for all those spectacular photographs hanging on the walls.
Carl's father, Jules Alexander, passed away in August after 90 great years on this earth
and a legacy that will live on forever through the countless lives he touched through
his wonderful photographs. 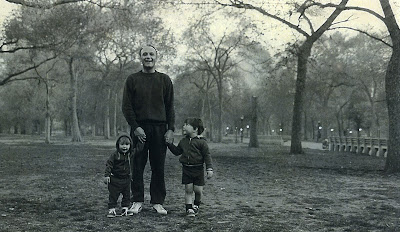 Playing in his first tournament since his father's passing, Alexander won the Met
Senior PGA event by two strokes, winning the top prize at the Metropolis Country
Club in White Plains.

"I hadn't played a lot of golf since my father's death," said Alexander, "But I felt really
comfortable out there."

Before the tournament, Alexander paid a visit to his mother's home at the Westchester
Country Club and took a momento of his father for the two-day tournament.

"He had a box with a lot of valuable coins. I saw a 1969 silver half-dollar that I took
to the tournament and used as a ball marker," said Alexander. "69 is a good number
in golf."

In the first round of the tournament, Alexander carded a 69.

"I knew dad was looking down on me, especially after I hit one towards the woods.
It hit a tree and popped back into the fairway," Alexander recalled. "I said, 'Yep,
dad is definitely with me now." 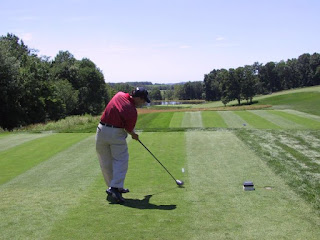 Alexander led by one-stroke after day one of the tournament then came up clutch
late in the second round to win it.

On the par-5 16th hole, Alexander squared up a 4-iron from 197 yards away, knocking
his second shot to within six feet of the hole. He drilled the putt for a spectacular
eagle. Alexander then birdied 17 en route to a 67 and a two-shot victory over Craig
Thomas, who had the advantage of playing on his home course.

"This won was definitely for Jules, " Alexander said. "He taught me how to play
the game and a lot was going through my mind on the course. It's a four and a half-hour
round so I had plenty of time to think of him. The win meant a lot to me."

It was a picture-perfect win for Alexander and one that had to put a big smile on the
face of Jules from up above.
Posted by Paul Devlin at 8:30 AM No comments: