RED SOX TV DIRECTOR PREPARES FOR SEASON UNLIKE ANY OTHER 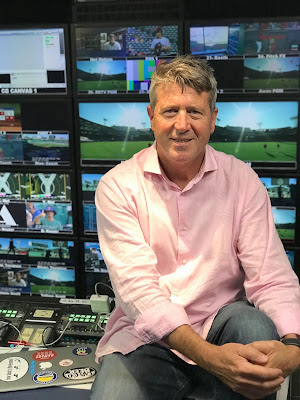 This is a milestone season for Mike Narracci. The director of Boston Red Sox baseball on
NESN will be in his familiar chair for a 20th year, but because of the global pandemic,
very little will be the same when he starts calling the shots again for the broadcast team
There will be no fans, no high-fives, or post-game Gatorade baths.

Narracci, who has won eight Emmy awards to go along with the four World Series
rings he was awarded  by the team for his work, has been preparing for the challenges
since April.

"We started with the hypotheticals and the 'what if's?' It was very extensive which in
turned aided us in planning the actual season once we had the the actual details of it." 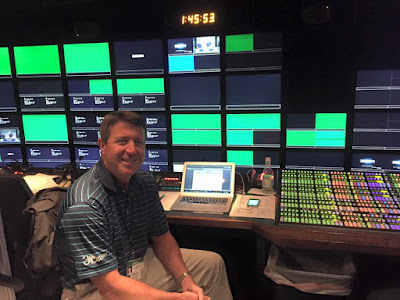 Preparation on game days is time consuming and detail-driven while logistics are
complicated. Throw in social distancing and the situation might get a little dicey.

"I am a people person and the social distancing protocols are tough to deal with," he
said. "A lot of the show revolves around director and crew chemistry. Social distancing
diminishes this."

Another thing Narracci will have to deal with for the first time, is directing television
traffic with a mask on.

"Everybody in the (broadcast) truck and the ballpark will be wearing one," Narracci said.
"For me, it took some getting use to. I felt like I was being suffocated but I am used to
it now and don't even think about it."

Narracci says he won't be spending as much time in the truck as in year's past because of the
new protocols and the East Haven, Connecticut native won't be seeing Dave O'Brien,
Dennis Eckersley, and Jerry Remy as much, either. They will be back in Watertown calling
the game from the palatial NESN studios. Field reporter Guerin Austin will be roving
the empty stands delivering her reports.

"She might be doing walk-off interviews, " Narracci said. "And the post-game
manager press conference will be done by way of Zoom.

Because of the late start, the season has been reduced from a 162-game marathon to
a 60-game sprint. It'll be 60 games in 66 in a season unlike any other. 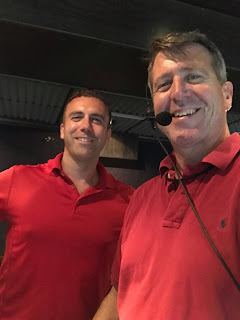 "Baseball will the same once we get a vaccine," he said. "As far as the televising of
baseball, I believe we are at a cross roads. It will be interesting to see what direction it goes."

Interesting stuff from a man who has directed more than 2,500 Red Sox games. Play ball.
.