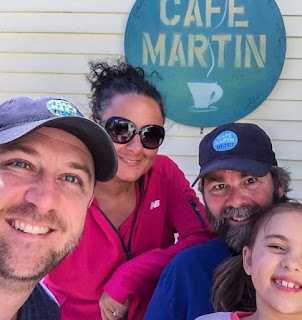 When it comes to selfies, Bryan Brennan is without equal. In a social media world polluted
with self-portraits, Brennan has managed to produce thousands of pictures of pure hilarity.
He can turn a frown into a smile with a simple picture and a post. 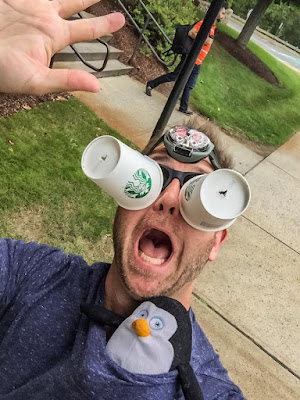 However, the Selfie King is proving that he's not a one-trick pony. The all-world photographer/
videographer who helped take NESN to a different level has morphed into a great pitchman.
Once obsessed with selfies, Brennan has devoted the last month calling on his friends, family
members and total strangers to purchase Café Martin baseball hats. 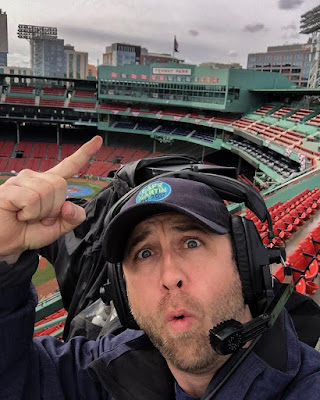 The baseball hats were produced to help promote the hottest spot in Boston and raise money
for John Martin, who was diagnosed with ALS in 2016. Brennan and Martin worked together
at NESN where they formed a special and unbreakable bond. Brennan and Martin, along with
Pat Gamere, weren't just videographers, they were amazing storytellers who helped the talent
and network look good - damn good. 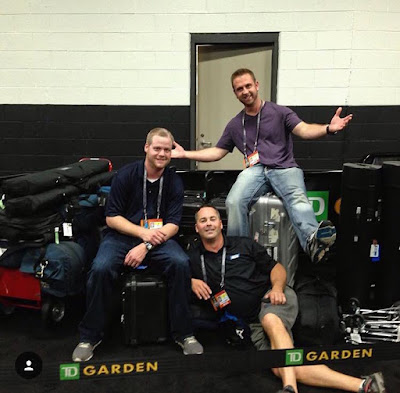 Brennan has taken to social media to promote the Café Martin baseball hat with more passion
and determination than the Kardashians do in promoting their talentless selves. He reached
out to those he knows and even the thousands he doesn't. He is posting creative shots of the
Café Martin hat all over Boston - mostly at Fenway Park.  Brennan has encouraged, pleaded,
and all but begged people to buy the Café Martin baseball hat. 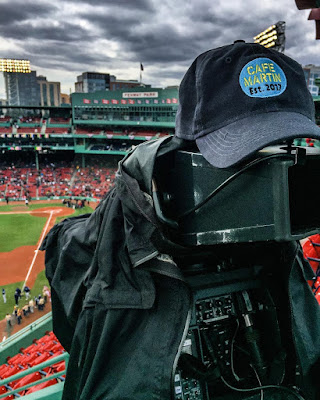 I'm sure many out there had thoughts of blocking or defriending Brennan on all their social
media vehicles, but the drive and determination of Brennan has paid off. As of this writing,
the Café Martin campaign has sold 210 hats and raised more than $4,000 for Martin's battle
with ALS. It was all possible because of Brennan's drive, commitment and love for Martin
and his family

Brennan, Martin, and Gamere were the three amigos at NESN - their dedication, commitment,
and passion for the jobs and network was off-the-charts. They are the best at what they do.
However, their talent is only surpassed by their friendship. They are as thick as thieves, forming
a friendship that can't be accurately measured or described. It's a beautiful thing to see. 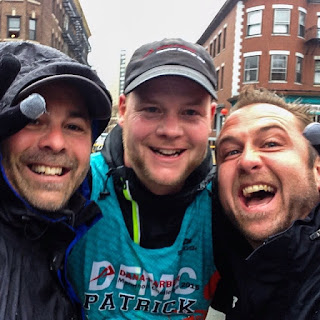 Brennan's salesmanship is also pretty damn special. In a world of self-promoters, Brennan
has expended a great amount of time and energy promoting a great cause and the franchise
that is Café Martin.

Thank you, Bry-Guy, you're a helluva man.

Bill Titus, the Godfather of cameramen in Boston has also been a big help in promoting the
Café Martin hats. We had to make a special order to get a hat that fit Bill's dome and he loves
it. Bill has been in John's corner from day one and has to done a lot to make sure everybody
knows about Café Martin and what a great man John is. 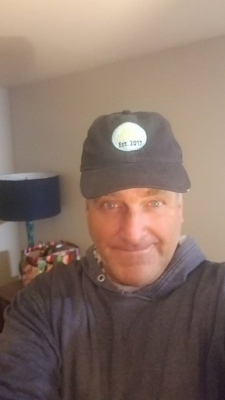 Oh, yeah, Bryan and Bill wanted me to pass along the link so y'all can buy some more hats
to help out John Martin in his battle vs. ALS