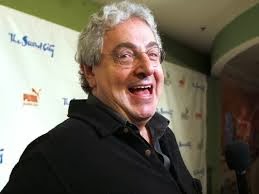 Long before people amused themselves and punctuated every text with LOL, Harold Ramis
blessed us all with his creative genius. Thanks to his imagination, "Animal House," "Caddyshack",
"Stripes',  and "Ghostbusters" became instant classics that made us laugh out loud
over and over and over again.

Ramis died on Monday, bringing sadness to many who got so much joy and comic relief from
his movies. He gave us Otter, the Gopher  and that psycho marine, who if you called him Francis,
he'd kill you.

There was Flounder, Niedemeyer, (Dead!),  Lacy Underalls, and even Sergeant Hulka. I often
said to myself in wonderment, "Who the hell makes all this stuff up?" And it was usually Ramis.
He was to comedic writing what Zuckerberg is to algorithms: brilliant, pure brilliant. 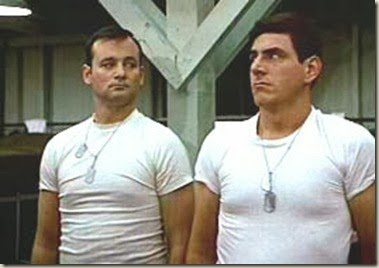 Ramis wrote or co-wrote the aforementioned classics, in addition to National Lampoons,
"Vacation", "Groundhog Day", and "Analyze This." I watched a documentary about the
making of "Caddyshack" which Ramos also directed. That was a film no big shot in Hollywood
wanted any part of, the feeling was that it was going to be an epic disaster.

Ramis said most of the actors and crew shot all day and partied all night, with many folks
arriving for work coming straight form a house party. A majority of the movie was made up
on the fly, and you know that gopher? Yep, that gopher was added long after most of the actors
had gone home for good after Ramis said, "That's a wrap." 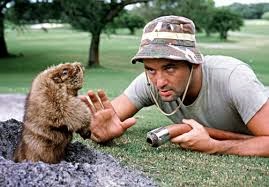 "Caddyshack" worked because of Ramis and his genius. A movie that many expected bomb
at the box office became one of its greatest and most profitable hits.

30 years after "Caddyshack" and "Animal House", people can still recite many of the lines
from them. There is the "Cinderella story!", "It's in the hole!,"  "Did we give up when the
Germans bombed Pearl Harbor?", "That's fact, Jack," and "fat, drunk, and stupid is no way
to go through life."

Ramis went through most of his life making us laugh. I can only imagine the amount of
fun he had on the sets of "Caddyshack", "Animal House", "Stripes" and "Vacation". Nobody
would've been surprised if he himself, died from laughter.

I was surprised today when I heard Ramos passed away from a rare disease in his blood
vessels. He was 69 years old. I'm not sure he ever put LOL at the end of his text, but it'd be appropriate if they put it on his tombstone because that's what he made most of us do, over and
over and over again.
Posted by Paul Devlin at 5:11 PM No comments: