PAY IT FORWARD. HELP OUT THE CLYDE FAMILY. 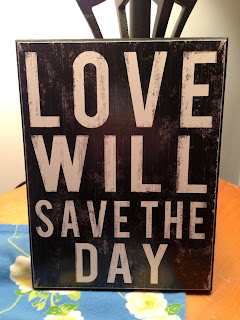 I don't know the Clyde family, but that really doesn't matter. What does matter is that
they  could use a little help. On December 27, they came home in Holliston,
Massachusetts to find it gutted by fire. Faulty heating equipment in the basement
ignited the flames and destroyed their home.

The Clyde's were extremely lucky that the blaze didn't bring down their house while
they were asleep. But now they must deal with the shocking and stark reality of starting
a big part of their life over from scratch. Nearly everything they owned was torched by
the flames. Priceless photos, family keepsakes, clothes, computers, files, and records.
and every Christmas present left under the tree, gone. You name it, it went up in flames.
I can't imagine the feeling of waking up the morning after the nightmare and saying,
"What the hell do we do now?" Trying telling your two young kids that everything
is going to be all right when deep down inside that just getting to being "all right"
is a long, long, ways away.

I'm sure it was much like the state of emotions the people in New Jersey and parts
of New York experience after Hurricane Sandy rinsed away everything they had.
Think about what an inconvenience it was not having power for a week where you were
challenged in trying to getting a shower to and your next meal. Now imagine attempting
to do that when you have just the clothes on your back. 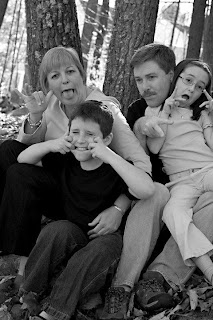 Losing a home is a life-changing tragedy. A person's will and resolve are stretched
to its limits and the emotional scars take a significant time to heal. A lot of people
often ask, "Won't insurance take car of them?" Yes, it will, but as many of us know,
insurance doesn't cover everything and one doesn't always get reimbursed quickly
And it's not like the AFLAC duck swoops in, hands a family a wad of cash to get
by, quacks AFFFLAACK! And then leaves. It's not that simple.

The good will and spirit of the Holliston community and the surrounding areas
took over and helped the Clydes get back on their feet. Donations came in the
form of clothes, gift and meal cards. The gesture overwhelmed the Clydes
and they are very thankful.

But they still need help and I'm writing this story to help "pay it forward." When
people are in dire situations and in need of a hand, hug, or a hundred dollars,
we've seen a lot of people in this country become very generous. More than
$400 million was raised for Hurricane Sandy victims. Millions of dollars poured
into the the fund for the families of the Newtown tragedy. There were stories of
children breaking their piggy banks to send a few dollars to help out the families
who lost children as young as themselves.

This story touched me because Mike Clyde works at NESN where I was employed
for two years from 2004-2006. It's a great and wonderful place where I have great
memories and met truly amazing people. John Martin, Pat Gamere, Chris Del Dotto,
Paul Scannell, Gary Roy, Brian Zechello, and Peter Morton are among the many
special people who work there. I've been told Mike is a great guy, too. Please
help him and his family with a little act of kindness.

Donate something to the Clydes. It's a great feeling when you know you're
helping others who are in crisis or less fortunate. Send $10 or more to help
out the Clyde's. Give up a week of Starbucks coffee to help their cause. It
truly is much better to give than receive. Follow the golden rule on this one
and do one to others as you'd want others to do to you.

There is a Facebook page for the Clydes. Check out there story. Make a
small donation. You'll be glad that you did.

https://www.facebook.com/LovingTheClydeFamily
Posted by Paul Devlin at 6:36 AM