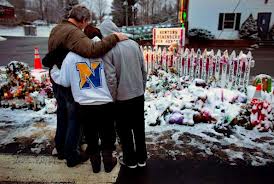 I was never more anxious to hop in the shower as I was this morning. It wasn't so
much that I wanted a fresh start to the day, as it was about scrubbing off and rinsing
away the slime and grime that had built up over the past year.

2012 was just plain filthy and nasty. It was like a Fondu feast where just about
everything on our country's plate was dipped not in cheese or chocolate, but rather
dunked and drowned in a cess pool of scandals.

In the world of sports, the child sex-abuse scandal at Penn State broke in November
of last year, but tore the seal off 2012 with sordid details and a cover-up that eventually
painted Joe Paterno and others university officials as leaders who were more concerned
about protecting their image than saving little children from a predator named Sandusky. 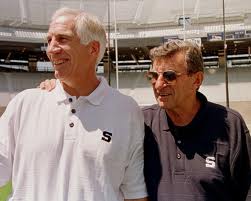 There were scandals everywhere in 2012. At Arkansas, Bobby Petrino was fired
after hiring his 26-year old mistress for a job in the football department. Three-time
Olympian Suzy Favor Hamilton, who built her own girl-next door image, turned out
to be a girl who spent the last year working as an escort. The Chinese badminton team
intentionally tanked games in the Olympics, the NFL had it's bounty-gate, and Lance
Armstrong finally got outed as a drug cheat. Can I get another shower, please?

We learned that hate and racism is still very much alive in 2012. Carl Crawford, the
former Boston Red Sox who was on a minor-league rehab assignment in New Hampshire
last July, was screamed at by a man attending the game. Crawford was called a "Monday,"
a derogatory term for blacks because it's associated with being the most hated day of the
week. Incredibly, the man, who is white, turned out to be a police officer. He was
subsequently fired.

Ron Parker of ESPN got off much easier after calling Robert Griffin III, the Washington
Redskins quarterback a "cornball brother" on "First Take." Parker, who is black, questioned
whether or not RGIII was "one of us." ESPN tagged Parker with a 30-day suspension. 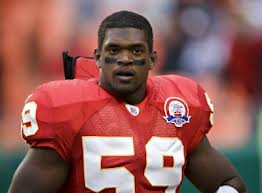 Hate and anger blew through Kansas City in November when Chiefs linebacker Javon
Belcher shot the mother of his 3-year old child before turning the gun on himself. Belcher
apparently went into a rage over the spending and late-night habits of his girlfriend,
Kassendra Perkins, and felt shooting her was the answer to fixing those problems.

Scandal and unimaginable acts didn't just permeate the sports world. General Petraeus,
a highly-decorated and respected leader of our military, had an extra-marital affair
with Paula Broadwell, ending his career and soiling his once sterling reputation, as well. 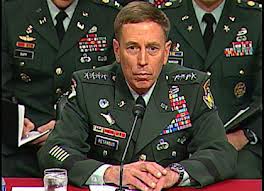 The country was angered and appalled by the Casey Anthony trial and subsequent
acquittal, leaving no one responsible for the death of Caylee Anthony, a beautiful 2-year
old girl. And the country is still clearly divided by the events surrounding the death of
Trayvon Martin.

We discovered that many miserable people value the lives of others, even less than
their own. In New York City, two men were pushed to their deaths off platforms in the
subway in separate incidents. The New York Post showed no respect or compassion
by plastering a picture of one of the men about to be run over by the train with the caption,
"THIS MAN IS ABOUT TO DIE." Selling papers was far more important to executives of the
New York Post than the feelings of a family who just had their entire world shattered. 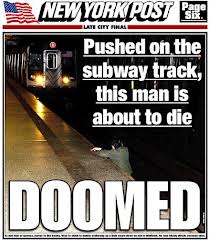 If the moral compass of this nation wasn't already broken, the events of 2012 clearly
demonstrated that it's pointed due south. In Aurora, Colorado, a man walks into a
midnight screening of "Batman Returns" and unleashes his fury and hate with a semi-
automatic rifle, killing 28 people and injuring 58.

2012 was also the year where this country was stretched financially and deflated
emotionally. Hurricane Sandy devastated the Northeast, leaving a path of destruction
that was unprecedented. Not only homes were lost, but lives as well.

But the tragedy in Newtown, CT  may have been the unimaginable event that defined
2012 and made it one of the worst years in recent memory. 20 beautiful and innocent
children were killed on a sunny December morning. Six caring and selfless adults murdered
at the Sandy Hook Elementary School. 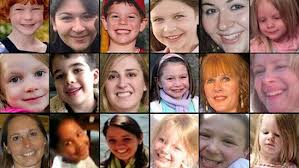 They were in the right place at the right time except that evil showed up and took away
their lives for no good reason. It was an unspeakable tragedy that devastated a town
forever and sucked the spirit out of the entire nation during the holiday season.

Just two weeks after one of the most violent and horrific school shootings in U.S.
history, Irving Pansky, a New Haven-based attorney filed a lawsuit on behalf of
the parents of one of the children who actually survived the shooting. Pansky is
claiming the child has been traumatized by the massacre in the school. Traumatized?
Ask the parents who lost a child about being traumatized.

The lawsuit against the state of Connecticut is asking for $100 million dollars. $100
million dollars? The dirt on 20 of the smallest graves in Newtown is still fresh and
greed rears its ugly head. Greedy, insensitive, and just plain disgusting.

It really is quite surprising that the world did not end in 2012. I think I need to take
another shower now.