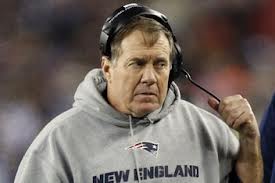 Class guy. Those two words have never followed Bill Belichick. Not in New

York. Not in Cleveland. Not even in New England where he turned the Patriots
into a model franchise.

Belichick can be condescending, insincere, and to  many people who have
covered him during his NFL career, the word prick often applies. On Sunday night,
many viewers uttered that word after James Brown of CBS said that Belichick
declined a request by the network for a post-game interview. It was classic
Belichick, who earned his sore loser reputation long ago.

Last year, after the Patriots lost to the New York Giants in the Super Bowl,
Belichick gave NBC the Johnny Heisman stiff arm when they asked for an
interview. Then when he went to the mandatory press conference, Belichick
gave one word answers and the impression that he'd much rather go
through a round of water boarding torture at Abu Ghraib, then be forced
to sit through a media session where he was peppered with questions about
the game. 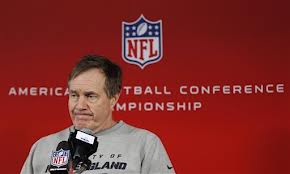 After losing to the New York Giants in the Super Bowl in February of 2008,
Belichick headed to the locker room with seconds to go in the game and
didn't bother to shake the hand of Tom Coughlin. Classic Belichick.

Belichick is one of the best coaches in the history of the game, but unlike
Tom Landry, Chuck Knoll, and Don Shula, class or graciousness are not
part of his DNA. I understand that he hates to lose, who doesn't. But his
repeated boorish behavior is getting old. The Hoodie wins more than 70
percent of his games, but when he loses, watch out.

He becomes like the petulant child who just saw the neighborhood bully
steal all his toys from the sandbox. Whaaaaaaaaa. He sulks, doesn't sob,
but makes like somebody just sucked the life out of not just him, but
the entire world. 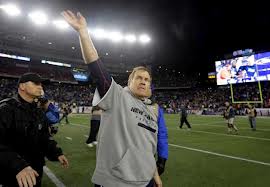 If you talk to the folks in Cleveland who covered Belichick during his
days with the Browns, they'll probably tell you that Belichick is Lance
Armstrong without the lies, EPO, testosterone or cortisone. He treated a
lot of people badly and made a lot of lives miserable.

I'll never forget my first experience with Belichick during the early 90's. I
was a pup cameraman who was shooting one of his press conferences after
another Browns loss. A local reporter asked Belichick about blowing a
fourth-quarter lead and BB responded, "F&*K you, Jason." That one is hard
to forget. It was my welcome to the NFL moment.

I covered Belichick and the Patriots during the 2005-2006 season when they
rarely lost. But when they did, Belichick made like he was about to be led
to the cross with a thorn wreath around his head. Just an unpleasant guy,
but then again, that's how he was after winning, too.

I admire and respect Belichick for what he has done as a coach. He is pure
coaching genius. I get that. He gets paid to win games, I understand that. I
realize that the decaying of our society began a long, long time go and words
like class, dignity, and respect don't mean all that much anymore. But Bill,
you win all the time. I understand you're not always that happy in victory,
but please, try to show just a little class and graciousness in defeat. Nobody
wins all the time, not even you.
Posted by Paul Devlin at 8:19 PM