WHEN LIFE CHANGES FOREVER IN BLINK OF AN EYE

Life is sometimes so good, we often forget how precious it really is.
We can be living the life one second, then, in the blink of an eye, it
can be changed forever. On August 28th, Tyler Hoog, a 17-year old
junior in high school was enjoying a sun-splashed afternoon in the
mountains of Colorado. He was four-wheeling with two of his high
school buddies, his father Michael, was in a Jeep ahead of him. 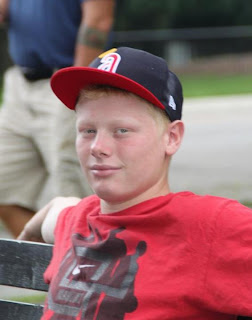 Tyler went off the road, flipped his Jeep, and it came crashing down
on its roof. Tyler's friends escaped with minor injuries, he wasn't
so lucky. Tyler suffered three fractured vertebrae and is paralyzed
from the shoulders down. In the time it takes you to snap your fingers,
Hoog's life has been changed forever. The lives of his family have been
forever altered. One second they were enjoying one of their
favorite pastimes, four-wheeling in the mountains, the next second,
the oldest son of Michael and Trenka Hoog, is struggling for his life.

"There's no way that anyone could ever prepare you for this," Michael
told a local paper. "The first 24 hours, you're really slammed by these
waves of anguish. You think about how life-changing it is for an entire
family and that's  devastating to consider. You kind of don't know what
to do."

If there is anyone who can figure out what to do, it's Michael Hoog.
I remember when he arrived on the campus of UNC in 1985 as one
of the cockiest freshman Carolina baseball has ever seen. He was
brash and had no fear. Hoog drove his Z28 from Colorado and arrived
with 1001 dimples on his car, having endured a hail-storm. The only
thing missing from car was a Titleist logo across the hood. Hoog didn't
care. As long as he had a tin of Skoal in his backpocket and boots on
his feet, it was all good. 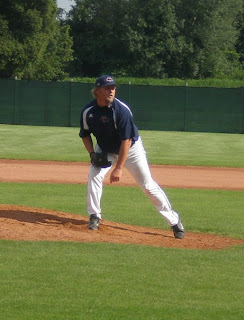 As a pitcher, Hoog, a left-hander, didn't possess the talent of Josh
Beckett, but he was a gamer. I remember catching him when Hoog
was just freshman taking on the University of Miami. As a freshman, he
didn't care about Miami's mystique or anything else. Hoog battled and
battled and got a complete-game victory against the Hurricanes.

Hoog is using that same drive and determination to give his son, Tyler,
the best help he can get. He's already traveled across the country to
visit rehab centers in Baltimore and Atlanta.

"There's no telling what happens with rehab," he said. "The great thing
going for him, there's been incredible advances in spinal cord research
in the past 10 years. He's only 17. In the next 10 years, who knows
what advancements will be made. He may come out of this thing." 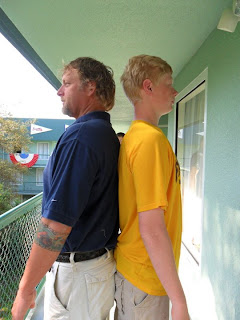 Tyler idolizes his dad, who played in the Atlanta Braves organization.
He played first base like his father did in high school and wore number
17, the number his father donned at UNC. Tyler will most likely, never
play baseball again, much less even walk. His life changed forever in
the blink of an eye, which is so sad and so tragic. It just doesn't seem
fair. 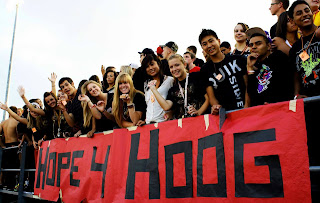 Tyler is truly loved by so many of his classmates in high school and they are
rallying around him. They are raising money for his rehabilitation care which
is going to be long, arduous, and grueling. Kids at school are selling
"Hope 4 Hoog" wristbands for $3 and plan on conducting fundraisers
throughout the year. My former teammate is heading for the toughest time
of his life. Pray for him, pray for Tyler.

For information on how to support Hoog and his family, contact Travis
O'Hair at ohair_michael@svvsd.org or 602-410-6021.

To follow Hoog's progress, visit http://www.bit.ly/hopeforhoogie.
Posted by Paul Devlin at 11:29 AM