As I was watching the ESPN documentary "Catching Hell",
the riveting story of how Steve Bartman single-handedly, according
to some, changed the course of the 2003 NLCS, I quickly asked
myself, "Is this about Bartman or Bill Buckner?" More than 20
minutes of the program was dedicated to the tragic tale of Buckner
and his blunder in Game 6 of the 1986 World Series. Even though
the story wasn't about him, it was about Buckner, which reminded
me just how pathetic the media can sometimes be, and how they
were in their despicable treatment of Buckner after his error against
the New York Mets. The error ended the game, but in Boston sports
lore, Buckner cost the Red Sox a championship, one that fans
and members of the media in that town and throughout the region,
thought was rightfully theirs. 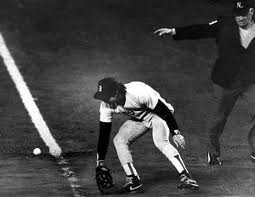 Buckner became a scapegoat, punch line, and punching bag for
all the miserable souls in New England who had watched their
team suffer year after year without a championship. He became
a symbol of the team's epic failures and a living, breathing, and
walking reminder of how the franchise always choked or
was seemingly cursed in their efforts to win the World Series
trophy, which in New England, is akin to the capturing the
Holy Grail. 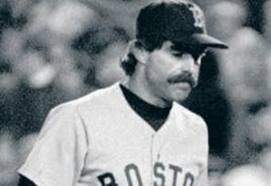 It's unfortunate and sad that Buckner had to be cast unfairly as
a scapegoat, especially after what he had to endure in his
personal life. When he was 13-years old, Buckner's father
committed  suicide. When a father, mother, sister, or brother
takes their own life, it can rip apart a family, and open a gaping
wound that can never be stitched up, no matter how much time
passes. Contrary to popular belief, time does not heal all
wounds. The unanswered questions and psychological impact
of it all can destroy a person for life. I'm sure Buckner found
himself asking himself why? Did I have anything to do with it?
Why did he leave all of us? Questions that remain unanswered
to this day. 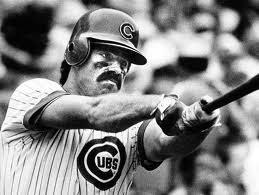 This could have destroyed Buckner, but it fueled him. He
committed himself to being the best baseball player that he
could possibly be, and he became a pretty darn good one.
Buckner spent 22 years in the major leagues, won a batting
title, had a .289 lifetime average and accrued 2,715 hits.
That's more than Ted Williams, Jimmy Foxx, and all but
59 players in the history of the game. But after his error
in the '86 World Series, nothing Buckner  accomplished
really mattered. The image of his blunder was burned into the
consciousness of fans and media throughout New England. 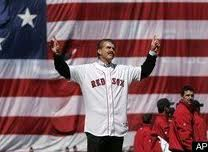 After Buckner threw out the first pitch to start the 2008 season,
which was a highly-emotional event, the former Red Sox
first baseman held a press conference. Teary-eyed and on
the verge of becoming unglued, Buckner said that he had
to forgive the media, not the fans, in order to really move
on in his life. And he did, which in many ways, is really
sad. A man makes an error playing a kids game and he
has to live with the pain and shame that the media in
New England thrust upon him. They wrote about him,
mocked, and degraded him as if he weren't a human being.
They buried a career that was just 285 hits from being
enshrined in the Hall of Fame. No town creates a scapegoat
better than Boston and they had one of epic proportions.
And it is sad how they treated Buckner, really sad.

Everybody in New England kind of  lightened up on
Buckner after the Red Sox won two World Series titles
in seven years, but after suffering the biggest collapse
in baseball history, fans in the region are back to being
the same miserable souls they were until they won
it all in 2004. The Red Sox have a new scapegoat in
Terry Francona and that big bus is back in motion, running
over a lot of people who had a hand in the team's
monumental meltdown. Even Buckner's name is being
tossed around again. He appeared in "Curb Your Enthusiasm"
in early September when the Sox had a nine-game lead.
They started to collapse the day after Buckner made the
catch his life, saving a baby from an unhappy ending.
Unfortunately, Buckner couldn't rescue the Sox from
hemorrhaging to their own death.

Imagine what is going through Steve Bartman's mind
as he continues his stay in hiding, almost disappearing
into thin air in this world of cellphone cameras, Internet,
and paparazzi. The fans and media in Chicago are
even more pathetic than the ones in Boston. They still
blame a fan, someone who wasn't even playing, for
the Cubs misfortune. 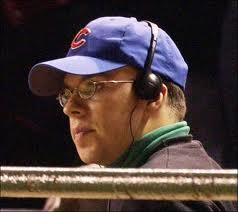 Think about it. The Cubs were leading 3-0 and were five outs
away from going to the World Series. And they blame a fan.
Not a player, but a fan. A loyal Cubs fan who just wanted to
catch a foul ball. It didn't matter that Alex Gonzalez booted a
routine double-play ball that would have gotten the Cubs out
of the inning. Everybody in Chicago, fans and media alike put
the Billy Goat horns on Bartman, just as the ones in Boston
did to Buckner. How sad. How very sad is that? Bartman, like
Buckner had his life changed forever and he has to live
with taunts, criticism, and pain that few of us can imagine
living with.
Posted by Paul Devlin at 10:08 AM