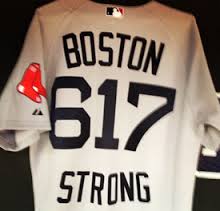 I am Boston. Last Monday was the worst day of my life. Terrorists set off two bombs trying
to wreck my beloved marathon. I lost three beautiful people in Martin Richard, Krsytle Campbell, and Lu Lingzi. Almost 200 more were injured, many of them badly. I was shaken to my core,
but I am strong and still standing. 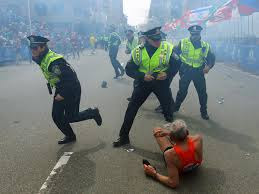 I am Boston and I learned a lot about myself and others over the last week.

I used to think courage was Tedy Bruschi coming back from a stroke to play for the Patriots,
but my police department, as well as the one from Watertown showed me the true meaning of it.
Those two terrorists sprayed them with bullets and threw bombs at them, but they stood tall in
the face of evil and brought them to justice. 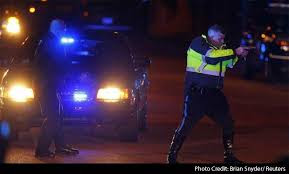 I thought bravery was Terry O'Reilly of the Bruins taking on the biggest, baddest, and meanest
guys in the NHL and beating them silly with his fists. I was wrong. Bravery is defined by the first-responders, who put others ahead of themselves, even though danger was still very much in the air. Carlos Arredondo, the man in the cowboys hat, pulled fencing off the victims and saved the life of Jeff Bauman by pinching his femoral artery so he wouldn't bleed out. How incredible is that? 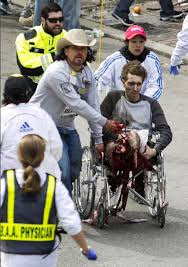 I once thought precision was Pedro Martinez of the Red Sox painting the black of the plate with
95-mile an hour fastballs. That's absurd to me now. Precision is the coordinated effort of the FBI, S.W.A.T teams, state and local police. They used a robot to rip the tarp off a boat and thermal imaging to confirm suspect #2 was in there. Truly amazing. 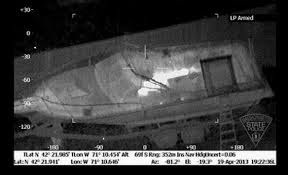 I am Boston and if you mess with my city again, you will pay the price. Our people will hunt you
down, kill you, capture you, and take away your freedom forever.

I am Boston and I watched Ted Williams, Bobby Orr, Larry Bird, and Tom Brady grow up and become legends. I'm not impressed with anything less than greatness, and the performance of all
those law enforcement officials, first-responders, and volunteers was wicked awesome. Greatness personified. 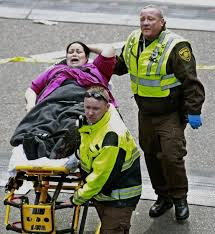 I am Boston and I used to be self-reliant and standoffish. If I had a problem and outsiders wanted
to help, I'd say, "I'm good. I can handle it myself. Don't worry about it." But this time, I was
hurting and you were still there to help me. Thank you. 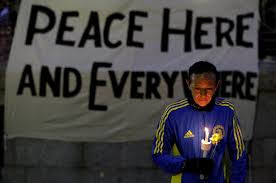 I am Boston and I know that I'm not always easy to like. I have the best sports teams, colleges,
restaurants, and even Fenway Park, the cathedral of baseball. Some of my people are arrogant
and more sandpaper than satin. They can rub out-of-towers the wrong way. There's a reason
some of them are called Massholes. I understand. This tragedy is sure to make me a little kinder
and gentler. I hope some of those people follow my lead.

I am Boston strong and now I'm even stronger. This tragedy has brought everybody in this
great city closer together. We have a bond that can't be broken and a spirit that can't be shattered. 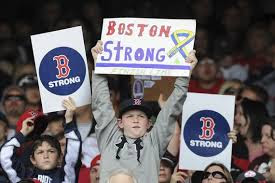 I am Boston and next year, my marathon will be better than ever. People will come from all over
the world to honor the victims of the tragedy. Thousands of people will come to applaud the
first-responders and law enforcement officials. It will be the biggest and most important event
of the year.

I am Boston and I love David Ortiz. He, like most of the people in my city, speaks from the heart.
He was talking my language on Saturday. Nobody can take away our freedom, our marathon,
and happiness. F*#K*@G, nobody. 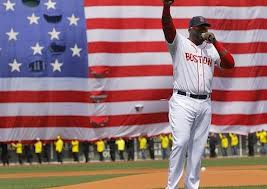