BOSTON BOMBING: THE SOCIAL MEDIA HUNT IS OFF AND RUNNING

At close to 5:15pm on Thursday, the FBI lifted the black items that had been covering two
large poster boards resting on an easel in a Boston hotel room. In a way, it felt like the
old game show, "Let's Make A Deal", where contestants and viewers at home were directed
by Monty Hall to see what was behind door number one, two, or three. 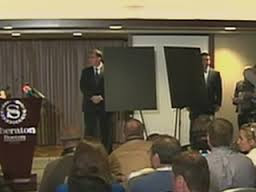 The anticipation and tension was palpable, with everyone on the edge of their seats, especially
after CNN, Fox, and the AP botched and just embarrassed themselves a day earlier, saying
there had been an arrest in the Boston Marathon bombing case.

But this was no game show and  Rick DesLauriers was not Monty Hall. This was more like
"Let's Make These Guys Pay," and it touched off the biggest manhunt on U.S. soil in more
than 15 years.

DesLauriers, the head of the FBI's Boston office, unveiled pictures of "suspect 1" and "suspect 2"
causing a collective gasp among reporters, photographers, and viewers at home. This was not a
case of a lone wolf, but a carefully thought out attack on innocent people. Faces were pinned to
an evil act that caused three deaths and injured more  than 170 people in a fiercely proud city
that loves sports, politics, but most of all revenge. 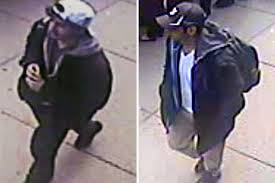 Thanks to Facebook, Twitter, and an entire social media network that seems to run on crack, this
manhunt will be unlike any other we have ever seen. Within seconds of the FBI's announcement,
the pictures and video were downloaded and posted for the entire world to see.

CSI-wannabe's everywhere were dissecting the suspects movements and clothing as if it was
their most important and only job. Comments on Facebook said suspect number 2 was
bowl-legged and a friend recognize him instantly. Bridgestone golf hats were copied and
pasted from sporting good websites for comparison of the hat suspect number one was wearing. Through Twitter, the  FBI had already received more than 10,000 tips by 10pm. 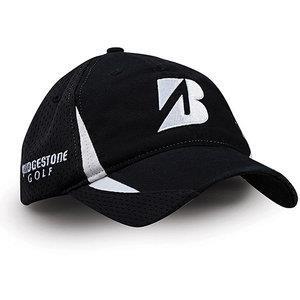 It seems like the entire world is investigating the case right along with the FBI and Boston law
enforcement officials. When the FBI asked for people's help in identifying the suspects, it seemed
like a good excuse to make it our full-time jobs. Facebook and Twitter have given people a
platform to pontificate, investigate, and commentate. Theories abound on where they're from,
where did they go and how did they get there. And because this world that has gotten so much smaller because of social media, somebody will know somebody somewhere who knows one
of the suspects, and then tweet it across the Twittershpere.

A picture will be posted on Facebook somewhere at sometime and someone might recognize
one of the suspects and call the FBI. Again, the world has gotten so much smaller thanks to
all these social media networks and there really isn't that many places to hide.

This case is fascinating and scintillating. We never saw video of Eric Rudolph going to
plant  the bomb in Centennial Park during the 1996 Atlanta Olympics and there was nothing instantaneous about  the information we got about it because there wasn't any called social media back then. The nation saw video of several of  the hijackers of 9/11 pass through airport
security, but that was long after they committed their despicable acts and had perished. 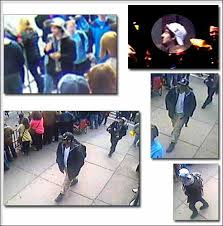 We have seen video of these suspects minutes before they committed their senseless and evil
crime. We see how they look and how they act and the confidence they demonstrate with bombs
on their backs.

And this is different. This is a different world that uses social media for every piece of information
it can possibly digest. Three days after the Boston Marathon bombing, just about the entire
world has seen the video of these suspects. They are out there somewhere. They have friends
who will rat them out. Somebody in Spain might have a picture on their phone that looks like
one of the suspects and they will send it instantaneously to the United States to see if it matches
up with the ones in the video. It happens. And this case might end like never before.

The suspects  are running in a world that isn't so big anymore thanks to all the social media vehicles.

This is a manhunt that is probably going to end quickly, and a big reason for it might just be
because of social media.