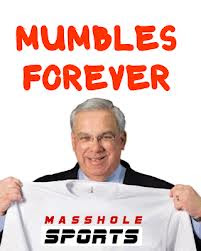 On Thursday afternoon, Thomas Menino announced  he will not seek an unprecedented sixth
term as mayor of Boston. The 70-year old political giant is the only Italian-American to head up
the  city and the first non Irish-American to hold that office since 1930. It's been a great run for a
man who has provided enough comedy for the city to last the next 100 years.

Menino, known as "mumbles" because he often stammers over his words, which makes it
difficult for everyone to understand what the heck he's saying. An interpreter at the United
Nations would be driven crazy trying to figure out the words coming out of Menino's mouth
with that thick Boston  accent hindered by a significant lisp. He screwed up more names than anybody in the history of politics and became synonymous with malapropisms. 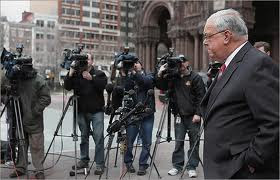 He once referred to the shortage of parking in Boston as "an Alcatraz around my neck." Um,
Mayor Menino, that would be an "albatross" around your neck. He called former mayor John
Collins a "man of great statue", instead of stature. Oh, yes, Menino was a piece of work, if
not a thing of beauty.

As bad as he screwed things up, nobody found a way to really dislike the guy. He is Baby
Huey all grown up. Menino's approval ratings stand at 74 percent, which is pretty amazing in
this day and age of hardcore politics, especially in Boston.

Boston loves its politics and is obsessed with sports. Menino has been the mayor of this world-
class city and the best sports one in the country, bar none, for 20 years. Sports fans in Boston
know everything. They can tell you not only everything about Dustin Pedroia, but the names
of the parents of the back-up second baseman in Pawtucket, as well. Menino has trouble remembering the names of the best players who star in his city, much less the minor-league
ones in small towns in places you've never heard of. 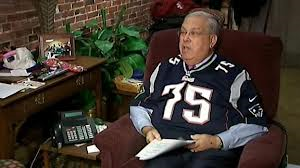 He botched names so badly, Boston fans couldn't wait for the next parade just to hear which
names he'd butcher even more. When talking about the Celtics, he once called Kevin Garnett,
"KJ", instead of KG. He called Rajon Rondo, "Hondo", perhaps, mixing up the Celtics guard
with the former great, John Havlichek, who went by that nickname.

Oh, players around the city were called much worse, and it was comical. Former Patriots
receiver Wes Welker was called Wes "Weckler" by the mayor. Vince Wilfork became Vince
"Wilcock" (Ooops) and "The Gronk" got shortened to "Gonk" by Menino. The more he screwed
up, the more popular he seemed to become.

During the unveiling of the Bobby Orr statue, which showed him scoring his famous goal
that clinched the 1970 Stanley Cup, Menino recounted some of the greatest moments in Boston
sports history including "Varitek splitting the uprights" to win the Super Bowl. Sorry, mayor,
that was Vinatieri, not Jason Varitek, the former Red Sox catcher. It didn't matter, we all knew
what he meant. Why "SNL" didn't lampoon Menino every week is beyond me. They could've created must-see
segments that would've brought down the house. Menino was just that funny, or fun to make
fun of for the people in Boston.

I was in Boston for three of Menino's 20-years in office and I enjoyed what he brought to the
city. Oh, he might not go down as the best mayor in the history of Boston, but Menino will
certainly be one of the most memorable ones.

Good luck, Mayor Menino, we are going to miss you, and miss you screwing up the names
of all those Boston athletes. 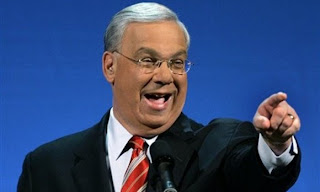