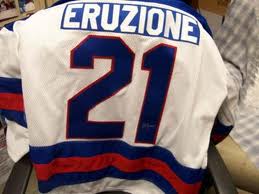 Next weelk, Mike Eruzione is going to feel like he won the lottery. The captain of the 1980
Olympic hockey team is auctioning off the jersey he wore when he scored the game-winning goal over the Soviets. Auction experts say the white, number 21 sweater could fetch more than
one million dollars. One million dollars for a piece of history. Wow.

Eruzione will also put up nearly everything he used on the way to hockey immortality, including
his stick, gloves, warm-up suit, cowboy hat, and the jersey he donned when Team USA clinched the gold-medal against Finland. 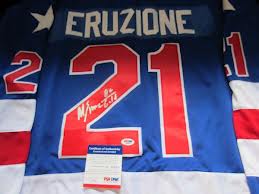 The question is, why would Eruzione, after nearly 32 years, put these items up for auction. Aren't these prized possessions that should be kept forever?

Eruzione says he's not broke and doesn't need the money. He says he wants the financial windfall
for his kids and grandchildren, which is admirable. 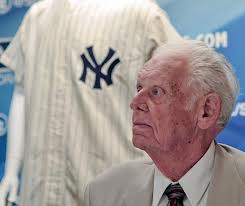 Don Larson, who auctioned off the New York Yankees uniform he wore when he pitched the only perfect game in World Series history in 1956, said he wanted to give the $716,000 he received
for it, to his grandchildren, as well.

Many people in society look at these legends and wonder how they could cash in on their pieces
of history? We wonder why it always has to be about money. I say, why not?

Eruzione's equipment had been pretty much collecting dust in a basement for the last three
decades. To him, it could be just that, equipment. As an athlete, his ultimate goal was to win an Olympic medal, which he did, and is not going to sell for any price. 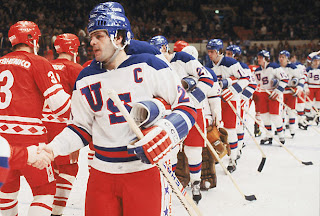 However, if his jerseys, sticks, and gloves, are just that to him, why not get money from a
person who thinks they are important and part of history. I've never really understood people
who pay millions of dollars for a game-worn jersey, but to each his own. Isn't it just laundry
with a name stitched across it?

Ozzie Smith, the Hall of Fame shortstop, recently auctioned off the 13 gold gloves he won
during his career. Some guy paid $519,000 for them. Smith doesn't need some gold-plated
gloves on a stand to validate his stature as on the best defensive players at his position in
the history of the game. After all, he has a plaque in Cooperstown that tells everybody that. Perhaps, Smith got tired of seeing his 13 gold gloves lined up in his trophy room and just
wanted to get rid of them. If they're around long enough, don't they become like furniture or
paintings on the wall that you don't even notice anymore?

If athletes hawk their goods for the money, so what? Larson is 83-years old and didn't make
more that $150, 000 during his entire 15-year career. If he's going to get three-quarters of a
million dollars for a uniform he no longer wears, what is the big deal? It's his life, his choice. 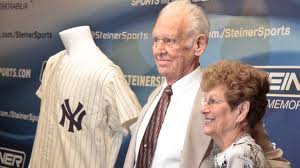 I can tell you this, athletes are not as sentimental about their momentous as most of us are. They
don't play for a uniform, bat, stick, or glove. They use those items to take them where they want
to go and achieve their goals. Most of these medals, awards, and trophies just end up in a box somewhere collecting dust.

I think if athletes want to sell their memorabilia, so be it. It's their life, their choices. And if
there is some fool out there who wants to give them a million dollars for a jersey or uniform
they no longer wear, good for them.

They have something that can't be bought and that's their memories of everything that went
into winning a trophy, medal, or other award, which in most cases, means a lot more than
piece of hardware.