CHUCK PAGANO IS HOME FOR CHRISTMAS 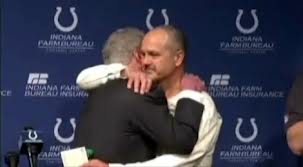 The Christmas spirit seemed to be sucked out of the holiday season by the
tragedy in Newtown, Connecticut. It's hard to think about celebrating the birth
of Jesus Christ when we are mourning the loss of 20 innocent children
and six caring adults.


But on the eve of Christmas, a little joy was pumped into a sports nation that
is still wiping away the tears from the pain caused by a senseless massacre
in a small New England town. Chuck Pagano returned to work for the Indianapolis
Colts, driving into the team's facility early Monday morning. The first-year head
coach spent the last three months battling leukemia, undergoing grueling rounds
of chemotherapy.

Pagano lost weight and his hair, but not his team, which provided the love and
support rarely seen in professional sports. Most them shaved their heads in a show
of solidarity for their head coach. Two cheerleaders did the same to raise money
for cancer research and show their love for a man who had worked and waited
nearly 30 years to get an opportunity to lead a team. 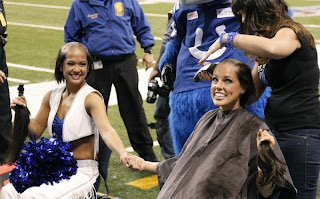 Chemotherapy treatments started for Pagano on September 26. In his absence,
the Colts played inspired football on their way to clinching a playoff berth, an
amazing accomplishment considering they not only lost their head coach, but
also because they had won just two games the season before. Bruce Arians
stepped in for Pagano and carried the torch  and team to the playoffs. On Monday,
the torch was passed back to Pagano, who has been cleared by doctors to
resume his coaching duties.

Understandably, Pagano was very emotional at Monday's press conference
announcing his return to the Colts. His eyes watered, his lips quivered, and
there were times when the lump in his throat kept him from talking. Pagano
thanked his wife, family, and the entire Colts organization for standing by
and giving him their love and support. 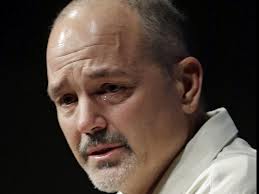 This wasn't about football, but real life. Cancer doesn't lose very often and if
it does, the scars, both physical and emotional, don't go away quickly. With
his comeback, Pagano is now an inspiration to other cancer patients around
the world. He is an inspiration to his team, giving them a lesson in perseverance
and iron will.

His appearance alone gave many the reason to smile again and help ease
the pain for millions who've been affected by the tragedy of Newtown. Pagano
smiled brightly at his press conference, knowing that he beat cancer, while
getting the chance to return to his second home and family, the Indianapolis
Colts.
Posted by Paul Devlin at 3:09 PM