I really thought today would be the day that changed my life forever. I had visions of appearances
on Letterman, Access Hollywood, and the Today show. But when I woke up this morning and
scanned the Internet, I realized that I had become like Bill Murray's character in "Groundhog Day."
No matter how hard I try, not matter what I do, I get the same result. For years, I've been trying
to get chosen as Sports Illustrated's Cover Model for the swimsuit issue. And every year, I get
rejected like the two guys who ring your doorbell while toting a bible and outfitted in a black tie
and white short-sleeved shirt. They always say something about being Saints fans back in the day. 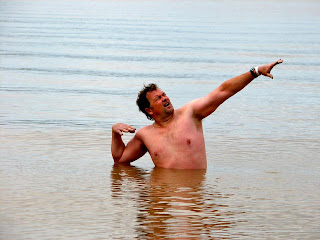 After a month of hard core training and dieting on nothing but Krispy Kreme donuts, I thought
I was in prime shape to make my dream come true. I was shredded like Terrell Owens' mother
and studied with the Dali Lama to ensure that I was poised and of a clear mind to produce
a remarkable photo shoot. The award-winning photographer, Elizabeth G., suggested the
banks of the Croton-on-the-Hudson just outside of New York City as our location. She wanted
to use the chocolate-colored river to bring out the true contrast of my frightening white body
(Think Larry Bird or the population of Maine whose flesh doesn't see the sun until mid-August).

We decided to expand our portfolio with body painting. I knew this had become popular with
the people of Sports Illustrated and fans of the issue. Elrod Neiman, the son of world-renowned
painter, Leroy Neiman, was chosen to turn my pasty-white body into a cover of deep black with
blue striping. I thought it worked well, and with the variety of my portfolio, I certainly thought
it would give me a better chance at making it onto the pages of Sports Illustrated. 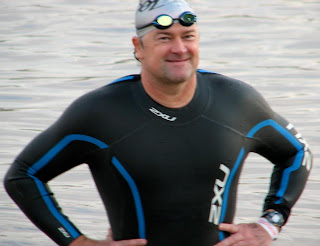 The latex-based paint from Sherman Williams made the hair in my arm pits a little crunchy,
but other than that, and the eight hours it took to canvass my 240 pounds of meat, it was
a good experience. After a healthy dosing of air-brushing and glossing, I was confident that
I'd finally become a household name after my appearance in SI. This would surely be the day
that my dream would come true.

My agent got a call in mid-December from Sports Illustrated saying they were going to
produce an "Over 40 and fat issue" and wanted to know if I was interested in that one, which
comes out in August. "No chance," I said. "It was all or nothing. You can play in the big
leagues in Tampa or you can do it on the big stage of New York." I wanted the February
issue or nothing at all. I got nothing. Not a crumb, not a scrap, not an insert for Viagra on page
232. 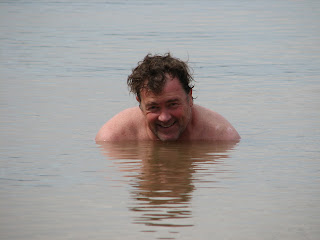 That's ok. There's always next year. If Randy Moss and Manny Ramirez can make a
comeback well past their prime, then so can I.