JEREMY LIN: MORE PROOF THERE ARE NO 'EXPERTS' 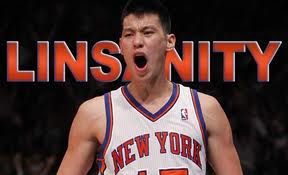 In sevent starts with the New York Knicks, Jeremy Lin is averaging more than 20 points a game
while running the offense like Bob Cousy. He has single-handily saved the Knicks season and
perhaps, even the NBA, whose games were about as watchable as an 8-year trying to play Mozart
on the piano.

Lin has become a bona-fide sensation and the talk of New York, the country, and all of Asia. His
story is nothing short of amazing. Undrafted out of Harvard, like just about everyone else who has
played basketball at the Ivy League school,  cut by two NBA teams, and buried on the bench of a
third. Lin only got playing time because the Knicks needed warm bodies on the floor. Now, he's
playing like Steve Nash in his prime.

Anyone who has watched Lin play realizes that he is a something special. He is an unselfish,
team oriented player with incredible skills. The big question is, in a sport where scouts and
executives can spot players thousands of miles of away (Ricky Rubio, Dirk Nowitzki,
Pau Gasol, among many others), how did they miss on a special player like Lin, who was
playing in their own backyard? How could the Knicks, who were so bad before the installation
of Lin, bury a player of such talent on the bench. Mike D'Antoni and his staff watched him
every day in practice and they didn't know he was this good? 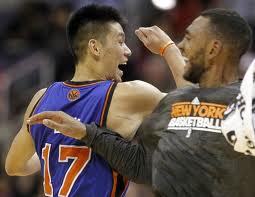 Lin is further proof there are no 'experts' in sports, or in most businesses for that matter.
It used to sicken me when the media outlets would bring on "anti-terrorism" experts after
the World Trade Center bombing in 1993, 9/11, Anthrax, and the Times Square bomber.
If you were such an "expert" why didn't you help prevent the things you're providing
"expert" analysis on?

In the world of sports, the "experts" make colossal blunders all the time. Tom Brady was
a  sixth-round draft pick, which means every NFL team passed him over not once, but
five times. Are you kidding me? Those same NFL experts thought JaMarcus Russell, Ryan
Leaf, Tony Mandarich, and Vernon Gholston were first-round picks and impact players.
How'd they turn out. The list goes on and on and on, of players who were busts. The ones
who were scouted and praised by the likes of Mel Kiper, Jr. 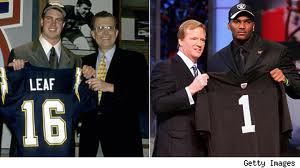 These same experts give ridiculous contracts to players like Carl Crawford, Carlos
Zambrano, Jayson Werth, J.D Drew, and Adam Dunn. These GM's and executives have
become like weather "experts" on television. You're considered a success if you're right
about 30 percent of the time. Ooops, I missed on that huge storm?! Oh, that's ok,
as long as I smile and dress nice, I'll keep my job. It's gotten to be the same way with
the so-called "forecasters" and "predictors" in sports.

There are no "experts" in sports, especially baseball. There is no schooling or education
they get that makes them smarter than anyone else. Some like Jerry West, one of the
greatest players in NBA have a feel and an eye for talent and know about chemistry.
Others like Michael Jordan have absolutely no clue on how to evaluate talent and put
together a team. He, like many other GM's in sports are no better than people putting
together a fantasy sports team, who are "experts" just like everyone else.