Few people are as obsessed with "legacies" as those in the sports media. After someone
retires, makes a clutch play, or self-destructs on the field or in life, the talking heads and
computer geeks with a press pass always seem to want to pose the question, "How will
they be remembered?" Or, "How will this effect his legacy?"

This was never more apparent than during Super Bowl week when many were asking
how  a loss by the Patriots would change the legacy of Tom Brady and Bill Belichick,
who were  3-1 in Super Bowls before last Sunday. If it wasn't Belichick/Brady, it was
how a win would effect the legacies of  Eli Manning/Tom Coughlin. If they get their
second Super Bowl victory, would they be considered Hall of Famers? 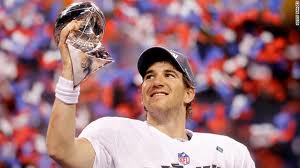 I have one big question. S-E-R-I-O-U-S-L-Y? This legacy stuff while athletes and
coaches are still competing is ridiculous. I mean, who really cares and what does it matter?
What was Tiger Woods' legacy after he won his 12th major and what was it after he slept
with half the woman in the free world?

It just doesn't happen with sports figures, either. What if we etched George Bush's legacy
in stone after he landed  on an aircraft carrier on May 1, 2003 and proclaimed that it
was "Mission Accomplished" concerning the wars in Iraq and Afghanistan? Those two
wars ended eight years later. When Bush touched down on the USS Abraham Lincoln,
American casualties stood at 139 killed and 542 wounded. That was over 4,000 US fatalities
ago. 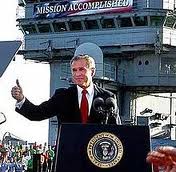 Chris Matthews on MSNBC called Bush a “hero” and enthusiastically stated, “He won
the war. He was an effective commander. Everybody recognizes that, I believe, except
a few critics.” I wonder what Matthews would say if he re-evaluated things today.

There is a start and finish to every athlete, coach, and even politician's career. Why do
people waste time trying to write it long before they are over? Should the sports world
have set John Elway's career in stone after he was on the losing end of his first three Super
Bowls? He won his last two, so what's his "legacy?" Does it really matter?  Who does it
really matter to that Dan Marino never won a Super Bowl? Is he less of quarterback than
Elway because the Bronco legend won two of them? 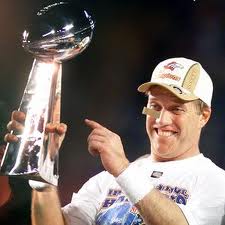 Don Shula, considered one of the greatest coaches of all-time, had a record of 2-4 in Super
Bowls. Did that really effect his legacy? Hell, no. He's in the Hall of Fame and considered
one of the best ever leaders of a football team. Belichick and Brady won their first three
Super Bowl appearances, but have lost their last two. Will that effect their entry into the
Hall of Fame? Doubt it. 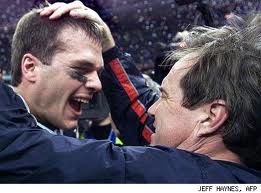 I get it. I realize that because of PTI, SportsCenter, Talk Radio, Twitter, and Facebook, there
are platforms to debate, rage, and vent. It drives the numbers and moves the needle. I get it.
But this "legacy" stuff long before a career ends, is somewhat laughable.

Perhaps, Lou Holtz, the former college football coach and current ESPN analyst summed it
up best when he said, "Who cares about legacy? People forget about you five minutes after
your buried."