LUKE MAYE AND A PICTURE WORTH MORE THAN 1,000 WORDS 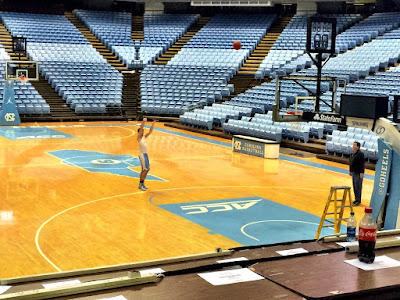 Watching Luke Maye on television hit the shot that sent North Carolina to the Final Four
is one thing, seeing a picture of the former walk-on practicing jumpers with his father, Mark,
is quite another.

The photograph was captured by Andrew Carter of the News & Observer last year in late
February after a regular-season game. The clock said it was close to midnight. The empty seats
tell you everybody's long gone and probably resting comfortably in bed. A little used player,
craving meaningful minutes, knows he has to get better. A father who knows about sacrifice, commitment, and the fine line between success and failure in big-time college sports, is going
to help him get there.

Oh, I reckon the conversation on the floor that night didn't add up to 10 words, much less 1,000.
There were maybe a few, "good shots", or "keep your elbow up", but nothing else really needed
to be said between father and son. They knew. They both knew what it was going to take to be
more than an end-of-the-bench type of player at Carolina. 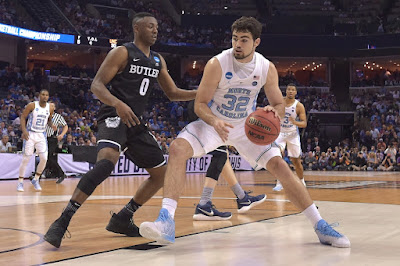 Luke Maye didn't go from reserve forward to an important player in the NCAA tournament by
accident. He put in the hard work and earned it.

Roy Williams didn't put his trust in a player in the biggest game of the year just because that
player's father used to be the quarterback of the football team. Luke invested a lot of sweat
equity when nobody was watching and secured it.

It wasn't by a stroke of luck that Luke hit the biggest shot of his life and one of the biggest in
the storied history of North Carolina basketball.

He was ready for it. 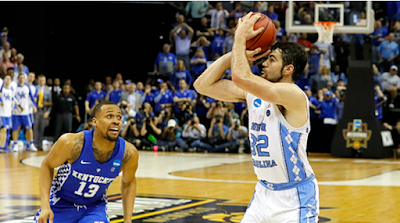 Thanks to his father who was feeding Luke ball after ball on that February night a year ago,
Luke made the most of his opportunity. Mark didn't need to push or pressure a kid who bet on himself to walk-on at North Carolina team after bypassing scholarship offers to other schools,
but he knew.

He knew that behind every great shot there are usually thousands of others that clanked
off the rim, backboard, or missed everything, altogether. But he kept feeding Luke and fueling
his desire to get better.

He knew about the doubts, lonely moments, and failures that would cause many athletes to
pack it in and quit. But he encouraged Luke to keep believing in himself as he sat on the
bench. 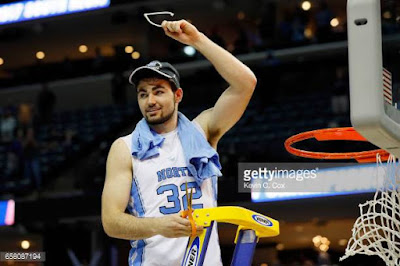 Luke Maye's jersey may not go up in the rafter alongside Michael Jordan, James Worthy,
Sam Perkins, and countless other North Carolina All-Americans, but he is a basketball legend
throughout the state. No Tar Heel will ever forget him or his shot that beat Kentucky.

Hard work, persistence, and a father who knew better, helped make it happen.