THE COURAGE OF JOHN MARTIN 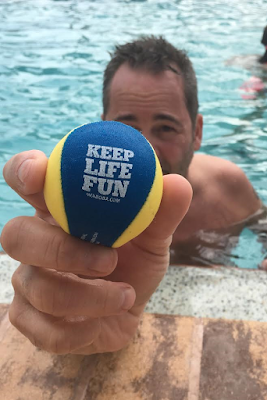 "I was waking up at 4 a.m. every single day asking myself if all this was real."

John Martin's near-perfect life was shattered in early October when he was diagnosed with ALS.
Sleepless nights and questions to himself were returned with brutal answers. One minute, Martin
was living the dream as a father of two beautiful girls while firmly entrenched in a job he truly
loved. The next minute, a doctor gave him the news that's altered the course of his life.

"It blew me away," Martins said of the diagnosis. "It still blows me away. I can't believe it.
But I am staying positive and doing everything I can to stay that way. That is the biggest part
in all of this. I'm maintaining a positive attitude daily."

Upon learning he had ALS, Martin left his job as a videographer at NESN, his employer of 19
years. Martin has made it clear he's handling the disease  his own way, creating a path that
suits him and only him. Martin recently spent two weeks at a wellness facility in West Palm
Beach, Florida.

"It was a lot of green drinks, wheat grass, salads, and sprouts." Martin said from his home
in Newton, Massachusetts. "It was a type of mental and physical cleansing thing. No caffeine,
no alcohol, and some meditation."

Martin says he is embracing both the Western and Eastern approach to dealing with the
disease which includes acupuncture, meditation, and an energy trainer. He says he's also
working out daily with a stretching routine and a lot of swimming.

"I feel great," he said. "Just like I did before. But sometimes when I look down, there
is a little less muscle than there was before. I'm not expecting to wake up and everything
will be OK. I know that's not going to happen, but I'm dealing with it the best way I can."

Martin also credits his great team at Massachusetts General Hospital for helping in his battle
against Lou Gerhig's disease.

Perhaps, the best medicine has come from his friends back in Boston. Martin is one of
the most beloved members of the media and you'd have to search far and wide to find
someone to say a bad thing about him. If they did, they either never met John Martin or were
flat out lying.

The support for Martin has been heartwarming. A GoFundMe page was set up for Martin
shortly after his diagnosis and in the first two weeks of it going on-line, more than $80,000
was raised. 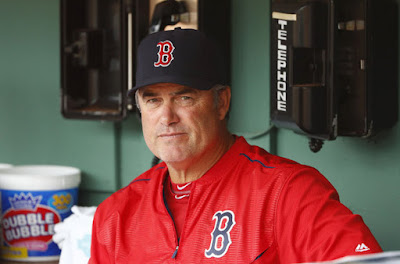 Red Sox manager John Farrell chipped in with a $1,000 and sent Martin, who covered
the team for many years, a text he will always cherish:

"Throughout all the dealings with media- your positivity and being real  has
always been a strength! That strength will always be present."

"That meant a lot to me," Martin said. "He also invited me to visit his office and watch a
game. I've always liked John. He is a class act."

Martin said he's been overwhelmed by the donations that have come in from all over New
England and beyond. Longtime friends have shown their love and generosity. People Martin
has never even met contributed to his cause.

"This college kid sent me five dollars and wrote, 'I don't know you personally, but you sound
like a great person. I don't have much money, but wanted to help out.' "That means as much
to me as the donations that have come in from the big hitters."

Many of Martin's good friends have stepped up in a big way to put a smile on the face of
their buddy. Bryan Brennan, a former colleague of Martin's at NESN, bought a beautiful Stetson
hat during a trip to Nashville while covering the Bruins. Brennan did a little something extra
for Martin. He went into the Bruins locker room and asked them all to sign the hat for Martin.
Every player on the B's did.

"That was awesome of Bryan and the Bruins." he said. "For the Bruins to take time out and
sign that hat. That was really cool."

Martin's love for his work had cooled since his diagnosis. He had covered the Red Sox for
so many years, shooting interviews while making the talent look really good. You can
forgive him if the job took a backseat to what was going on in his life.  But his love for
the Sox and his job was re-ignited in early February.

"When I started to see all the reports from Fort Myers while sitting at home, I started
to get the itch a little bit. I missed it."

Martin missed a lot of his former colleagues at NESN and when he stopped in Fort Myers before
his trip to the wellness facility in West Palm Beach, Martin enjoyed a night out with his buddies
from NESN.

"That was great. Tom Caron and Steve Lyons were there. So was Mike Narracci, longtime
director for NESN and Bill Titus," Martin said. "It was great catching up with them.
It was like I never left."

Martin was dealt a terrible blow. His fate has been revealed and far sooner than he ever
expected. But in true John Martin fashion, he's looking on the bright side and trying to power
through a difficult time.

"I truly am George Bailey," Martin said, referring to the fictional character played by James
Stewart in 'It's a Wonderful Life.' "I still can't believe it. But I'm going to be OK."

As for those sleepless nights? Martin reports he is back to getting seven plus hours of sleep a
night.

Please continue to love and support John Martin. Donate to his GoFundMe page.