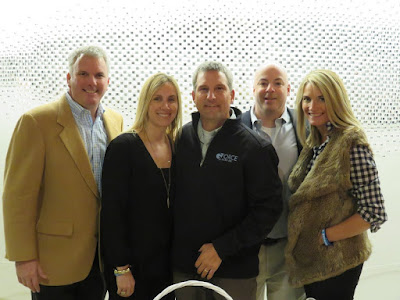 There aren't many families who've passed through New Canaan like the Hardens. Boyd,
Shea, Graham, and Holmes---siblings who define and embody what integrity, class, honor,
and respect is all about,  were raised by Lucy Gail, the sweetest of mothers, and Holmes,
the strong patriarch, who passed away far too young, suffering a heart attack at the age of
50.

Lucy Gail and the kids persevered through the tragedy of losing a father to thrive in the
community, making an everlasting impact in New Canaan through their great accomplishments
in sports and in the classroom. Shea was the smartest of the bunch. She went on to Dartmouth
and earned her MBA at Stanford. Boyd, Graham, and Holmes were great athletes, all three
going on to play lacrosse at UNC. Boyd was an All-America but Graham was All-World.
He was National Defenseman of the Year and named to the ACC's Top 50 players of All-Time. 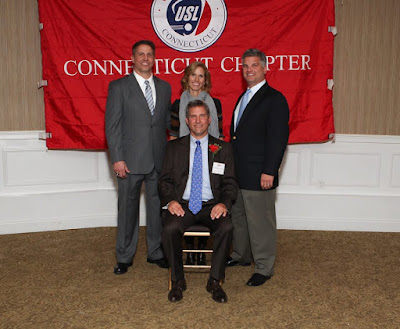 In August. the Hardens, who overcame the tragic loss of their father, received another dose
of unthinkable heartbreaking news. Graham was diagnosed with ALS. Even in a world that
seems to yield tragedy every day, this just seemed so unfair. A great family man who has
given so much back to his community in Cincinnati as a volunteer firefighter, coach, and
through his charitable endeavors, is ridden with an insidious disease that has never lost.

However, the community where the Hardens cemented their legacy, is rallying around
Graham to see that his life is a made a little bit better and all of his medical bills are paid
for. On Friday March 3, more than 200 people gathered at Grace Farms in New Canaan
to show their  support for Graham and his entire family. It was supposed to be a fundraiser
for Graham, but turned into a remarkable show of love, admiration, and respect for
someone who  was not only one of New Canaan's greatest athletes, but greatest of men,
as well. 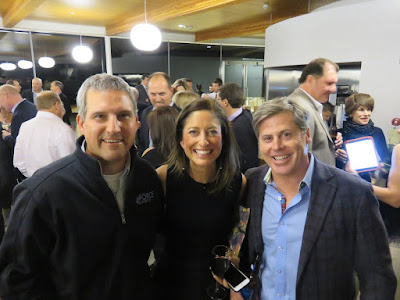 The love was real. The admiration, genuine. The respect, undeniable. Friends who grew
up with Graham in New Canaan, came from all over to honor a person whose had a great
impact on their lives and community. It was truly heartwarming to see New Canaan step
up and support one of its favorite sons.

Graham is taking on ALS just as he battled opponents in football, hockey, and lacrosse:
with an unmatched competitive fire and the same iron will that helped him become one
of the best lacrosse players in NCAA history. 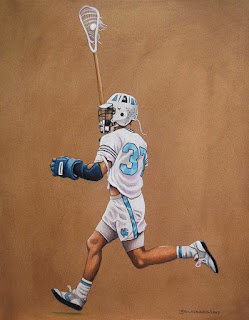 The former All-American has started a blog http://gforcegameon.org/welcome-to-my-blog/
to keep his friends and supporters apprised of what lies ahead for him and answers questions
that many people are afraid, or too uncomfortable to ask.

Friday night was a great showing by New Canaan in its support of Graham. He is a great
father, husband, brother, son, and friend to so many from New Canaan, North Carolina, and
Cincinnati, where he currently resides.

Keep it up, New Canaan. Graham Harden deserves our love and support. 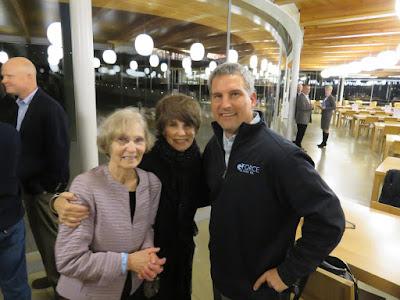