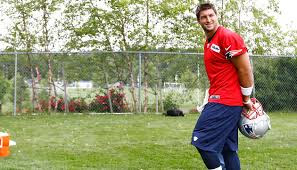 Tim Tebow has been cut by the New England Patriots so now the United States roster of
haters can rejoice. They said he couldn't throw, run a pro-style offense, and doesn't belong
in the NFL. Yep, they told us so. And all those haters may be right that Tebow will never
play again, because after all, they say he's, in the words of Charles Barkley: tuuuuuuur-a-ble. 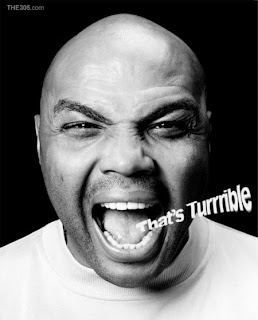 I'm just amazed at all the venom spewed about Tebow. Judging by all the comments on the
Internet and sports talk radio, there are millions of people who just can't stand the guy. They
seemed obsessed with proving how much he sucks and can't play. They seem to revel in his
failure, which in this world isn't all that surprising considering the majority of it seems to
gloat in the failure of others. I've been a part of some companies where some people get all
giddy when a co-worker gets fired. It's sad, really.

And it's kind of sad how much people hate a guy like Tim Tebow. Is it because he wears his
religion on his sleeve? There have been plenty of people before Tebow who've pointed to the
sky to praise God or gotten a knee to give thanks and nobody says a word. But when Tebow
does it, haters everywhere roll their eyes and say, "Lord help us." People mocked the former
Florida Gator with "Tebowing", which became a hit on the Internet, gaining laughs at the
expense of Tebow. 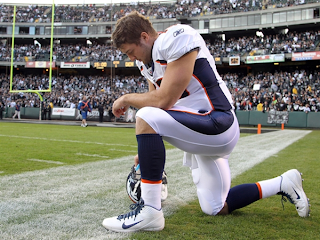 Since he was drafted by the Denver Broncos in the first round a few years back, it's been
open season on the left-handed, bible-thumping quarterback. ESPN analyst Merril Hoge
called Tebow "as phony as  three-dollar bill." Teammates in New York hid behind the old "anonymous sources" thing and said he was "terrible." Did Tebow get upset? Nope, he just
turned the other cheek and tried to get better as a quarterback.

Did the Broncos make a mistake drafting Tebow in the first round? Absolutely. But the line
of teams picking players in the first round who've turned out to be total busts is 10-miles
long. Jamarcus Russell, anyone? Ryan Leaf? Tim Couch? Akili Smith, hello? Mark Sanchez,
how uuuuuuuuu doing? Yes, it happens.

Tebow may never make it in the NFL and the haters will tell us they told us so and feel good
about themselves. They hate from their couches, sitting in front of their big screen TV's with
a beer and a bucket of popcorn in their lap. And, by golly, they can play quarterback better
than Tebow because they sacrificed so much and handled all the critics with class and dignity.

Do you know what Tebow was? A Heisman Trophy-winner, 2-time national champion,
All-American, first-round NFL draft pick, and playoff-winning quarterback. 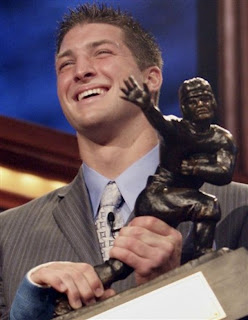 Do you know what Tebow is?  A person of great character, who doesn't swear, smoke, or
have sex. He has never wavered in his faith, nor blinked in the face of criticism from the
media or his teammates. He's never talked bad about anybody, thrown anyone under the bus,
or been arrested. He has taken the time to work, give, and raise money for the less fortunate
Is that so bad? We've had to deal with the likes of Michael Vick, Lance Armstrong,
Ryan Braun, Tiger Woods, and a host of other athletes whose contents of character are made
up of less than savory ingredients and people want to trash Tebow? Please.

Do you know what Tebow will be? Probably anything he wants besides and NFL quarterback
and that might not be so bad. Prior to training camp, Forbes magazine named Tebow the most
influential athlete in sports. That's right, ahead of Tom Brady, Peyton Manning, Derek Jeter,
and Tiger Woods. Why do you think that is? Because Tebow has "it". He can lead and influence
the masses with a speech or just by his work in the community. If he wants to go on the
speaking circuit, Tebow can be a millionaire ten times over. 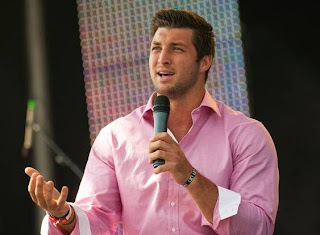 People will say that Tebow failed as an NFL quarterback, and so what? He was the one who
got in the arena and tried to succeed. He's the one who got the snot beat out of him by 320-lb
lineman and 250-lb heat-seeking linebackers. Tebow tried and got cut. He didn't succeed, but
he has already accomplished more in 26-years that most people will do in their entire lives.

Don't be a Tebow hater. Respect what he has done and the person he is. So what if he couldn't
be an NFL quarterback? I have a feeling when it's all said and done, Tim Tebow is going to
much, much more than just a guy who can read a defense and sling a football.
Posted by Paul Devlin at 1:32 PM