JACKIE ROBINSON, BASEBALL NEEDS YOU MORE THAN EVER 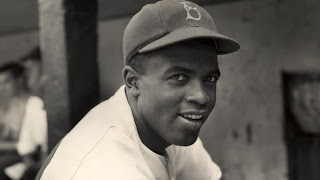 It's sadly ironic that 42, a movie about Jackie Robinson and the hardships he dealt with in
breaking Major League Baseball's color barrier, was released at the beginning of a season
that's turned out to be as ugly as the abuse Robinson took during his rise to stardom.

In 2013, Major League Baseball is dripping in scandal. It should be celebrating the extraordinary
accomplishments of Clayton Kershaw and Miguel Cabrera, instead, it's being dragged down by
the liars, cheaters, and the Biogenesis cesspool. Where have you gone, Jackie Robinson? 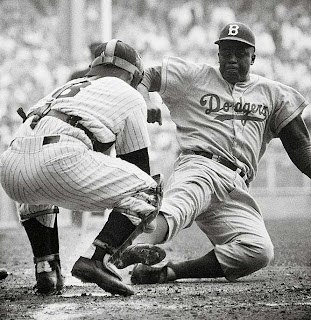 Robinson was a man of such splendid talent and great character, MLB retired his number.
Today, the league wants Alex Rodriguez, a player blessed with incredible skills,
but little else, to just leave the game for good.

Robinson, as we saw in 42, was a man of strong moral fiber, who, in the face of racial taunts,
turned the other cheek and just walked away. As we've seen in the Ryan Braun's mini-series,
he can't tell the truth or walk away without pointing the finger at somebody else to camouflage
his shame.

On April 15 of every year, every major league player gets the chance to wear 42. It marks
the day Robinson made his debut in the league. I'm not sure very many of today's players 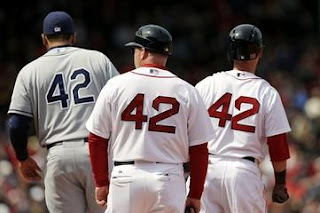 even know what that number and what the man who wore it, represents. They seem all giddy
to wear it, as if it will make great photo to tweet or post on Facebook, but I don't think many
of them truly understand what Robinson meant to the game or even our country.

Robinson was a man and a player who did things the right way. He played hard, he played
clean, and he respected the game. Most of today's players are dirty, self-absorbed, and make
sure to style during their highlight on ESPN.  They will smile to your face while sticking a
needle in their ass.

Nothing seems pure about the game anymore. It lost its innocence a long time ago, somehow
morphing into evil brought on by the steroid era. The players are driven by greed, ego, and
the desire to get noticed. The modesty and humbleness of Robinson has been replaced by the
mantra, "Look at me! Aren't I great?" 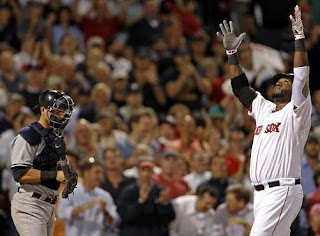 I didn't get to see Robinson play in person, but I can tell a lot by the video of his games. He
played with the joy and enthusiasm of a Little Leaguer playing in his very first game. There
was no posing at the plate, showing opponents up, or pointing to the sky after hitting a home
run.

Why can't baseball be like that once again? Why can't players be more like Jackie Robinson
and less like Ryan Braun? What happened to playing for the love of the game? 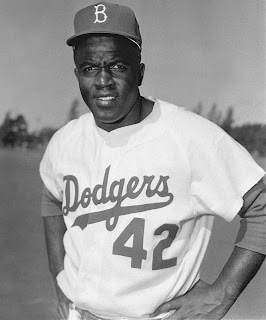 Perhaps, it's still there, but you'd probably have to tune into the Little League World Series
to find it.
Posted by Paul Devlin at 8:22 PM