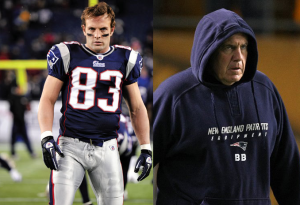 As Bill Belichick was reading the comments made about him by Wes Welker (and make no
mistake about it, the Patriots head coach sees and hears everything said about him by former
players), I'm sure that trademark smirk washed across his face.

Belichick knows that he's gotten in the head of Welker. He knows that Welker is already in
a mind game that he cannot win. He knows that when Welker comes to Foxborough with the
Denver Broncos on November 24, Welker might try too hard, be a little too tense, and be ripe
to make a mistake at the wrong time.

Belichick still owns Welker even though he's with another team nearly 2,500 miles away. 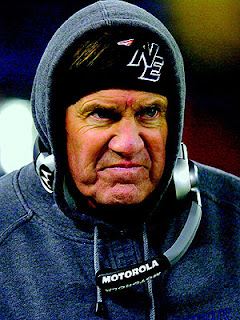 In a cover story on Welker and the Denver Broncos in Sports Illustrated, Welker took a
few digs at his former coach, saying, “It was just kind of hard,” Welker said. “One of
those deals where you have to  endure him, put up with him . . . But he does it to everybody,
it’s the way he is.”

Let's get one thing straight: Bill Belichick is responsible for making Welker the player that
he is. Belichick saw the potential in the diminutive wide receiver and traded for him when
every other team could've had him for a song with the Miami Dolphins. Welker was an average
player with the Dolphins, a team that was clearly in disarray at the time, recording a career-
high 67 passes the year before he arrived in New England. 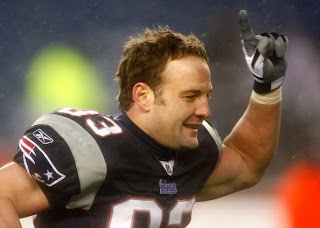 In his first season with the Patriots, playing in the offense designed by Belichick, not Charlie
Weiss or Josh McDaniels, Welker caught a mind-boggling 112 passes. Belichick knew how
to employ Welker in his system and create match-ups that would leave Welker wide open
most of the time.  Playing with Tom Brady, who played as big a part as Belichick in Welker's
development, he became a star. To his credit, Welker was tough, durable, and a gamer. He
averaged more than 100 catches during his six years with the Patriots. But he never would've
put up those numbers in Miami, or anywhere else, for that matter.

Belichick made Welker who he is, not the other way around. From rescuing him from the
black hole that was Miami, to utilizing him in the Patriots sophisticated offense where Brady
could zip passes to a receiver who was usually wide-open, Belichick was the genius who
made it happen. 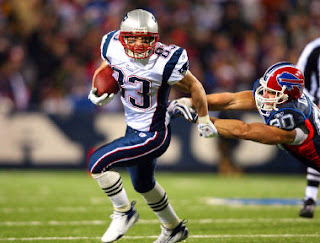 Now, Welker says he's free to be wide open in Denver where he can be himself,
which is what many players often say when they get out of an environment where they
think they've been controlled by a dictator.We've seen it before with athletes, and we'll
see it again. They always think the grass is greener on the other side, then when they
realize it isn't. they often say, "Man, I didn't know how good I had it there."

Nobody gets better after they leave the Patriots, not Drew Bledsoe, Lawyer Milloy, Ty
Law, David Givens, Richard Seymour or even Randy Moss. Welker is bound to put up some
big numbers while playing with Peyton Manning, but he might just do it with the Hoodie
very much in his head. 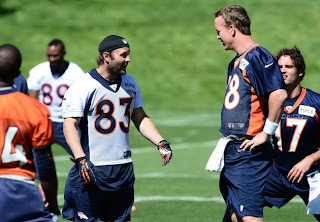 “When I’m answering questions from the Denver media, I’m not worried about what the
Broncos’ people are going to think,” Welker told Sports Illustrated . “I’m worried about
what Belichick will think. Isn’t that crazy?”

Not really, Wes. That's the beauty of Belichick. He still owns you.
Posted by Paul Devlin at 4:16 AM