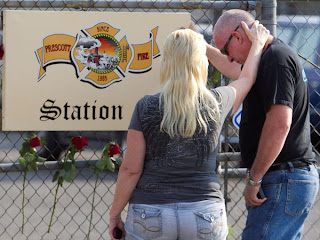 19 men are gone. A raging inferno in Arizona shifted with the winds and snuffed out the
lives of those who were trying to protect others. They were husbands, fathers, sons, but
most of all, firefighters. Outside of their friends and family members, few had ever heard
of these men that made up the Granite Mountain Hotshots, an elite unit within the Prescott
Fire Department.

Today, a nation is mourning the loss of 19 men who tried desperately to slow down and
extinguish a fire that had destroyed more than 6,000 acres in Arizona. It was the worst day
for firefighters since the terrorist attacks of 9/11. We never seem to appreciate what firefighters
do and the sacrifices they make until tragedy strikes and they are gone. It is sad really, really,
really sad. 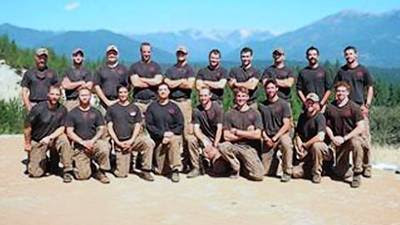 We live in a country that pays more attention to the Kardashians than to the people who
put their lives on the line for the rest of us. We deify athletes because they can run fast,
jump high, or slam a ball through a hoop, yet, we take for granted the people who fight
fires for a living. The media makes an athlete who murders someone the lead story, but
ignores the firefighter who saves a life as a building collapses around them. 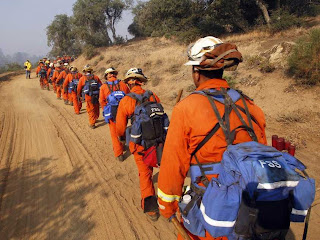 The Granite Mountain Hotshots knew what they were getting into when they tried to
contain a monster blaze that couldn't be contained. They trained for this mission like
Navy SEALS prepare for a covert operation in the Middle East. The were taught how to
slow down and extinguish a wild fire, but nobody except a higher power can control
the direction of the wind. 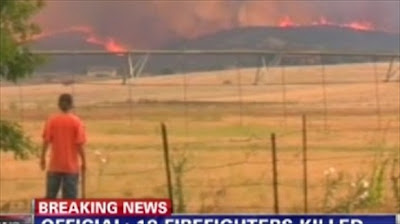 I've never been a believer in the whole, "everything happens for a reason" thing. I'm just
not. The Newtown tragedy erased any thought of that for me. There's nobody anywhere who
can tell me the execution of 20 small children and six adults happened "for a reason." How
can the brutal way in which 19 men perished, have happened "for a reason"? There was
no good reason for it. 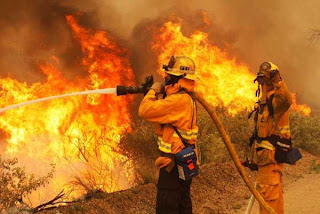 Everyone of the firefighters who entered that fiery arena in Arizona realized this job was
unlike any they had battled before. They knew that mission had the potential to be their end
game. Most people on this planet would never think about fighting fires as a career. It's just
like being a Navy SEAL where the odds of coming home alive are stacked against you. The
odds were stacked  heavily against those 19 firefighters, and when the wind changed, they
had no chance.

There is something called The Firefighter's Prayer, which contains the lines, "And if, according
to my fate, I am to lose my life/Please bless with your protecting hand my children and my wife."

There are a lot of children in Arizona who no longer have a father. There are a lot of woman
out there who no longer have a husband. It's a truly a sad day for firefighters and America.
I hope we not only mourn the lives of these 19 men, but appreciate what they, and all firefighters
around the country do for the rest of us.
Posted by Paul Devlin at 7:17 PM