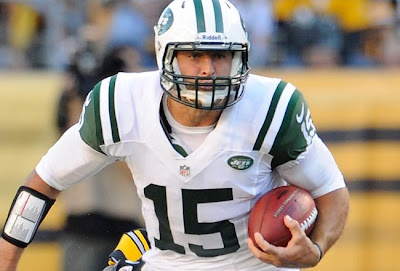 By the time ESPN starts their wall-to-wall coverage of Tim Tebow taking his first breath with
the New England Patriots on Tuesday, everyone from Merrill Hoge to your mailman will
have an opinion on how the team will use the former Heisman Trophy winner.  Third-string
QB, Wildcat, H-back, tight end, special teams, leader of Bible study....we've heard all of the
options by now and God's favorite player has yet to look at the playbook, much less put his
jockstrap on.

Stop speculating. It's just a waste of time and energy.

You may think you know, but you have absolutely no idea. There are very few people who
have ever figured out what Bill Belichick is thinking and nobody knows for sure how he's
going to incorporate Tebow into his system. And make no mistake about it, it's HIS system.
The offense, defense, and special teams are all part of Belichick's system. He built the offense,
not Charlie Weis and not Josh McDaniels. Same goes for the defense and special teams. 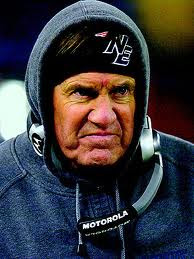 We do know that Belichick draws up better schemes than any coach in the NFL today,
and perhaps, history. Few defenses have been able to stop the Patriots offense over the last
five years, which has evolved and changed many times over that span. It's the most sophisticated
one in the league and one of the toughest to learn (Just ask Chad Johnson, who is currently
inmate 830-2-000-01 in a Florida jail). It uses multiple sets, motion, and head spinning formations. Sometimes it's tight end heavy, other instances it's tight end light. It changes all the time.

It has a lot of interchangeable parts, which has included players like Danny Woodhead, a
guy NOBODY thought would contribute much to the team when the Pats acquired him off
waivers from the Jets. Belichick sure did, though. He took Matt Cassel, a 7th round draft pick
who played only slightly more than I did at USC and turned him into a decent quarterback who
led the Patriots to 11 wins when he filled in for Brady, then signed a big contract with the
Kansas City Chiefs, where he wasn't very good.

When the Patriots traded for Wes Welker  seven years  ago, there wasn't anyone in football who
said, "what a great move, Welker is a  Hall of Famer." Belichick knew what he was getting, didn't
he? During their Super Bowl winning years, Belichick incorporated a linebacker, Mike Vrabel
into the offense as a tight end and he became money inside the red zone. Every time Vrabel
entered the game, teams knew  he was an eligible receiver, yet still couldn't cover him or knew
where the hell he was on the field until he was spiking the ball in the end zone. 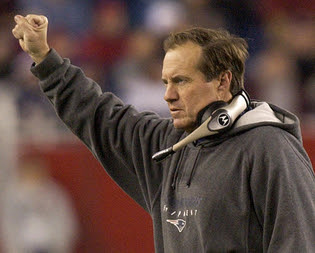 Belichick has managed to put together high-scoring offenses without star receivers (David
Givens, David Patton) and higher-scoring ones with the likes of Randy Moss. But when Moss
lost a  half-a-step and started to poison the locker room, Belichick dumped him for a third-round
pick. Belichick knew.

Now, he's got Tebow, who he views simply as a very good football player who can do a lot of
different things. Belichick loves versatility like Kim Kardashian craves attention. I'm sure
Belichick has been thinking of ways to employ Tebow as soon as he was released by the Jets.
A lot of the experts out there say that Tebow will NEVER play a down at quarterback for the
Patriots. Really? You sure about that? Oh, we all know that Tom Brady is safe and secure in
his job, but do you think he's going to challenge Belichick if the Patriots coach wants to use
him as a change of pace quarterback for a few plays a game? 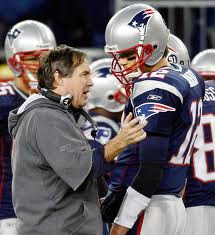 Brady has long said that he respects everything Belichick thinks and does, and would do whatever
his coach wants him to do. Do you really think he's going to pull a hissy fit or melt like a snowman
in the desert like Mark Sanchez did when Tebow showed up in the Big Apple? Hell, no.

Tebow is going to be much more than a "third-string quarterback" as ESPN reported Tebow
would be. Please, Belichick didn't get Tebow to hold the clip board. He loves sticking it to the
Jets more than anybody in the world. He picked up Woodhead after the Jets cut the diminutive
player and made him a star. Belichick saw how the Jets wasted Tebow's talents and couldn't figure
out a way to use him effectively. Wait until the Jets and the fans see how the Hoodie employs
Tebow next year. Belichick will be laughing his ass off. 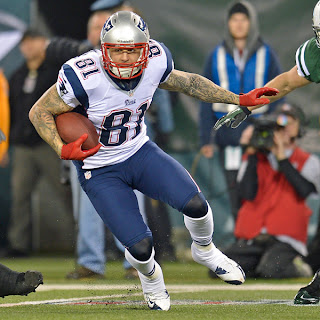 He has also put Aaron Hernandez, a big tight end with speed in the backfield to run the ball
on a few occasiona. Did anybody see that coming? Nope Belichick had the vision, knowledge
and stones to do it and make it work.

All the experts, sports radio jocks, and Chuckie from Chelsea can give all the opinions and
analysis they want, but it doesn't matter. The only person who knows how Tebow is going to
be used is Belichick. And you really don't want to bet against him when it comes to getting
Tebow to be productive in his system? I wouldn't.