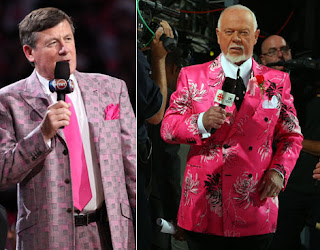 On Friday night, Craig Sager broke out another not-made-for-TV ensemble from his closet.
The TNT sideline reporter must have dressed in the dark while nursing a hangover which
is something, thanks to the Internet, we've seen before. There was a collage of pinks, reds,
and rasberries, encased by vertical and horizontal stripes, making for a, "what the...." hell
moment. 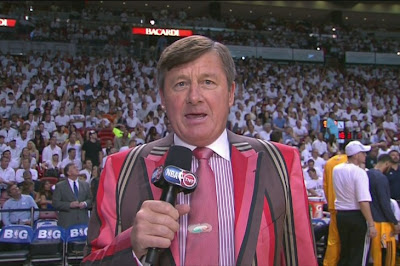 This is Sager's schtick. I can't ever remember his breaking a story or telling the viewers of
anything of significance, unless you consider Dwayne Wade going to a high school prom with
a local teenager, big news. Sager, who entered the national picture in 1974 when he was
a cub reporterand just about greeted Hank Aaron at the plate when the Hammer set the all-time
home run record, has put the "color" in his colorful wardrobe. 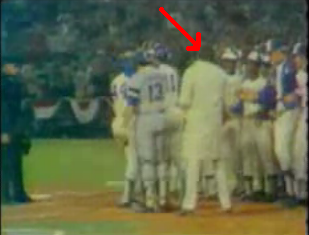 I don't know who designs his  outfits, nor do I care. They are intended to do one thing: get
Sager attention and make him  standout from the two million sideline reporters who say
nothing, ask nothing, and are basically good for nothing. Television is a copycat business,
where people steal ideas, fads, and styles. Sager's style is a flat-out rip off  from Don Cherry,
the NHL commentator and legend for the CBC and "Hockey Night in Canada". 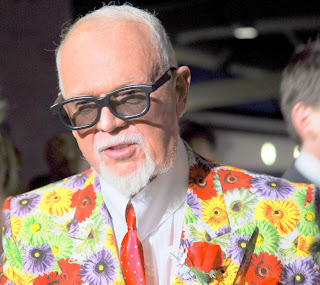 When it comes to wild and wacky outfits, Cherry has been on top for a long, long time. He
is often imitated by Sager, but never duplicated. The former player and coach set the standard
years ago, and no matter how hard Sager tries, he'll never displace Cherry as the best/worst
dresser on television. 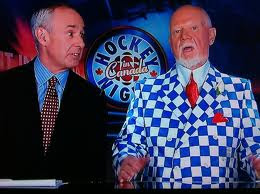 Cherry, a crusty, sturdy, and distinguished looking man, can get away with wearing outrageous
outfits. When it comes to hockey, he is old-school, a commentator who thinks bare-knuckle fighting
is part of the game, and excessive celebrations are not. And besides, he just looks a lot cooler
than Sager in his outfits. Cherry is more likely to be in the middle of an alley-fight, while Sager
looks like an 8th-year senior still trying to make it into a college fraternity. 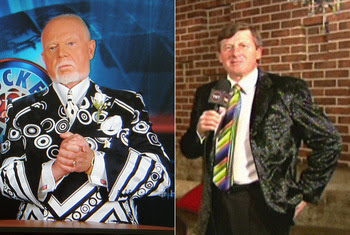 Cherry's suits are made-to-measure, while Sager's suits appear to be just off the rack in Greenwich
Village somewhere. Cherry sometimes wears a suit that resembles a meticulously painted Easter
egg, while Sager sports one that looks like the python he stole from the local pet shop. 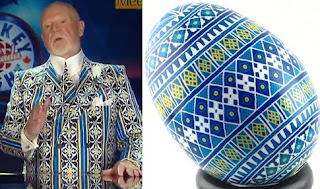 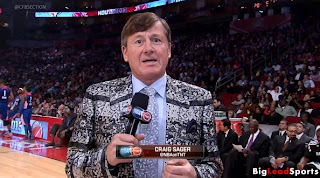 NBA players laugh openly at Sager during interviews. If an NHL player does that to Cherry,
he'll put on the foil and go-toe-to-toe with him. Cherry is that tough. 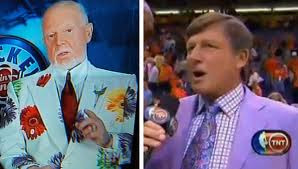 Cherry set the standard and Sager just picked off it. Sager has definitely stepped up his game,
but he's no match for the Bad Boy of Blazers, Don Cherry.
Posted by Paul Devlin at 6:30 PM