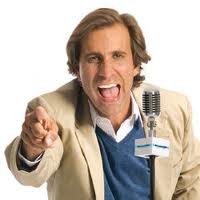 If there was a food label on Chris "Mad Dog" Russo, it would read: all natural, no ingredients or preservatives added. The New Canaan resident and sports talk radio star is genuine, grounded and has a passion for sports that is very real.

"Sports have always been my friend. I was an only child and the relationship with my parents was a little rocky as an only child," said Russo. "Sports were sort of my sibling growing up and they are personal to me. I look at sports as a one-on-one scenario."

Russo's career in sports was almost over before it really even started. After graduating from Rollins College in Florida in 1982, Russo flew to Hawaii for Major League Baseball's Winter Meetings hoping to get his first big break. He ended up landing a job with the Jacksonville Suns, the AA affiliate of the Montreal Expos. Unfortunately, his stay on the payroll didn't last very long. 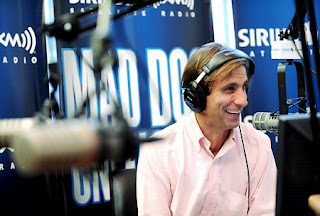 "They hired me to sell advertising time and do play-by-play for their games," Russo recalled. "But they fired me after six weeks and before the season even started. I wasn't the red-hot salesman they thought I was — they used me. Then I banged on the door of a radio station in Jacksonville and got a job three days later doing talk shows. That triggered my career."

Russo went from Jacksonville to a station in Orlando where the general manager sent him to speech therapy because listeners had trouble understanding what he was saying. Undeterred, Russo secured
a job at WMCA in New York where he got tagged with his nickname by Bob Raissman of the New York Daily News in 1988.

"He first called me, 'the excitable one'. Then he gave me the name, 'Mad Dog', which I liked," Russo said. "When I got a job at WFAN, Imus played it up, and the next you thing you know, I have a burgeoning career." 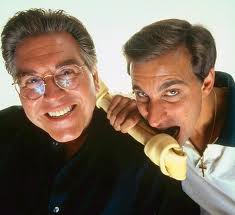 In 1989, Russo was paired with Mike Francessa to form the incredibly successful Mike and the Mad Dog show. Amid reports of dissension between Francessa and Russo, the program came to an end nearly two decades later.

"That was a unique run," he said. "How many people get the chance to do the same show in the same town for 19 years? How many people stay married for that long? The show needed a break and was getting stale. But when it's all said and done, the Mike and the Mad Dog show is probably what I'll be remembered for."

In 2008, Russo signed a 5-year deal with Sirius XM radio, which gave "Mad Dog" his own channel. He says there's no chance of a reunion with Francessa in the future, but is happy with his current job and the place he and his family have called home since 1996.

"I love New Canaan. This is a good town for me," he said. "There are a lot of successful people who are not wrapped up in what you do. They're not that impressed. I can do what I want to do and fit in well. Plus, it's great for kids."

Russo can be heard on SiriusXM radio Monday through Friday from 2 p.m. to 7 p.m
Posted by Paul Devlin at 11:13 AM