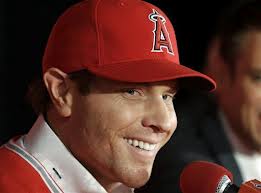 God is talking to athletes again. Before watching Jacoby Jones take his position as a kick
returner during the Super Bowl, Baltimore Ravens linebacker Ray Lewis went over to his
teammate and rubbed his hands down his chest. The San Francisco 49ers special teams unit
then parted like the Red Sea and Jones  ran nearly untouched for 108-yard kick-off return.

Lewis then went up to his special teams coach and said, "God told me to touch Jacoby and
looked what happened." I don't know if Lewis should be a candidate to be the next Pope or
take a seat next to the guys on those Bud Light "Superstitious" commercials who feel by
sitting how and where they do, gives them the powers to do special things---like make their
team win.

On Wednesday, new Angels outfielder Josh Hamilton arrived in camp 20 pounds lighter than usual and it all happened because of divine intervention: 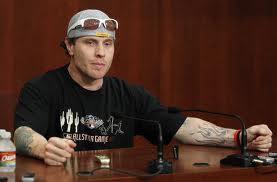 "The Lord kept waking me up in the middle of the night over a month and every time I'd wake
up there'd be a doctor on [TV] talking about what you put in your body and how it makes you
feel," Hamilton said. "And then the juice lady was on. It was like, all right, I always pray the Lord will help me feel better. Well, that's all great, but am I doing my part? Now its time for me to do
my part."

That's right, the Lord made Hamilton sleep walk right into commercials about the juice lady.
Good, Lord. A few months ago, I kept waking up at 2am every day for about a week. I'd turn
on the television and see Jim Lampley wearing those hipster glasses with no-lenses all the time.
Was this a sign from God for me to start wearing the black-rimmed glasses to jump start my
broadcasting career? How did I not see the sign? How dumb could I possibly be? God was
talking to me and I just didn't see it! I'm going to Amazon.com to get me a pair right now.
Look for me anchoring "SportsCenter" next week. 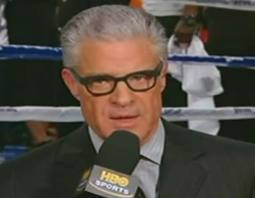 I'm really starting to believe that God is a huge sports fan and really likes athletes more than
the rest of us. I mean, two years ago, he told Albert Pujols to take the $250 million from Arte
Moreno and be an Angel. I just wonder what Pujols would've done if God wanted him to be
a Pittsburgh Pirate. Pujols would've looked just great in the black and gold. But when God wants
you to be an Angel (and a very rich one) you must follow the yellow-brick road to Anaheim.

Last June, former USC defensive back Kevin Ellison torched his bed and turned his apartment
into a towering inferno. When asked by authorities upon his arrest for arson why he did it, Ellison said, "God told me to." Ellison also texted his friends that night saying he was Jesus
and the second coming. 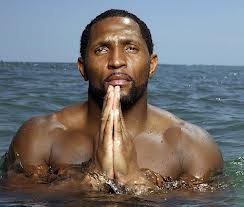 I'm really starting to wonder if Ray Lewis and Josh Hamilton have God on speed dial or have
Him as one of their five favorites on the cell phone plan. Those two guys talk to their Almighty
one more than Manti Te'o spoke to his dead girlfriend that didn't exist.

I was sitting in church on Wednesday waiting to get my ashes for the start of Lent. I stayed awake
long enough to hear the sermon by the priest which was very informative and compelling. The
priest said that God prefers that people pray in private and refrain from putting their faith on
display. He said the Lord's followers should not boast of their relationship with the Almighty
One and put everything out there for all to see.

I'm just wondering if God told all these athletes the same thing,  or perhaps, they're
just not getting the message.