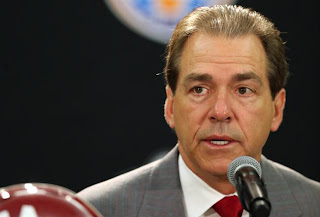 Less than three weeks after reeling in the top-rated recruiting class in the nation, Nick
Saban is thinking outside the box, but well within NCAA rules. The head coach at Alabama
offered a scholarship to one of the best young football players in the country. Dylan Moses
is 6'1" and 245 pounds and can run like the wind, clocking the 40-yard dash in 4.4 seconds.
Saban has visions of Moses spearheading the Crimson Tide defense, going sideline-to-
sideline to make bone-crushing hits.

Trouble is, Saban has to wait a while. Moses is an 8th-grader out of Baton Rouge, LA. That's
right, the kid is only 14-years old, but Alabama wants him now. In the words of legendary
coach Vince Lombardi, "What the hell is going on out there?!" For college programs to even
THINK about recruiting an 8th-grader is truly ridiculous. What's next, AJ McCarron and
Katherine Webb pro-creating to give Saban his first blue-chipper in the class of 2031? 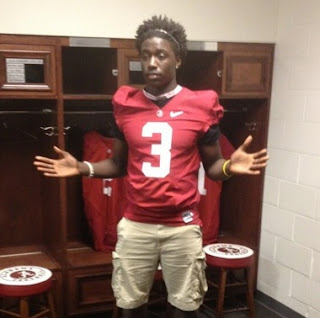 Most people in the sports world already know  the NCAA has more than a issues than Lindsay
Lohan. Some of their rules are absurd and how they enforce them, a travesty. But the governing
body of college sports has to do something about this. If they don't do something now, a lot of
young kids will get screwed up,exploited, and taken advantage of. The world of college recruiting
will get more sleazy and salacious than it already is and the impact it may have on our nation's
school systems, from elementary to high school, could be dangerous.

It used to be a big deal when a high school junior was offered a scholarship, now we have a
kid in junior high school being offered one. I'm sure by this time next year, we'll be reading
about how the child of Manti Teo's  girlfriend who is dead but didn't really exist, has been
offered a scholarship to Notre Dame. He can't run a lick like his old man and can't process
information quite fast enough, just like Manti, but he still has great pedigree, at least that's
what Roniah Tuisasosopo will tell us. 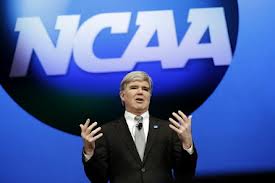 This tsunami is starting to build. If the NCAA doesn't do something to stop it, college athletics
could end up in a worse state than it presently is. From the spread offense to combinations of
uniforms, college sports, much like the professional ranks, likes to play copy cat. After seeing
Saban and Alabama offer and 8th-grader a scholarship, you don't think 100 other coaches
and programs are going to do the same thing? Heck, Saban saw Les Miles and LSU offer Moses
a scholarship before he entered the 8th-grade. What other college is going to be on the doorstep
of Moses by tomorrow morning?

This move by Saban could set off a fire chain of events from college recruiters targeting
players at the Pop Warner level to school administrators imposing restrictions on coaches who
want to set foot on their junior high school campuses. As we've seen over and over, coaches
cheat and try to bend the rules all the time. If they can't get near the school, I'm sure more
than a few of them will camp out in town, in the recreation center, or even at the church in
town, just for the opportunity to talk with the kid.

Insane. This is really going to get out of control if the NCAA doesn't act.

Pressure is already intense for kids and their parents when it comes to sports. Everybody thinks
little Johnny is good enough to get a scholarship to college and play Division I. There
are travel teams, personalized attention, and elite summer camps already. Saban and other college
coaches offering scholarships to kids in the 8th-grade will take the pressure to an entirely
differently level. 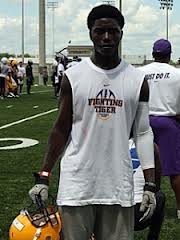 And really, you don't think something could happen between the 8th-grade and senior year
of high school, when college recruits can officially sign their letter-of-intents? Just look what
happened to Te'o in the forty days from the regular season to the national championship game.
A player can get hurt, lose interest, and fail out of school in large part because he feels secure
in knowing that he's got a full-ride already offered to him and he doesn't stay committed to
his work.

It's a joke, it really is. What is the benefit of offering a kid a scholarship in the 8th-grade? He
can change his mind as much as he wants until the day he has to sign the letter-of-intent
during February of his senior year. You don't think other coaches will try to talk him out of
their "first offer" and commitment? Did you see Urban Meyer work his magic at Ohio State?

And when will the parents start looking for a hand-out and some "grease" to get their kid
to accept that scholarship offer from a school? Oh, right, like that's never happened before,
especially at an SEC school. College recruiting is dirty, nasty, and ruthless. This will make
its cess pool even murkier.

This has disaster written all over it. I realize the NCAA has been busy lately with the University
of Miami scandal, in addition to their own. And that was just after the whole Penn State ordeal
which took a lot of their time and energy. But the NCAA needs to step up and do something
about this.

It is dangerous and it's not good. Not for the game, the colleges, the parents, but most importantly,
the kids.
Posted by Paul Devlin at 5:56 PM