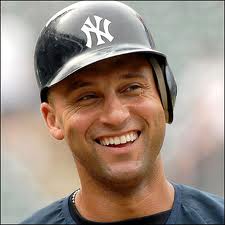 Can you we not see greatness anymore? Perhaps, in this Twitter, Facebook, iPad, and iPhone
world we are just too distracted to truly  appreciate it. Maybe we don't even care about because
we've seen the great ones like Tiger Woods and Brett Favre create such personal messes that it's overshadowed their personal achievements. And we all know that athlete who's been anointed
as the next best thing, is just a failed drug test away from being insignificant.

But why is it that when the greatness of Derek Jeter smacks us in the face, we don't see it?
DerekJeter has done everything right in a sports world where most athletes are on the bad side
of wrong. Scandal has never met him, a bad attitude has never arisen, and his first class has
never changed it's status. He is everything a great athlete should be. He is a person that nearly
every parent hopes their child emulates and morphs into.

One of the marks of true greatness and character is how you act and react when things have
gone bad. How does a person handle being criticized and doubted? Last year, the Yankees captain
got off to bad start and people not only dug his grave, but threw dirt on him, as well. Forget about
the five World Series rings and .313 career batting average,  Jeter was done, washed up, and ready
for the glue factory.  Yes, Jeter was overmatched early on and it appeared his bad speed had
vanished quicker than "Linsanity". But the last time I checked, the back of a player's baseball
card doesn't say, "He was hitting .218 on May 21." It's what you hit for the year. 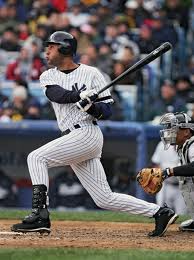 Through all the negativity and criticism, Jeter didn't get frustrated, rattled, or throw a hissy fit.
Come to think of it, have you ever seen Jeter throw a helmet, break a bat, or shout profanities
in the dugout after striking out? Me neither, because it's never happened in his career. He just
kept working and grinding and didn't let doubt or the critics break his will or focus.  After Jeter secured his 3,000 hit on July 9, he hit .342 for the rest of the season to finish with a .297 batting average. A lot of players in baseball would love to have a "bad" year like that.

This year, when his birth certificate says he'll turn 38, Jeter has gotten off to a blazing hot
start. There are no calls from Vinny in the Bronx suggesting the Yankees to trade for Troy
Tulowitzki. Mike in  the car is not railing about the slow bat speed of Jeter. The "experts"
on the phone lines have gone radio silent. Jeter hasbeen all but silent. If would be easy for him
to say, "Who's washed up, now?" Or ignore all the reporters on the Yankees beat for starting to
write his obituary. But that's not Jeter. He's 100 percent class and has always had it figured out but
doesn't let everyone know that he does. 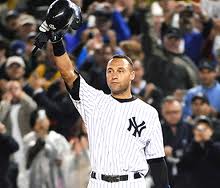 There is no one is sports like Derek Jeter. Tim Tebow, like the Yankees shortstop is a man of
great character, but he doesn't and never will, have Jeter's greatness athletically. He will never
win five championship rings or be a hall of famer. Lebron James? He makes all the right moves
on the court, but all the wrong ones off it. In a Metta Peace World of bad characters and even worse behavior, Jeter is all that is right. Appreciate true greatness. It might come in spurts, but nobody
will be able to sustain it on and off the field like Derek Jeter has, for a long, long, time.