I never knew Brian Bill and unless you were a member of his family or went to school with
him, chances are you didn't know him, either. Bill was one of the 30 American troops killed
when the helicopter they  were traveling in, was shot down by the Taliban with a rocket-propelled
grenade in Afghanistan. The Stamford, CT. native was a Navy SEAL and just 31 years old. 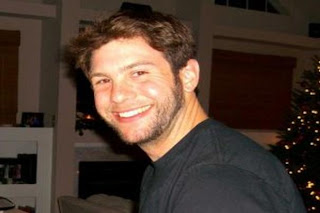 When I saw his picture which was accompanied by a story about his funeral,  I couldn't help
but notice how young, happy, and vibrant he  looked. It was as if Bill knew the world was
his oyster and he could  accomplish anything he wanted to.

Bill accomplished a lot during his short life. He played soccer and hockey  at Trinity Catholic
High School in Stamford, home of the great Bobby Valentine. He earned a college degree and
went to military school. Bill also earned a commercial pilots license, spoke French fluently,
and was an accomplished mountaineer who climbed Mount Elbus in Russia

As a precocious teenager, Bill, according to his friends was hell-bent on serving his county.
And he did, with the same passion, commitment, and dedication  that he showed when he played hockey and soccer in high school. 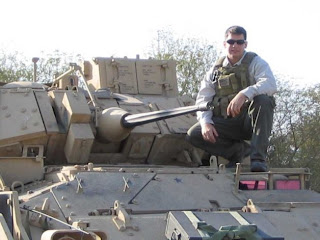 Bill then became a Navy SEAL, perhaps the toughest and most respected soldiers in our military.
He earned three Bronze stars, among his many other decorations. Bill was a member of SEAL
Team 6, the unit responsible  responsible for hunting down and killing Osama Bin Laden. The
government doesn't release information on the specifics of who did whatfor SEAL Team 6 for security purposes, but after those SEAL's  turned the lights out on Bin Laden, they shined brightly
in our country, didn't they?

Seemingly, every news organization was doing features on just how tough, brave, smart,
courageous, and physically fit these SEAL's are. Even though we didn't know exactly know
who they were or what dangerous  places they went into, the SEAL's became like cult heroes
in our country.

It's just sad and unfortunate that SEAL's only really get recognized when they die. Sounds
harsh, but its true. Nobody on the vaunted SEAL Team 6 was  honored for the bravery they
showed in taking down Bin  Laden. They never will, either, because of security purposes. 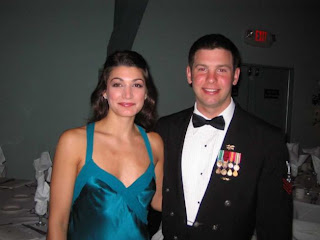 I sometimes get annoyed when sportscasters, analysts, and other journalists use all the
euphemisms and metaphors when describing teams and players. They say a team is "battle
tested" because it goes up against top 10 teams every week. Really? Try going on foreign
soil to battle a faceless enemy where every kid who walks up to you on the street could have explosives strapped to himself to kill you and your entire platoon. How's that for battle
tested?

I remember hearing Joe Buck calling Brett Favre a "warrior" because he got driven into the
turf by a 300lb lineman, then got up to throw a 50-yard touchdown pass on the next play.
Warrior? Brian Bill was a warrior. He parachuted behind enemy lines under the cover of only darkness  and battled against soldiers with bazookas and bayonets.

Ray Lewis has been described as so tough, he eats nails for breakfast. Bill was so tough, he
was trained to eat maggots, cockroaches, and just about anything that moved in the desert,
ocean, and snake-infested swamps to survive.

The eccentric reliever of the San Francisco Giants has been fawned over because he has
"the guts of a burglar".  How bout having the guts of a Navy SEAL like Brian Bill. Fighting
for your country and your life every single day.

And one of my favorites when teams face off in Game 7 of the playoffs or championship.
"There is no tomorrow", the broadcaster will say. In sports, there always is a tomorrow. Even
for guys like Bill Buckner and Jean Van de Velde.

There will be no tomorrow for Brian Bill, and that is really a sad, sad thing. People will soon
forget about Bill because unfortunately, that's how life works. We mourn and move on. But
people like Bill, who fought to help our country slow down terrorism, while experiencing a
great amount of terror himself, should never be forgotten.
Posted by Paul Devlin at 8:47 PM