THE DISSECTION OF JIM TOMSULA 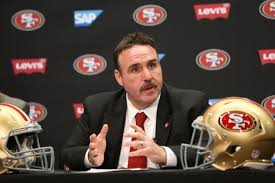 With his first word at his introductory press conference, the critique of Jim Tomsula was
on. Everybody in 49ers nation hung on his every word, gesture, and facial twitch trying to
figure out if he was the right choice to replace Jim Harbaugh as the new head coach of the
storied franchise

In this social media and talk radio world, everybody had an opinion of Tomsula's first
press conference and one-on-one interviews with the media. He was dissected like a frog on
the first day of a biology class. Some of the 'experts' said he was awkward as a public
speaker and his long pauses and non-answers gave people cause for worry. 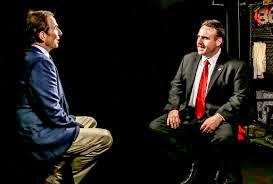 During one interview with Comcast SportsNet, Tomsula was asked who he had in
mind as his defensive coordinator. His answer was short and spot on--he didn't name anybody.
Which was smart, not stupid. Why would he give a name of a coach who is still employed
by another organization? He didn't want to put anyone in an uncomfortable position. Still,
there are a lot of skeptics in the Bay Area who don't feel Tomsula is ready for the job just
becauseof his introductory press conference and how he answers questions from the media.

Rex Ryan blows into Buffalo with his usual hot air about going to the playoffs and being
the 'bully' that nobody wants to play. The media in western New York eats it up and everybody
loves Rex. Trouble is, Rex had a team that went 4-12 last season and didn't bully anybody.
His Jet team that he coached didn't make the playoffs over the last four years. People want
to judge him on his press conference? Really? 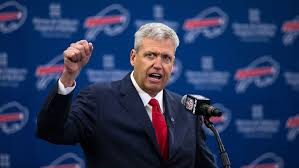 Does anybody want to judge Bill Belichick on his performances during his press conferences?

As Bill Parcells once said famously, "You are what your record says you are?" He didn't
say anything about press conferences and public speaking, did he?

Calm down, San Francisco. Don't judge Tomsula on what he says, but rather on what he
does. What the heck does it matter how he acts in front of the media? Is it any indication
of his ability as a coach and a leader of men? 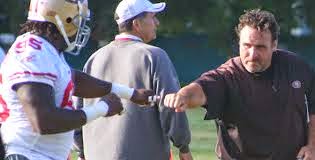 I heard one sports jock question why Tomsula wasn't on anybody's list for the rest of the
jobs that were open around the league. Well, how many people passed on longtime NFL
assistant Bruce Arians? He was never a 'hot' candidate anywhere at anytime despite having
a great track record. Teams like the Jets, Browns, Bills, Jacksonville, and St. Louis could've
had him for a song. Everybody passed. Everybody except Arizona.

Arians has been a two-time NFL coach of the year, resurrecting a Cardinals franchise that's
never had any sustained success. He's a great quote, but the man knows how to coach
and motivate his men. 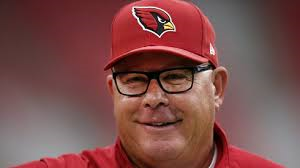 An introductory press conference is like the NFL combine: you get picked, prodded, and
vetted over and over, but as soon as the first game is played, nobody gives a rats ass about
bench presses, shuttle runs, wonderlic test, or 40-yard dashes. It's what you do when the
pressure is on.

Who cares about a press conferences and what a coach says? It means absolutely nothing.
Belichick never says anything of substance with the media, why should Tomsula. I'm not
comparing the two coaches, that certainly wouldn't be fair, but let's be real, no coach should
be judged on what they spew or don't spew at a press conference.

There is no doubt Tomsula has a tough act to follow in Harbaugh, but judge him on his
record, not how he acts in front of the media. It means nothing. Absolutley, nothing.
Posted by Paul Devlin at 8:22 AM