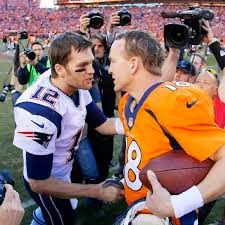 Peyton Manning has another NFL record and the sports world is celebrating his greatness
once again. By the time the quarterback of the Denver Broncos calls it quits, he's likely
to hold every individual passing mark in the record books.

I guess that's great and it'll make for one heckuva plaque under his bust in the Hall of
Fame, but for all those records, Manning has just one Super Bowl ring. Same goes for
Brett Favre, whom he just surpassed for the most touchdown passes in a career Sunday
night.

For all their touchdown passes, completions, and yardage, Manning and Favre
have just two Super Bowl victories combined--or one fewer than Tom Brady has in his
career. For all their individual records  Manning and Favre can't come close to Brady
in the only thing that really matters when it's all said and done and that's winning.
And that is the only "record" that Brady is sure to retire with. 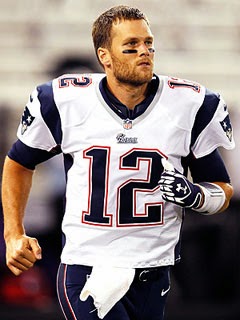 Brady's .773 winning percentage as a starting quarterback tops the lists of all those
who have played the position in NFL history. He has never been showered with the
offensive gifts that Manning or Favre had at their disposal and in many years, he's
had to throw to has been's, never heard of's, or never will be's. Despite having to work
with less, Brady has done more than Manning and Favre. His winning percentage
is far better that Favre's (.642) and Manning's (.699).

Bill Belichick has pretty much said, "here's what you have, now go make it work."
Brady has done that every year since 2001 when he became the team's starting
quarterback. For 11 straight years, the Patriots quarterback has led the team to 10 or
more wins. The team has been to five Super Bowls or the same number Manning
and Favre have teamed up to go to over a combined 38 seasons. Brady's done it in 13. 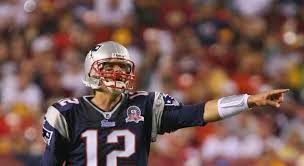 Brady holds the NFL record for quarterbacks with most playoff wins (18) while
Manning stands alone with the most losses in the playoffs with 12. Favre is just one
behind Manning with 11 playoff losses. Brady has two Super Bowl MVP's, or one
more than Manning, Favre, and Dan Marino have combined. While Favre and Manning
have struggled in the big game, Brady has raised his game to another level when
it's mattered the most. He has nine touchdown passes to just two interceptions with
a QB rating of 92.2 while Manning has just three TD passes to four INT's and a passer
rating of 80.0

The sports world will shower Manning with praise all week, and rightfully so, he's
a tremendous quarterback who set a prestigious record. However, it's long been stated that
quarterbacks are measured by wins and Super Bowl victories. If that's the case, Manning
is just good, but not great. Brady fits in that category, well-ahead of the legends of
Manning and Favre.
Posted by Paul Devlin at 8:59 AM