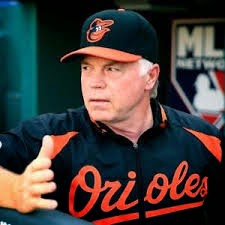 If Buck Showalter has been a tortured soul, it's certainly easy to understand why. He led
the New York Yankees into the playoffs in 1995, but was fired after losing to the Seattle
Mariners. Joe Torre took over the next season and promptly led the Yankees to four World
Series titles in the next five years.

Showalter was then hired to build the Arizona Diamondbacks from scratch. But after the
2000 season, Showalter was asked to walk away from the organization he had invested
countless hours caring for and raising from birth. The very next year, the Diamondbacks
beat the Yankees, Showalter's former team, to capture the World Series title. Ouch. 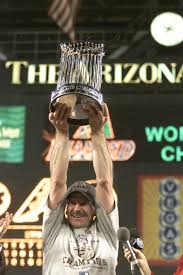 I'm sure the pain of watching not one, but two franchises win a total of five World Series
titles without him, was unbearable for Showalter. If you had invested as much time and
been as successful as Showalter had been with the Yankees and Diamondbacks and then
watched them reach the pinnacle of the sport without you, I'm sure there would have a
lot of sleepless nights and trips to the liquor cabinet. 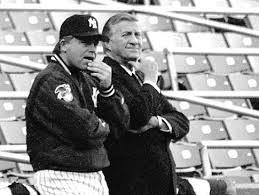 It easily could've been Showalter, and not Joe Torre, who could've guided the Yankees
to all those World Series titles. If George Steinbrenner had not had his usually itchy
finger and pulled the trigger on firing his manager, Torre never would've made the
Hall of Fame nor had his number retired by the Yankees. We could very easily be
talking about Showalter in the same breath that people do with Torre. But it didn't
happen. I'm sure Buck has thought about that more than a million times.

Showalter had another stop in Texas, but that didn't work out so well, either. The
Rangers got to the World Series twice after he was fired, but they didn't win it. 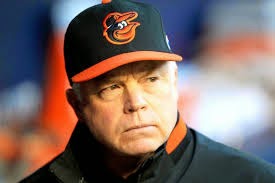 Now, Showalter is on the brink of going to the World Series with his team, the Baltimore
Orioles. He has guided them to the ALCS with the same baseball acumen and drive he
showed with the Yankees, Diamondbacks, and Rangers, but now he's getting the chance
to finish the job. And that's a great thing.

Showalter has long been considered one of the best baseball minds in the game. He
is a great game strategist, knows how to handle a pitching staff, and motivate players.
His downfall in Arizona was that he was a taskmaster, a stickler for players wearing
their uniforms the right way, and playing the game the way it's supposed to be played. 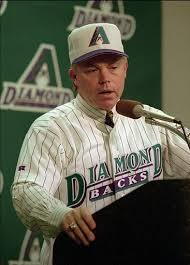 However, the millionaire players in Arizona didn't want to be bothered with all that
and tuned Showalter out like a bad song in the clubhouse. It's much easier to fire 25
highly-paid ballplayers and owner Jerry Colangelo ushered Showalter out the door.

That didn't happen with Baltimore where Showalter got the chance to guide a solid
group of young players who had not yet reached superstar status. He had a team that
would listen instead of tuning them out. However, Showalter also listened to what he
heard from the players he had in Arizona and loosed the reigns a bit and wasn't the
taskmaster so much on the little things and gave the players a chance to be themselves.

After so many near misses and the pain of watching the Yankees and Diamondbacks
put rings on everybody's fingers but his, Showalter is getting the chance to finish the
job in Baltimore and be on top of the baseball world.

I'm not a fan of any team, but it would be a great story if Buck Showalter captured the
World Series title with the Baltimore Orioles doing it his way and to cover-up the bad
stench still lingering in the city still reeling from the Ray Rice scandal.