LOU MARINELLI AND THE OFFICE 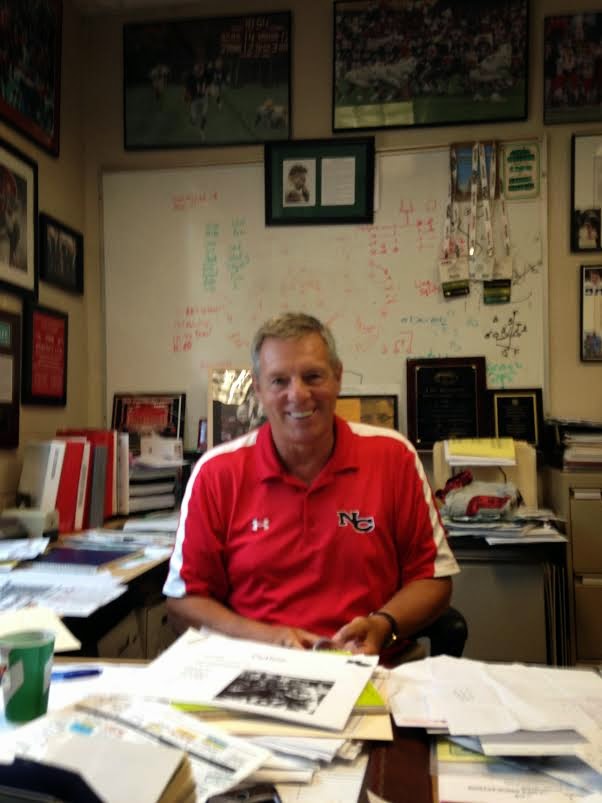 Lou Marinelli is not only a football wizard, but somewhat of a magician. New Canaan's

legendary coach has  managed to stuff 33 years, 297 victories, nine state championships and
five FCIAC titles into a room that's no bigger than the ones college freshman are moving
into this week. 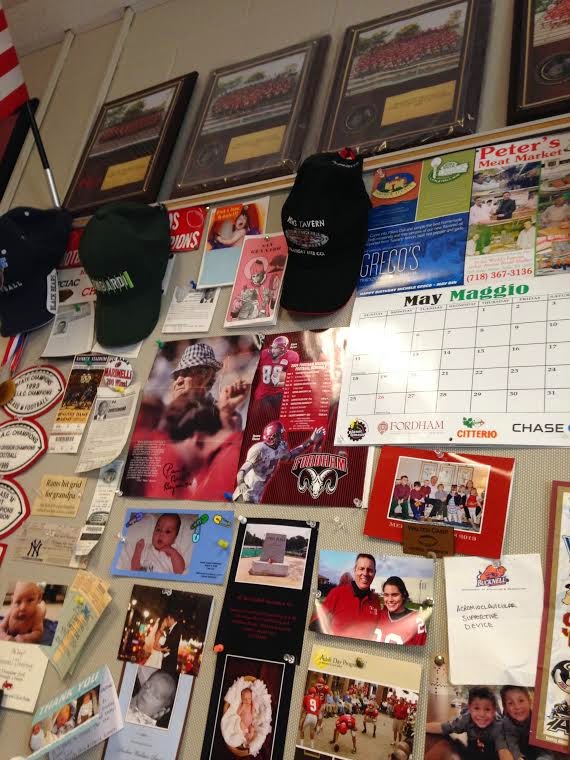 It's a football wonderland and a place Marinelli calls his office. "I love it," said Marinelli.
"I think my players and coaches can feel comfortable coming in here to talk about
anything."

There are hundreds of pictures, letters, and more than a few trophies. If it didn't say
"Coach Marinelli" on the door, his office could easily be mistaken for the New Canaan
football museum. 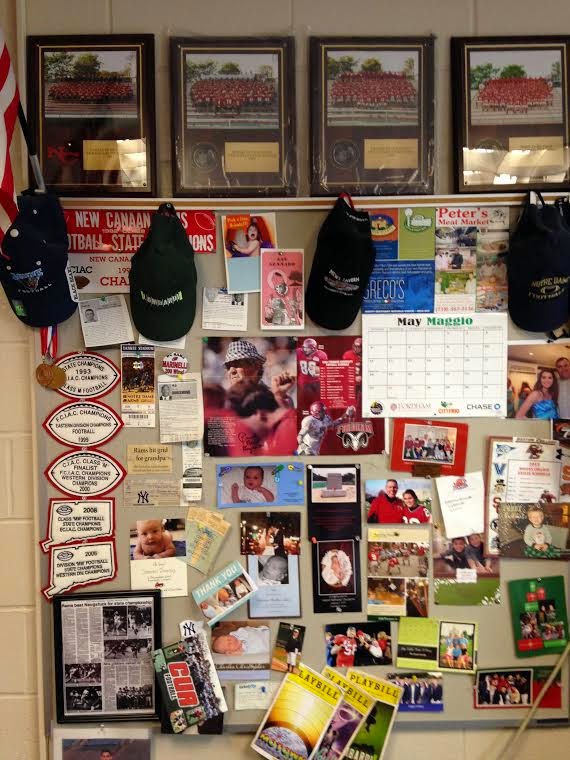 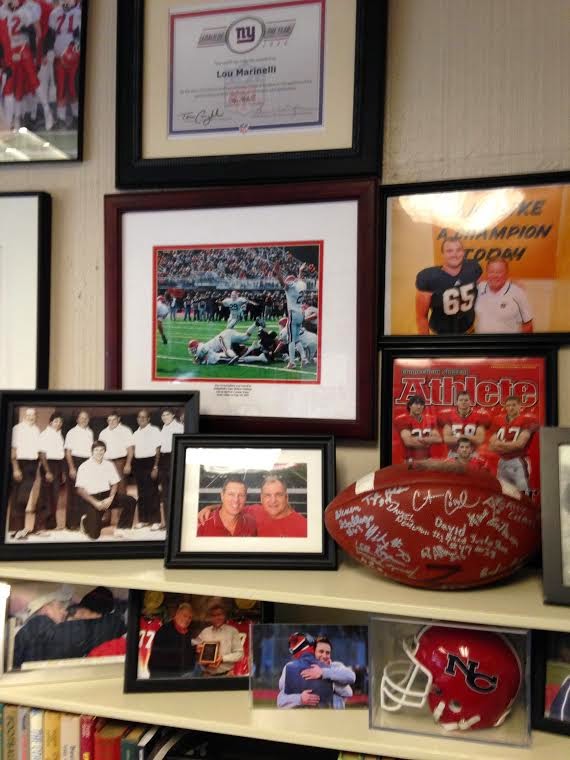 "A lot of my former players come back here and it's great," Marinelli said. "It's
not about me or the trophies, but the people who played in this program."

Nearly every inch of every wall is covered with mementos from Marinelli's brilliant
coaching career in New Canaan. There is a black and white photo from 1981 where
Marinelli is being carried off the field by his players after his very first win with the
Rams. It was New Canaan's first win in three very difficult years and marked the beginning
of a football dynasty in the small Connecticut town. 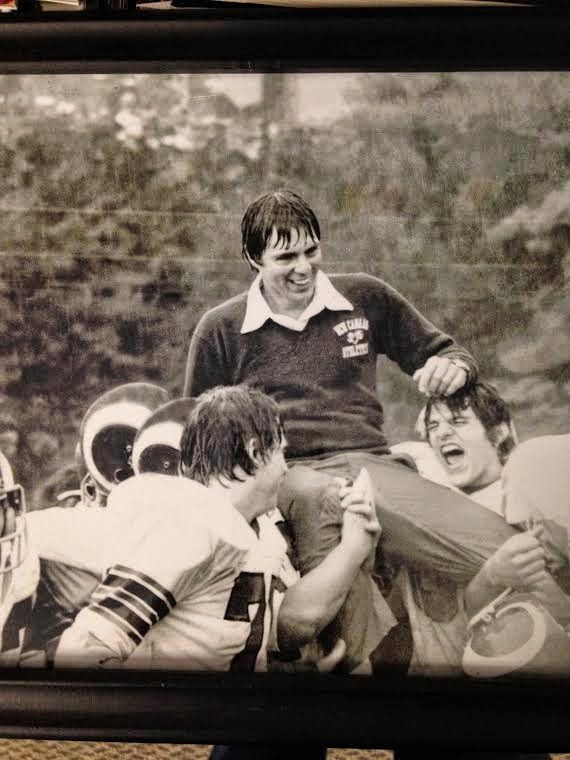 "We beat the defending state champions and after the game, we took the buses
down Main street in New Canaan and celebrated. I don't have any pictures of that,
but it was an unbelievable moment," he said. 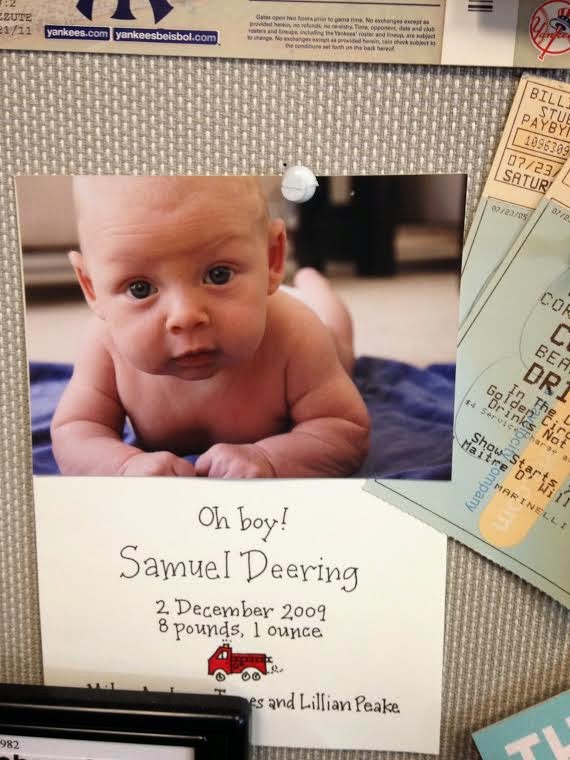 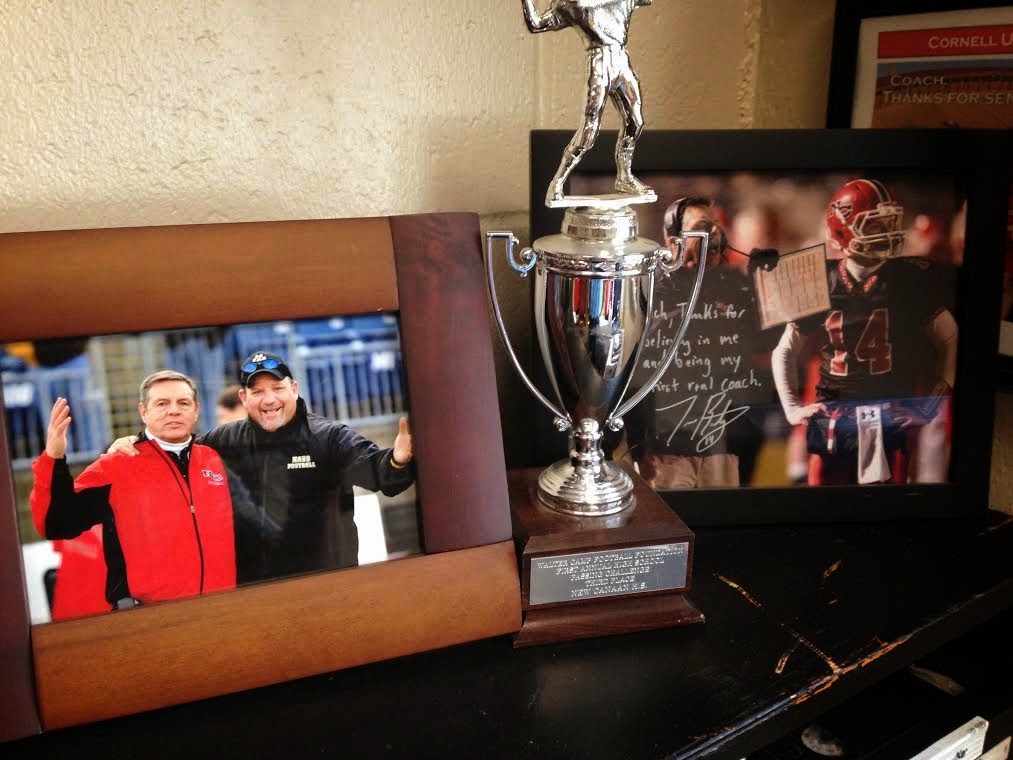 Pictures of weddings, baby photographs, and Christmas cards make it more than a
football shrine. There is more to Marinelli than just the x's and o's of the game. He has
woven a tightly-knit football community and he takes pride in the relationships he's built
over the the years.

"That's what it's all about," he said. "The wins and trophies are great, but it's about
the people here who sacrificed so much and I hope that I, in some small way, contributed
to their success after they left here."

Marinelli doesn't look much different than when he took over the program at 28-years
old. The hair may have a touch of gray and the crows feet around his eyes have become
deeper, but it doesn't appear Marinelli will be retiring anytime soon.

That means there will be more pictures and trophies that will need to find space in his
already crowded office.
Posted by Paul Devlin at 1:46 PM