THE BEAUTY OF COACH MAC 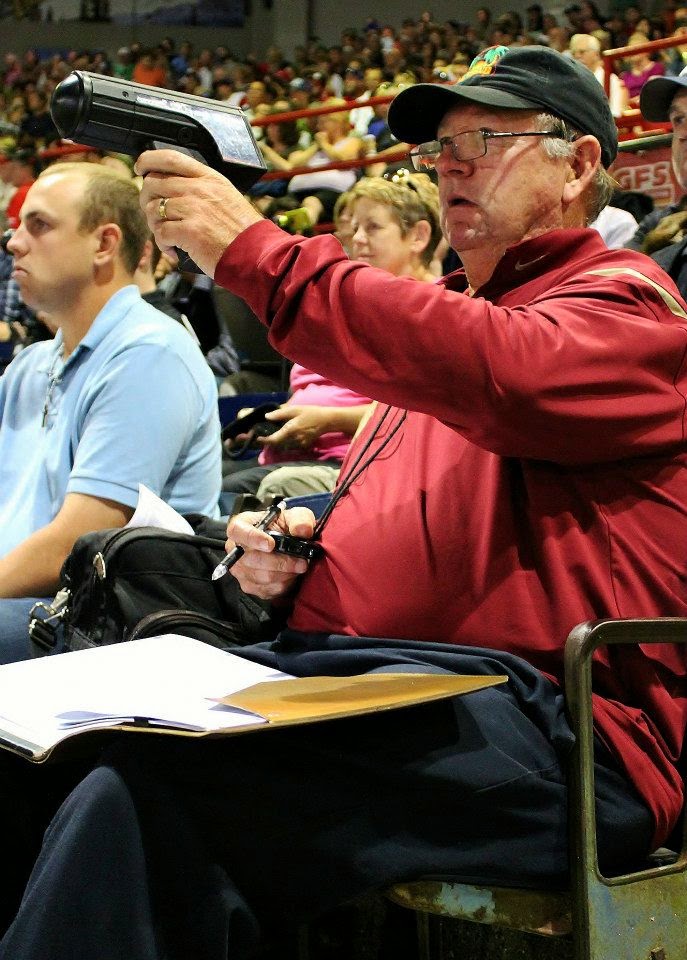 We heard that phrase pinned to Don Zimmer after he died in 2014.  Zimmer, a
long-time bench coach for Joe Torre, was in baseball for a long, long time. 65 years
to be exact. Zimmer was a player, coach, manager, and consultant for many
different teams during his marathon career in professional baseball.

Howard McCullough is a "baseball man" through and through. He might not have
reached the heights of Zimmer, but his impact on the game and the people in and
around it, is just as significant.

McCullough has been a scout in professional baseball for almost 30 years, but
his contribution to the game spans a lot longer than that. He was a catcher at
East Carolina before becoming a highly-respected pitching coach at UNC in the
early 1980's. 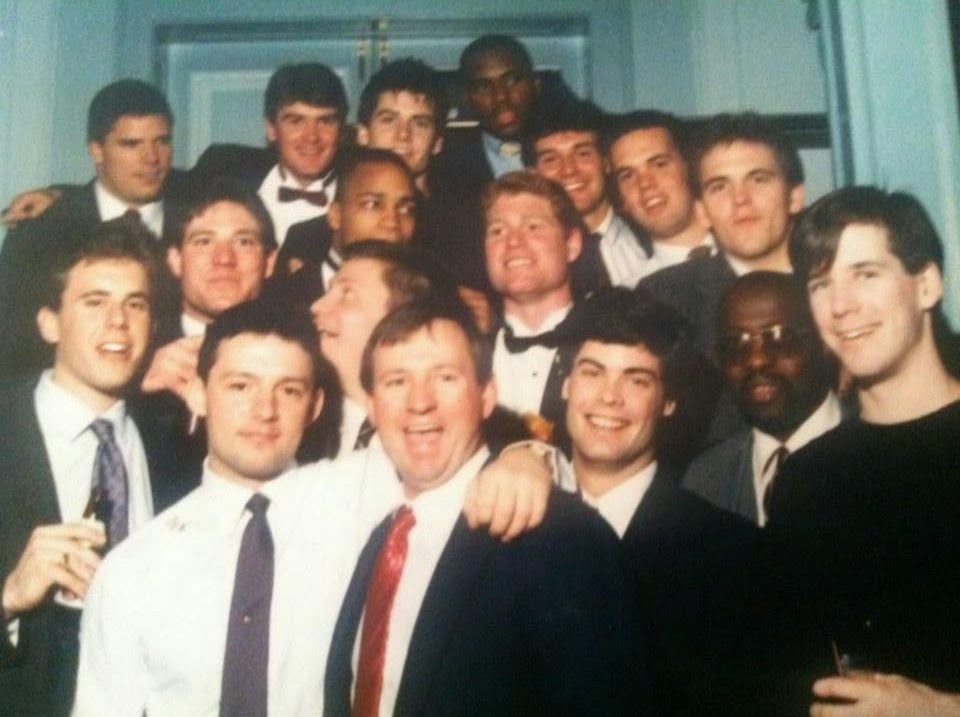 "Coach Mac", as he's still affectionately known as to those who played for him in
Chapel Hill, grew up and went to high school in Rocky Mount, North Carolina.
However, if he told us that he was from Mayberry and was best friends with Opie,
we would've believed him, no questions asked. He was, as our scrap iron second
basemen Mike Jedziniak, liked to say, "a Southern dude."

Coach Mac was really mature for his age but he certainly didn't move like someone
who hadn't even reached 30-years old yet. If he went out to the mound to talk to one
of his pitchers on a Monday night, he wouldn't get back to the dugout until sometime
early Tuesday morning. When he paused to put a wad of Red Man tobacco in his
mouth, the entire team could shower, change, and head for the training table by
the time he was done.

But Mac was loved and respected by everyone who played for him. You could
scout the country much like Coach  Mac does today, and you'll never find a person
who says one bad thing about him. Ever. 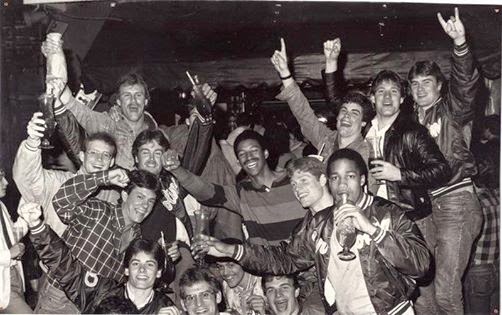 The players on our team put the "North" in North Carolina baseball. All but a handful
of players on the team were from states far above the Mason-Dixon Line. New York,
New Jersey, Connecticut, and Massachusetts flooded the roster in the program and
most of the players came with  brash attitudes, with a lot of cockiness that bordered
on arrogance. We talked fast, weren't afraid of much, and acted like we had
everything figured. We didn't, but Mac surely did.

It seemed like he started every sentence with "I reckon" or "Well, shug" or "Son", the
last of which you really didn't want to hear because you knew that Mac knew that you
really screwed up. Everyone wanted to get things done in New York City minute, but
there was Mac taking his time, all slow and methodical. In a baseball program that was
pretty damn crazy at times, Mac was always the steady and calm force who could
extinguish any mutiny on the ship in a hurry. He gave great advice and treated all
the players the same, whether you were a top recruit or a walk-on just trying to get
out of their own way. 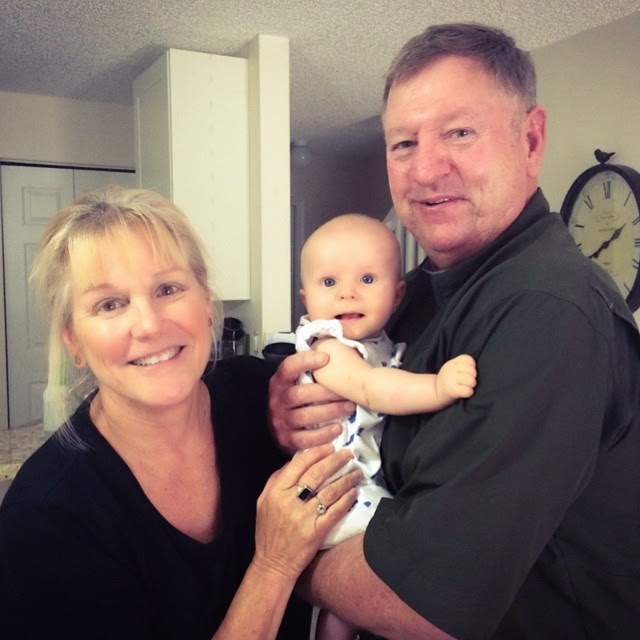 Coach Mac left the program far sooner than any of the players wanted him to. He
was one of the people that made the North Carolina baseball program so special and
great. Coach Mac is a salt-of-the-earth type of person who we all wanted to be around
not only for his baseball knowledge, but for all his stories. We were all kids from
the North who had never been around a guy like Mac who talked slow, moved
even slower, and told great stories with a unique southern accent.

After a long and hard days work in the blistering North Carolina sun, Mac would
always find time to play with his young son, a bundle of exuberance, a great head of
blonde hair, and an even better nickname. He was known as "Clayton the Ram". It was
never just Clayton, but "Clayton the Ram."

Mac went on to scout for the Boston Red Sox for 10 years and then to the Arizona
Diamonbacks, and Seattle Mariners where he's still employed today. He's been awarded
several honors, including Major League Baseball Scout of the Year. He's very talented, but
I'm sure he received the award in part because he is so well-liked and respected by everybody
in the game. And perhaps, a small part of the award went to him because all of his
great stories. 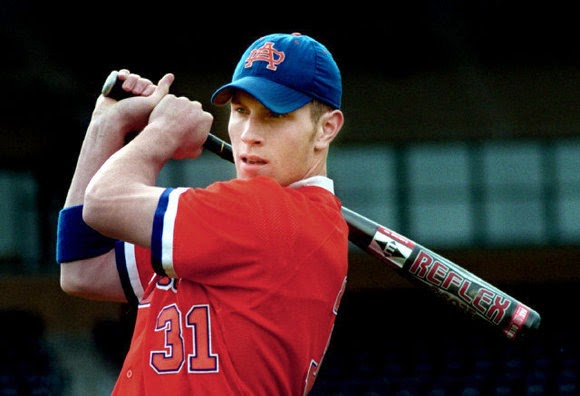 Legend has it that when Josh Hamilton was a phenom in North Carolina, McCullough
had been asked by his supervisors to track pretty much his every move leading up to
the draft. Coach Mac was scouting a game in which Hamilton got the start on the
mound. Hamilton was a man among boys, blessed with lightning in his left arm and
thunder in his bat.

Hamilton was scheduled to pitch the day Coach Mac was scouting him and his
advisers told him to call back to Phoenix with a report after every inning. In the
top of the first, Hamilton struck out the side and Coach Mac scurried to get out of
earshot of his fellow scouts and phoned his bosses. "This boy struck out the side.
His last three pitches were 93, 93, and 95 miles per hour." Mac then paused and
said he had to hurry back to his seat behind the backstop to see Hamilton, who
was hitting third in the line-up, hit.

Hamilton gets up and hits a 450-foot tape measure shot deep into the pine trees
over the right-field fence. Coach Mac rose quickly from his chair and called his
boss in Arizona before Hamilton touched home plate.

"Well, I think this kid is legit. He throws 95 miles an hour and just hit a bomb
over these dang pine trees in right field."

His bosses quickly asked Coach Mac which professional player Hamilton had
reminded him of.

"Well, I don't know," responded Coach Mac, "I've never seen anyone like him."

Bosses: "There has to be some player. Albert Pujols. Barry Bonds...who is he like?"

Anyone who knows Coach Mac, knows that is him to a tee. Beautiful. 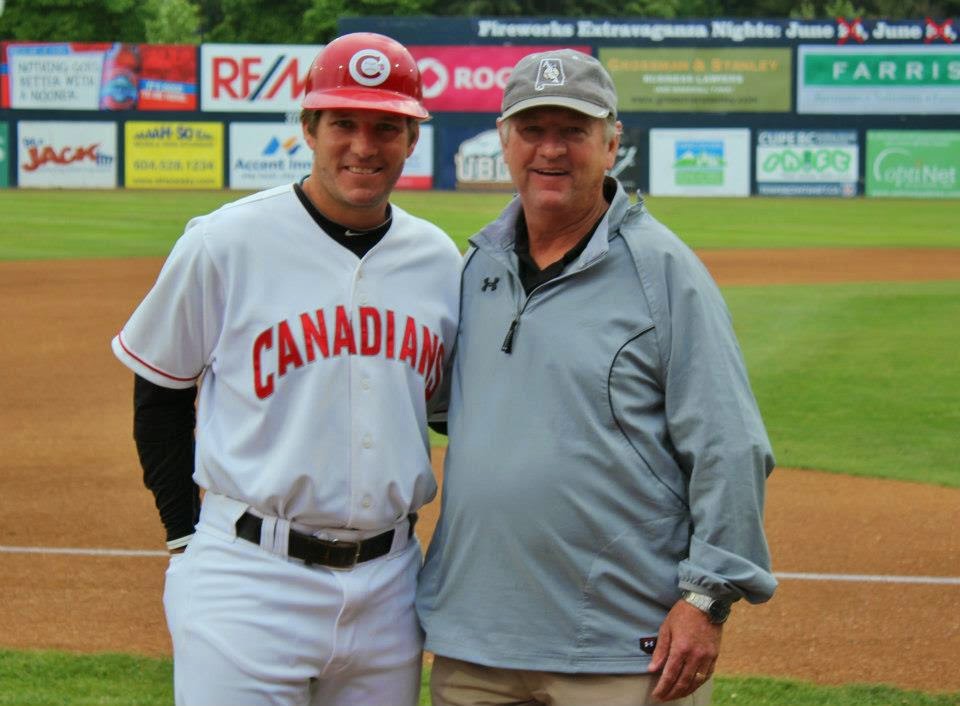 Coach Mac has stayed around the game long enough to see his son, "Clayton the Ram"
become a manager in the Los Angeles Dodgers organization. I see pictures of Clayton now
and I see Coach Mac nearly 30 years ago coaching us in Chapel Hill. Awesome.

Coach Mac is awesome. He hit a grand slam by marrying his wife Eva, who was
liked by the North Carolina family as much as Coach Mac.

They are beautiful people and who make you thankful they crossed your path in life.
Posted by Paul Devlin at 10:07 AM