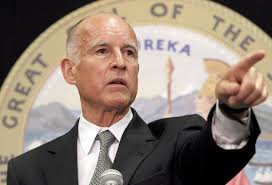 A few years ago, while channel surfing, I came across Bill O'Reilly on Fox in the midst of a
flammable diatribe on California Governor Jerry Brown, whom O'Reilly accused of creating
a "state sanctuary" because he did not support federal law concerning immigration.

Ok, whatever. It was late and I wasn't interested in O'Reilly getting on his pulpit and
attacking somebody else. I wanted to be entertained, which really didn't take that much at
that very moment. As soon as O'Reilly spoke of Brown as "insane", I chuckled hard and
thought back to the time I had a close and comical encounter with Brown whose political
career stands at forty-one years and counting.

The year was 1991 and Brown was seeking the Democratic presidential nomination to face
off against George H. Bush. I had to just moved to Erie, Pa to start my career in television
working for the  CBS affiliate, WSEE-TV. I was the new, wet-behind-the-ears television
wannabe and I was  assigned to pick up Brown, who was in town on his grass roots campaign speaking to a few  hundred union workers at a Holiday Inn about 8 miles from the station.


Scott Baker, our lead anchor and managing editor, gave me strict instructions on what to do.
Baker was a whiz-kid and hardcore news junkie who often read about eight newspapers
before his shift even started. His ear was always glued to the police scanner hoping to
report on an event and overdramatize it, something Baker was an expert in. He could
make a local bake sale seem as dramatic and significant as the capture and execution of
Saddam Hussein. (Baker is currently the editor-in-chief of The Blaze.com)

A few weeks earlier, Baker, new to the market, was hosting a town hall meeting when he
suddenly collapsed and hit the floor like Apollo Creed fell to the canvas in "Rocky IV".
People thought Baker had died right there on local TV. Talk about a grand entrance! If
Youtube, Twitter, and Facebook had been around back then, Baker would've been "trending"
and an internet sensation. (see video: collapse at :12)


He said he was dehyrdrated from the flu, but as I got to know Baker and his flair for the
dramatic and theatrics, I think it might have all been an act to get some attention and a few
more ratings points.

On this night, Baker pulled me aside and with a stern look on his face, gave me instructions.
"When Jerry Brown is done with his speech, you need to go on stage, get him to the car,
and bring him to the station. He's live on the set as our lead story. Don't mess it up."

I wanted to say, "Dude, if this is so big, why don't you get him a car service and bring
him here in style. After all, the guy is running for president of the United States." But then
I remembered that most of the equipment in the building and parts of the building itself,
were held together by duct tape. I don't think the car service was in the budget.

As I drove to pick up Brown on that brutally cold night in February a lot of things went
through my mind, the most prevailing one being, "what the hell am I doing in Erie, Pa.
picking up a guy whose chances of winning the presidency were only slightly better than
mine?" I wanted to cover sports, not be the station chauffeur.

What happened next was straight out of a "Seinfeld" episode. After Brown finished his
speech and started to shake hands with members of the audience, I tried to get his
attention. He was operating on a shoe-string budget and didn't even have a media
relations person on his campaign. I approached him and hoped to introduce myself as
the guy from the station who was supposed to drive him there. As I walked toward Brown,
a fierce looking man wearing a navy beret got between me and the Brown.

The man was Jacques Barzaghi, Brown's longtime associate and bodyguard. "Can I help
you with something?," he asked. With my eyes as big as half-dollars and heart racing,
I told him I was there to bring Brown back to our television station.

I found out later that Barzaghi  was a patriot of the French Foreign Legion in Algeria-Morocco,
North Africa during the Algerian Conflict. He certainly looked the part. I don't know how
he and Brown ever got hooked up. I seriously wanted to give someone my personal
information and let them know who I was with just in case I disappeared mysteriously.


I directed Brown and Barzaghi to the news van which I had parked in front of the Holiday
Inn. After I got in and buckled up, I thought of asking Brown how he liked Erie, but
then I remembered a co-worker, Rudy Yovich, asked that same question  to Dr. J when
the NBA legend came into town for an appearance at a local supermarket.

I was shooting the interview with a camera over my shoulder and as I zoomed in on Dr.
J,  I could see a perturbed look wash across his face that said, "What the f#*K kind of
question is that?"

So, I thought better of it and didn't say anything to Brown or Barzaghi, who I caught
giving me an evil glare in the rearview mirror. 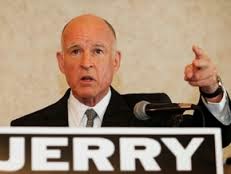 The clock read 10:43 p.m which gave me plenty of time to get Brown back to the station
and on the set for WSEE-TV's big "exclusive".  But something happened on the way to
the station. I got lost.

There was no GPS or mapquest back then, so I was relying on memory and a few notes
scribbled down on a pad. I had no trouble getting to the Holiday Inn, so getting back to
the station shouldn't have been a problem or so I thought.

Erie was an economically depressed town at the time and a very, very dark place at night.
It had one street light every 4-5 miles and even then, it seemed like they were powered
by 60 watt light bulbs.

I made a wrong turn down a street that looked like something out of Baghdad. Most of
the buildings were rundown, empty, or both It was clear this wasn't the street I was supposed
to be on. Sweat started to build on my forehead. I was having one of those holy shit moments.
I knew I was lost. So did Brown and the scary looking dude in the navy beret. 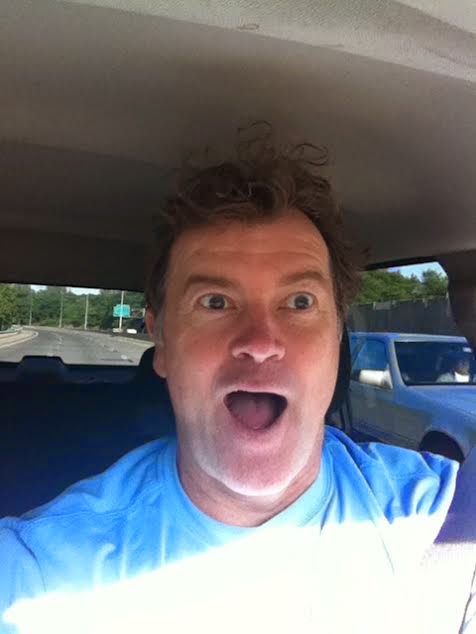 Brown asked me, "Hey, do you know where you're going?"

I quickly answered yes, even though I didn't have a clue. I hadn't been in town for more
than a few weeks and had never been in this area. The clock read 10:48 p.m. and I thought
was screwed.

I picked up the two-way radio and sheepishly said, "Paul to base. Paul to base"....

Barzaghi pounced on me, "You don't know where the hell you are, do you?"

Just then, our assignment editor responded, "Come in, Paul."  I didn't want to say that
I was completely lost but we all knew that I was

My mouth was now like a field of cotton on a summer day in Georgia: hot and dry as
hell. I had visions of the news director firing me on the spot. Three weeks into the job
and I'm gone. Talk about getting your career off on the wrong foot.

I told Brown we were going to make it, but I knew we'd need some kind of miracle for
that to happen. I had to deal with Brown and his buddy yelling at me like I stole their
toys at Christmas. 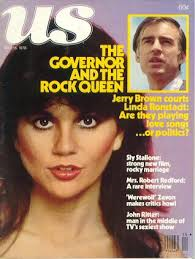 I wanted to blurt out, "You're no good, you're no good, baby you're no good." which were
some of the lyrics from Linda Ronstadt's hit song in the 1970's. Ronstadt was the ex-girlfriend
of Brown, who ran for president on three different occasions.  I passed on that, fearing
Barzaghi would put me in a choke hold and snap my neck.

Just as I was giving up all hope of getting Brown to the station on time, I turned down
a side street that brought me to one of the few roads in Erie that I was familiar with.
There was a glimmer of hope. I found the way, albeit  roundabout one, back to the station.
We pulled into the parking lot which was adjacent to an Arby's franchise an made
a sprint for the station's backdoor.

Yep, me, Jerry Brown, and Jacque in the navy beret, in an all-out sprint to get through
the doors, into the studio, and on the set in time.