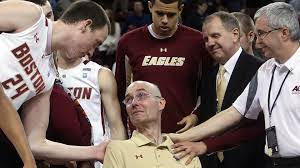 He went to Boston College, was a big part of the sports program, and earned accolades and
respect for what he did for the Eagles. He also was diagnosed with ALC.

I'm not talking about Pete Frates, who has become the face of the crusade against ALS, but
rather Dick Kelly.

Kelly spent 22 years in the media relations department promoting student-athletes like Frates
and trying to put a shining light on the entire Boston College athletic program, In 2011, his
world went dark when he was diagnosed with ALS. 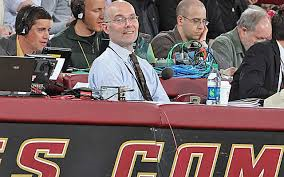 The long-time employee of Boston College died February 2014, just months before the
Ice Bucket challenge took social media by storm. Unless you lived in Boston, you probably
didn't hear of his death or his incredible and valiant fight about the insidious disease. There
wasn't an avalanche of videos storming the Internet, nor features on SportsCenter about
Kelly and his battle against ALS as he continued to work for BC until his final breaths on
this earth.

It  just doesn't seem right that Boston College has had to endure two members of its beloved
family being inflicted with the disease concurrently. It's mind-boggling and downright unfair.
Oh, I now there's nothing fair about this world. The parents of those killed in the Newtown
massacre will tell you the same thing. So will those who've had to watch their little children
succumb to cancer. 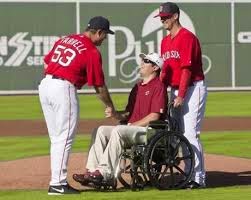 The Ice Bucket challenge and the courage of Frates has helped do what couldn't be done
before and that's bring ALS to the forefront of society. There were millions of victims like
Kelly and New Orleans Saints football player Steve Gleason who tried to capture America's
undivided attention about how harsh ALS is without great success. Curt Schilling
has been waging a war against the disease for nearly 20 years, donating as much as a million
dollars of his own money for research and awareness. It still didn't make a dent in our
country's consciousness.

Pete Frates and the Ice Bucket challenge certainly has and that's a beautiful thing. The
wave of momentum against ALS doesn't appear to be ending anytime soon. To see most
of the country on board to not only to raise money and awareness, but honor the victims
of the disease is really, really touching and refreshing. The glut of negative news about
St. Louis, the decapitation of an American journalist, and our economy, can wear everybody
down. This ALS fight is so good and so right. 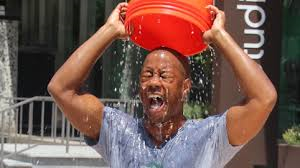 But as Frates continues his crusade on the national stage to bring awareness to the disease
and America's infatuation with posting videos of the Ice Bucket challenge, please remember
those like Kelly and millions of others who suffered greatly in the shadows far away from
the media spotlight. Please remember all those caretakers, family members, and volunteers
who not only saw the effects of the disease up, close, and personal, but tried to raise money
for research and awareness.

For every Curt Schilling, there are thousands like Phil Gormley who work relentlessly in
a battle of a disease that is undefeated. Gormley, a childhood friend of mine, worked
tirelessly to raise money for research and the care that his sister, Claire, who lost her
fight against the disease several years ago. I was in awe of his dedication, passion, and
commitment. There are thousands of people like Gormley fighting the good fight without
getting any type of recognition.
. 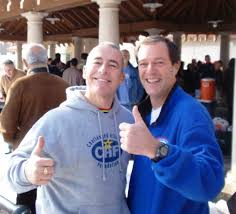 As the fight against ALS continues with the Ice Bucket challenge as one of its biggest
weapons, please remember all those like Dick Kelly and so many others who fought
valiantly against a disease that never loses.
Posted by Paul Devlin at 8:20 AM