THE BEAUTY OF JONNY GOMES 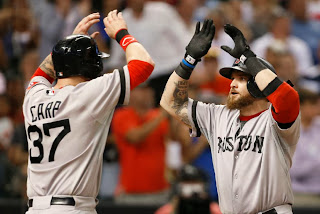 Jonny Gomes officially became part of the fabric of Red Sox nation on Sunday night. His three-
run homer made him a World Series hero and put the spotlight on a journeyman player who was
signed by Boston more for his character and love for the game than his less-than-one-tool talent.

And it's a beautiful thing.

Gomes looks like the type of guy who lives in a one-bedroom apartment with the television
cemented to ESPN's "Baseball Tonight", the walls filled with posters of Pete Rose, Mike
Schmidt, and Thurman Munson, and his nightstand supporting Ted Williams' book, "The Science
of Hitting." He doesn't care about agents, endorsements, or Twitter. He's all about baseball
and it's refreshing to see. 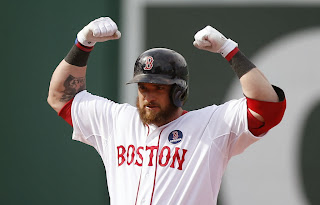 In the residue of the Steroid Era and in a year that has produced some real ugliness for the
game (Biogenesis, Ryan Braun, A-Rod), Jonny Gomes is the deodorant that is covering up the
bad scent. He wears his heart on his sleeve, pounding his chest, screaming at the top of his lungs,
and showing the unbridled joy of a Little Leaguer on his way to Williamsport. 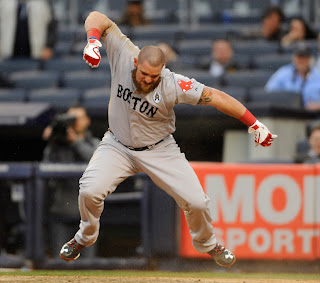 In a baseball world of egotistical prima donnas and statistics obsessed players, Gomes marches
to the beat of his own drummer. He has a body stained with tattoos and a chia pet face that
seems to sprout hair with every shower. Gomes could care less about OPS, WAR, and hitting
with runners in scoring position on Saturday night's with a full moon. 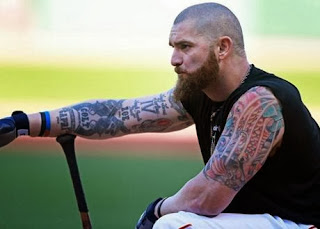 Gomes is all about winning, having fun, and playing a kid's game for as long as he possibly
can. He's helped cleanse a clubhouse that had been poisoned by the likes of Beckett,
Gonzalez, and Bobby Valentine.

To opponents, Gomes can be like sandpaper, an abrasive personality that can rub you the
wrong way. But he's perfect for a Red Sox team that is more lunch pale than catered caviar. 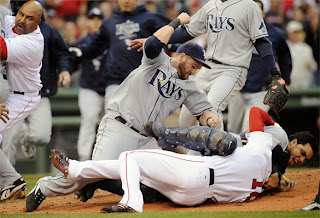 Nope, Gomes doesn't have the tools or talent of Bryce Harper, nor the all-American looks
of Mike Trout who seems to have been poured into his uniform by the baseball god's. But
to the Red Sox and their nation, Gomes is one of the prettiest players on the field.
Posted by Paul Devlin at 7:38 AM