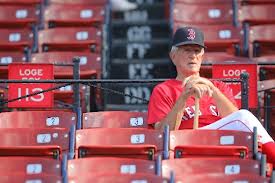 A great baseball man. During my short, but wonderful journey through baseball, I'd
often hear that phrase tagged on someone in the game who was a baseball lifer, a man
who'd seen it all as either a player, scout, manager, or perhaps, all three.

Rocky Bridges was the first great baseball man I ever met. He played in the Major
Leagues from 1951 to 1961 and made the National League All-Star team in 1958. After
a brief  stint as third base coach, Bridges went back to manage in the minors where he
stayed for the next 21 years. 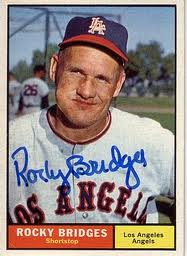 1989 was his last season in baseball, which  happened to be mine, as well. He managed
the Salem Buccaneers and I played for the Lynchurg Red Sox in the Carolina League.
Bridges was an old-time manager out of central casting with a large beer belly and a wad
of tobacco in his cheek big enough to stuff Chad Johnson's mouth for good. I fondly
remember strands of rinds aching to get out of his mouth as he talked and a jersey
peppered with tobacco stains. Bridges managed more than 2,000 games in the
minor-leagues but never got a shot to do in the big leagues, despite being considered
a "great baseball man." 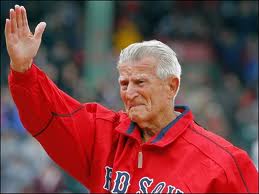 With all due respect to Bridges, he wasn't half the great "baseball man" that Johnny
Pesky was. Pesky died on Monday at the age of 92. He had become part of the fabric
of the Boston Red Sox a long time ago, having played, coached, and managed the team
during a career that lasted more than 60 years. Think about that. Pesky spent nearly
his entire life in the game an became an iconic figure in New England as a man who
was a Red Sox, through and through. He was everything good about baseball and you
got the feeling that the only way you'd get the Red Sox uniform off Pesky was to hold
him down and peel it off. He loved being a member of the Boston Red Sox. 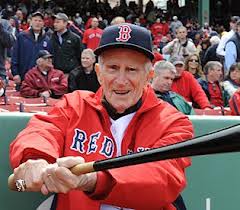 Pesky's longevity or playing ability didn't make him a Red Sox legend, his loyalty,
kindness, and character did. He loved, and I mean really loved baseball, the Red Sox,
and helping all the players in the game. Pesky had class, dignity, and grace. He became
as much a part of Fenway Park as the pole in right field that bears his name.

I first met Pesky when I was a minor-leaguer in the Red Sox organization in 1988. When
I covered the team 10 years later for a local station, there was Pesky sitting in the dugout
with his fungo bat telling stories about his days being a teammate of Ted Williams. After
fours years in Atlanta, I returned to Boston in 2004 to work for NESN, and there was
Pesky, still in his uniform and fungo bat, still very much part of the Red Sox. 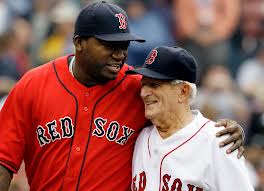 EVERYBODY loved Johnny Pesky. The players, the fans, and the media. He was often
the first person anyone would ever see when they went to work at Fenway and it was
like seeing Santa Claus over and over and it never go old. Pesky wreaked of baseball history
and people would always make a point of getting closer to Pesky just to get a whiff of it.
This is a man who had been teammates with Williams, Dom DiMaggio, and the great
Bobby Doerr. If it happened in baseball, there was a good chance that Pesky had seen
it. 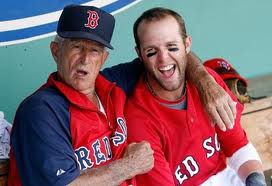 I'll never forget the image of Pesky pulling up the 2004 World Series banner during the
Red Sox home opener the following season. Tears had welled up in his eyes as he pulled
the rope that helped lift the Curse of the Bambino for good and bring pure joy to the faces
of everyone in New England who had suffered through 86 years of heartbreak. Nobody
was happier than Johnny Pesky, though. His team, his franchise, and his true baseball love
had finally won a World Series and he was as much a part of it as David Ortiz. 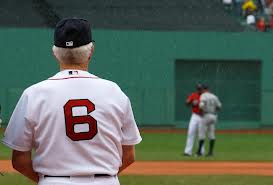 Johnny Pesky may have died, but his legacy will live on in Red Sox lore, forever. There's
the Pesky Pole, his number 6 has been retired, and those images of Pesky pulling up
the championship banner have been etched in the minds of Red Sox fans and will never
go away.

Johnny Pesky: A true Boston Red Sox and one of the greatest baseball men the game has
ever seen.
Posted by Paul Devlin at 8:55 AM