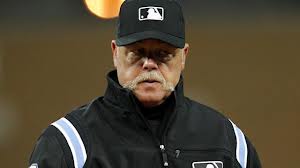 On June 2, 2010, Jim Joyce, a longtime and well-respected umpire, saw his life
change forever, or so he thought. Joyce, manning his position by first base,
was on the verge of being part of baseball history. Armando Galarraga of the
Detroit Tigers was one out away from pitching a perfect game. In one of the
biggest moments in the history of the game, Joyce choked. He blew the call
at first base that would've sealed a perfect game and baseball immortality for
Galarraga.

Joyce became a villain to the Tigers and baseball fans across the country. He
was the umpire who screwed up the perfect game. After watching the replay,
Joyce tearfully said, "I cost the kid a perfect game." Time heals all wounds but
the stain of botching a call couldn't be rinsed away. Joyce knew what Bill Buckner
felt like when that ball rolled through his legs. He felt the same pain Scott Hoch
did after gagging on a 2-foot put that would've made him a Masters champion.
In one of the biggest moments of his career, Joyce blew it. 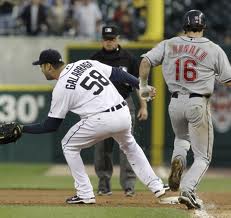 Not many in life get a second chance to rectify a blown opportunity. Buckner
certainly didn't, neither did Hoch. No matter how successful they were later in
their careers, there was no way to make the pain or that bad moment go away.
They were tagged with that failure for the rest of their lives. Joyce, who is
considered one of the best umpires in the game, was sure to take that moment
to his grave, a part of his obituary and history forever. 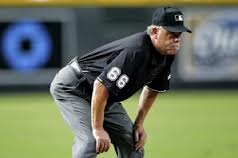 But 809 days after that painful night in Detroit, Joyce got a chance to do something
that rinsed away the stain and all the suffering. Before working a game in Arizona,
an employee of the Diamondbacks, Jayne Power, suffered a seizure and collapsed
near Joyce. Unlike the near perfect game just over two years ago, Joyce did not freeze,
nor did he choke. Attending to someone who has just fallen in front of you is not
as easy as one might think. There have been many people who have just blanked out
and failed to help someone in need. The adrenaline, the anxiety, and the seriousness
of the moment can stop a lot of people in their tracks.

Jim Joyce was not one of those people. He administered CPR to the woman and
helped save her life. Joyce never panicked. I'm sure his heart rate went through the
roof, but he stayed calm and kept a woman from dying. 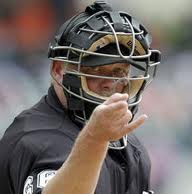 God works in mysterious ways. He challenged the strength and resolve of Jim Joyce
and then put him in a situation that was far more important than calling a baseball game.
In this day and age of Twitter, Facebook, and ESPN, people hate quicker, damn a
person forever, and seem happy to make others miserable. Joyce had to live with
a lot of hate and anger for more than two years. He had an impeccable career damaged
by one bad call.

All that doesn't matter, after all, it's just a baseball game. Jim Joyce saved a life and I
really can't think of anything that trumps that. He save a precious life. He kept a family
and countless friends from experiencing searing pain they surely would've felt if that
woman had passed away. That was the biggest moment of Joyces' life and it certainly is
his greatest accomplishment. He might not have made the right call two years ago in
Detroit, but he did the right thing in Arizona and he is a hero today, and forever.
Posted by Paul Devlin at 6:40 AM