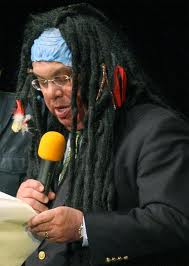 If Thomas Menino was a cartoon character, he'd be half-Barney Rubble and half-
Baby Huey. If he was a tool in the shed, the mayor of Boston wouldn't be sharp
enough to cut through a stick of butter sitting at room temperature for five hours. He
can butcher the English language with greater aplomb than Roger Clemens while making
Sarah Palin look like an expert in U.S. history. While the  Rocket may "misremember" things
and the woman who went rogue whiffs on everything not jotted down on an index card,
Menino majors in malapropisms and mispronouncing things.

Yet, Menino enjoys high approval ratings and has been in office since 1993, making him
the longest sitting mayor in Boston history, and that's quite an accomplishment. He's
affectionately known as "Mayor Mumbles" because he talks like he has his grandkids
marbles in his mouth. And when he does talk, there' a good chance something
controversial or ridiculously funny comes spewing out. 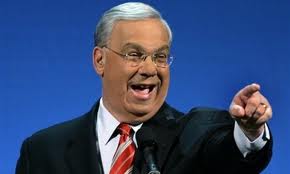 He once described the shortage of parking in Boston as, "An  Alcatraz around my neck."
Um, no Tom, that would be an "albatross" around your neck. He once referred to former
mayor John Collins as "a man of great statue" instead of stature. But that really pales in
comparison to how he messes up when it comes to Boston sports. Now, keep in mind
that in Boston, everybody loves sports more than politics and even their alcohol and in
that town, that's saying something. Red Sox fans know the astrological sign of the mother
of the back-up second baseman in Pawtucket. They are not only passionate fans, but
extremely knowledgeable ones.

Before the Red Sox met the Yankee in the 2004 playoffs, Menino said, "Much like a
cookie, I predict the Yankee dynasty will crumble and the results will be delicious for
Red Sox fans." 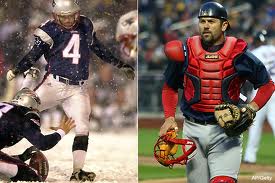 Menino once praised "Varitek for splitting the uprights" to give the Pats their first Super
Bowl title. Only, one problem, Varitek was catching for the Red Sox, while Adam Viniteri
was coming through for the Patriots. Menino also called NBA Commissioner David Stern,
"Donald Sterns" AF-LAAAAAAC!!!!!!

But Menino's best/worst of Boston, may have come on Thursday morning when he was
talking about the Celtics great run in the post-season, "There's a lot of heart on this team,
let me tell you. K.J. is great...but Hondo's really the inspiration. I mean Hondo drives the
team." 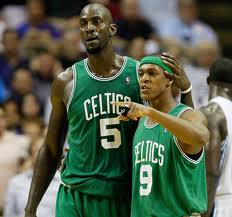 Does the mayor drive a Honda? Did he just have lunch with former Suns great, Kevin
Johnson, who is now the mayor of Sacramento? Perhaps, he was just thinking of Celtics
legend John "Hondo" Havlichek.  I wonder if Menino still thinks the Big Three, Bird,
McHale, and Parrish are coming through that door

K.J instead of K.G, Hondo instead of Rajon Rondo. Man, it's all good. After all, it came
from the mouth of Mayor Menino, a lovable guy whom we can never get mad at for
screwing up the names of Boston sports legends. 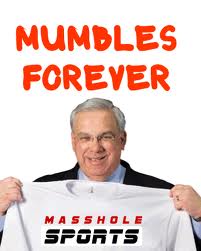