REST IN PEACE, JPM. WE WILL NEVER FORGET YOU 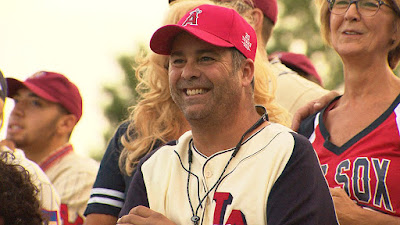 When I read the news of his passing on Facebook, it felt much the same way it did two years
ago when it was revealed the longtime NESN videographer had ALS: like a wrecking ball
to the stomach that blew nearly every ounce of oxygen from my body.

It hurt. A lot. That feeling is something that will stay with many of us forever.

John Martin was an extraordinary human being inflicted with the cruelest of diseases. We all
know life isn't fair, but this was just brutal. John was the nicest of guys who made everyone
feel like he was their best friend. And he had a ton of friends - far too many to even bother to
count.

JPM, as he was known to all his friends, had to battle a disease that has never lost. He knew
what he was facing and did it courageously. He fought hard, he was brave, and he is forever
one of my heroes. 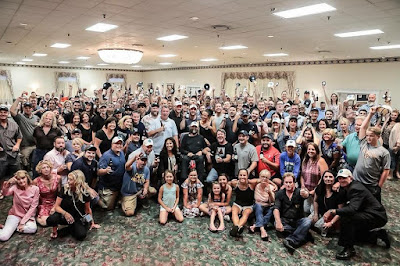 Martin will always be a hero in a New England community that rallied around him as his
body wore down against ALS. We loved him, admired him, and wanted to do anything we
could to comfort him during a fight no person should ever have to be in, much less face alone.

His friends made sure JPM didn't have to do that. They were always there for him.The local
teams rallied to support him.  Robert Kraft of the Patriots made the most moving of speeches
to honor John and his family. The Red Sox raised money for him, as did the Bruins. Celebrities
and athletes and stopped by Café Martin to bring him some cheer and it seemed like
the entire region bought a Café Martin hat and posted pictures on social media wearing
it, as well as great big smiles, hoping to put one on the face of JPM. 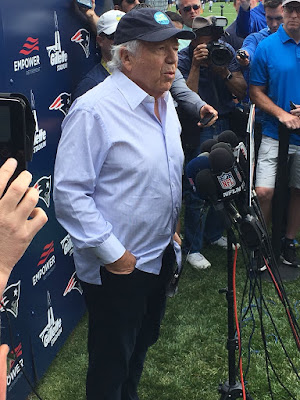 There was Eddie Vedder giving Martin a shout out at Fenway Park during a concert and
athletes from all over wearing their Café Martin hats with great pride and purpose.

Everybody loved JPM. You'd have to search the country far and wide to find someone to say
something bad about him - and if you did, I can assure you they are lying. JPM had such a
wonderful way about him - one that attracted people from all walks of life to him. He always
had time for everyone and usually a great story to go with it.

I could talk about his great talent as a videographer, but that would just take away from
the person he was. There were few better - anywhere. He was truly loved and had universal
respect. We adored JPM because he loved his job, loved his family, and loved all his friends.
There was nothing artificial about John, even as he worked in a business with a lot of
disingenuous people. He was a straight shooter who didn't have time for a lot of B.S. JPM
didn't care about celebrity or status and could see through a person and an agenda in a split-
second. 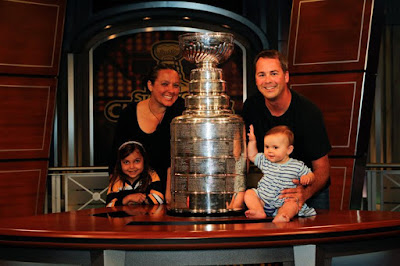 JPM received a lot of love because he gave a lot of love. He coached youth baseball for
nearly 30 years in the not-so-great parts of Boston. He was always there for the hundreds
of kids he coached over the years, making a huge impact on their lives. JPM loved
baseball and loved  coaching. That showed in his job as a videographer and in his passion
for helping young kids. 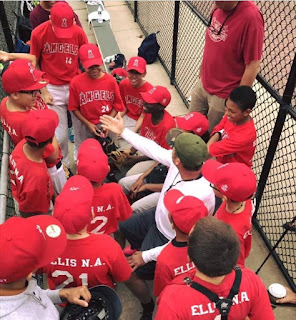 JPM taught us a lot as he battled to hold off death. He kept living his life as an insidious
disease tore through his body. JPM wrote not one, but two books - the second of which gave us
an intimate, yet brutal look into the battle he was facing. There were a lot of dark moments,
for sure, but JPM always managed to keep the smile on his face and stay positive. He loved
Adrienne and his beautiful two girls and always had them in his heart.

John's death hurts. It will take a while for us to get over it. There was nobody like JPM. He
had a heart of gold, a mega-watt smile, and a personality that nobody will ever forget.

We love you JPM. We will never forget you. 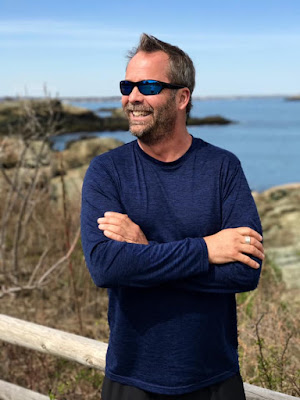