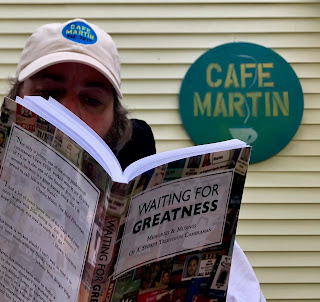 For nearly 20 years, New England fans saw their sports teams through the lens of John
Martin who captured the many indelible images while working for NESN, the flagship
network of the Boston Red Sox and Bruins. In the midst of battling ALS, Martin put those
20 years into 141 wildly entertaining pages of a book called "Waiting For Greatness:
Memories and Musings of a Sports Television Cameraman."

"I always maintained during my television career, I'd someday write a book chronicling my
experience," Martin wrote from his home in Newton, Massachusetts. "Tried a few times
but couldn't get it going. Always knew the title. A year and half past retirement, I just started dictating one afternoon. It took me a month and a half to put together." 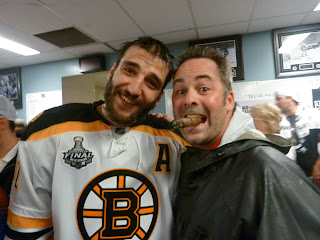 Martin experienced an incredible run covering the professional teams in the best sports town
in the country. Boston is a sports mecca with the biggest stars producing the greatest reality
series on television. Martin was there when the Red Sox, Patriots, Celtics, and Bruins
captured 10 world championships during a 15-year stretch. The moments were priceless, the memories - unforgettable.


"My hope is that people get an inside look at my career during an unprecedented time in
Boston sports. And a few laughs," Martin said. "It morphed into more of a giant job description
and a venue of offering personal accolades to fellow co-workers. I'm quite pleased with it. The pictures were important, too - being a visual person." 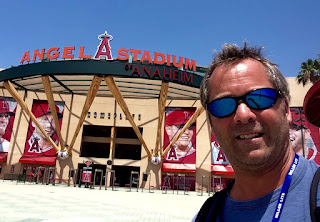 Martin is much more than a visual person. He is creative, thoughtful, funny, hardworking,
and dependable. There isn't a person who has met Martin that doesn't love him. In the
cut-throat world of television, Martin was universally loved and respected. You may have not
been his best friend, but he always made you feel like you were.

The book was released July 18 and received rave reviews from his former co-workers and
colleagues.

'Waiting For Greatness' lives up to its title. John has been there for all the good times, the
bad times, and best of all, he knows how to tell a unique story about all of it. He really
showcased what working in the media was all about for those of us there were there. It
was more about the stories, the friends, and all the laughs." - Bryan Brennan, Selfie King
and former NESN videographer. 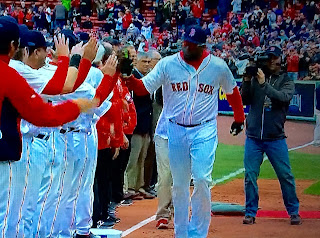 There were a lot of laughs with his former co-workers and colleagues from his near two
decades working in sports television. Few worked harder than Martin and not many had
as much fun as Martin did. As he often liked to say, "I'm just living the dream." He lets
readers know just how great he had it while covering sports in Boston. 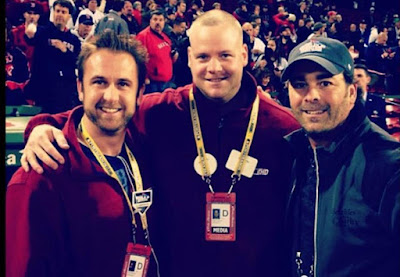 "It's a great peek behind the curtain of Johnny's career at NESN. Some great stories from
the man who spent a lot of time on the road with the B's and Sox. You also get a glimpse
into the mind of JPM - a man who always tells it like he sees it." - Greg Glass, videographer
at WHDH-TV in Boston.

In a television industry filled with people born with paper-thin skin and easily bruised egos,
Martin always said what he had to say in a way that didn't offend anyone- but they sure
as heck got his point. That's one of the things that makes Martin so great - and admired.
That comes through in 'Greatness' which makes for a wonderful read. 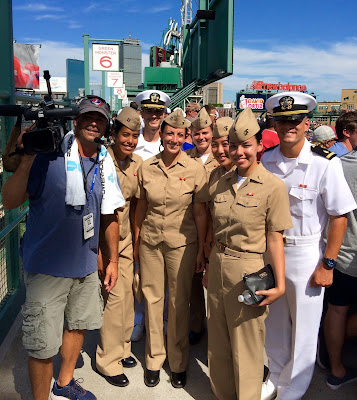 "Without trying, John showcases his humble kindness, true happy nature, being a genuine
friend and inspiring those around him as well. One word comes to mind when I think of
John and this book - genuine. He doesn't focus on himself. Like a scrapbook of his life, this
book takes the reader on the journey he took over the years." - Kim Agostino, former
co-worker at NESN

I worked with Martin for two years at NESN. We spent most of the time hustling our asses
off and laughing so hard until it hurt. We loved our jobs and were always committed to
doing our best no matter what obstacles we faced. There were moments we'll both never
forget like covering Bill Belichick playing touch football with his family well after a game
in near total darkness at Gillette Stadium. We were the only members of the media there
and watched in amazement as the Hoodie was laying out to catch passes as if he were Wes
Welker during his prime. And there was John, in his element, capturing it all through his
lens.

'Waiting for Greatness is the perfect book if you want to know what goes on behind
the scenes of the sports world. Johnny has seen it all and his stories are funny and spot
on accurate." - Marc Cappello, longtime producer 98.5 sports radio. 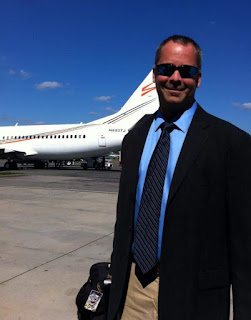 All his great moments and memories are now documented in "Waiting For Greatness", a book
that Martin is very proud of. It's his story told in his own unique style and JPM appreciates
the response he's received from it.

"It's been overwhelming. More than 200 books were sold in the first week. People genuinely
are enjoying it," Martin said. 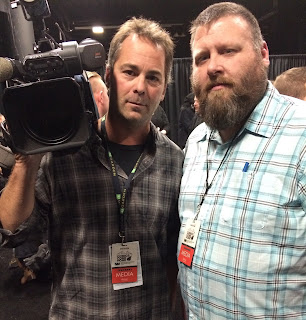 Get your copy of "Waiting For Greatness" today. It's a great read.