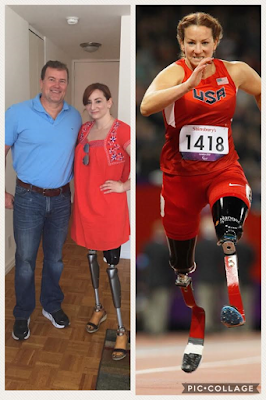 Katy Sullivan's entry into this world was rough. She was born without the lower part of her
legs and the doctor who delivered her tried to say the right thing in comforting Mrs. Sullivan,
but turned his words into a natural disaster.

“The world doesn’t need another athlete. But she will find plenty of other things to enjoy and
be good at.”

Young Katy would grow up to be actress, and a pretty good one. However, when Sullivan
was 25-years-old she discovered that it's never too late to be what you might have. She was
fitted with carbon-fiber prosthetics and started to run. Sullivan didn't stop running until she
reached her goal of making the U.S. Paralympic team that competed in the 2012 Games in London. 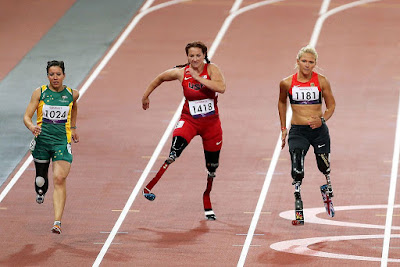 "As an actress, I tried to play the role of an athlete," Sullivan said from her high-rise apartment
in Manhattan. "I knew I had to get up at 5 a.m., eat right, train hard, and be really dedicated. I
wasn't an athlete growing up, so I had to learn how to become one pretty quick."

Sullivan became a world-class Paralympic athlete in something quicker than a New York City minute. She became a four-time national champion and set the American record for the 100 meter event in the 2012 London Games. 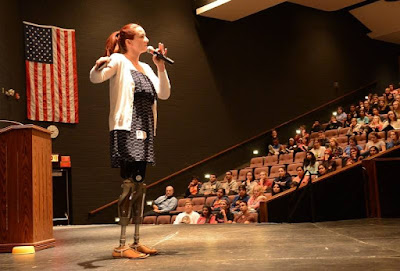 Sullivan returned after the Games, but NBC Sports chose her to provide commentary for
the 2016 Paralympic Games in Rio. That was after taking a break from an acting career that
saw her land roles in  Nip/Tuck, My Name Is Earl, and Last Man Standing.

"Can't is a four-letter word to me," she said. "You should never let anyone tell you 'no' or that
you can't do something. Live your dreams, not someone else's. "

As for that doctor who said, "The world doesn't need another athlete," upon her arrival to
this world.

"I would love to find him and show him the athlete I became," Sullivan said with an ear-to-ear
grin on her face.