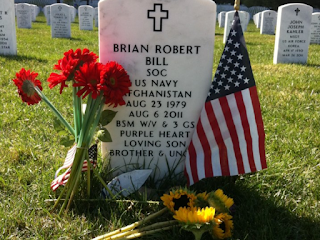 My late father was an impeccable dresser and a borderline neat freak. His walk-in closet
looked like the showroom at Brooks Brothers and was home to one very special thing
besides his made-to- measure suits: the American Flag. He kept it there and safely
tucked away until Memorial Day weekend when he'd unfurl and proudly post it outside
of our home on Purchase Street in New York where we grew up.

I learned a lot about the American Flag and how to take care of it from my father. "Paul,
don't ever let the  flag hit the ground," I vividly recall him saying to me when I was about
8-years-old. He also told me how we should honor everyone who fought for and died while protecting the country.

Well, I was just a young pup at the time and obviously didn't know anyone who died for
our country, but my father made it clear Memorial Day was about honoring everyone who
spilled their blood to protect our freedom and way of life.

I went through a good chunk of my life without knowing anyone who died during a war,
basically because the United States hadn't engaged in battle with anyone while I was growing
up. Oh, there was that Grenada scuffle, but that was like the Alabama football team battling
C.W. Post college: over before it started and not a fair fight. 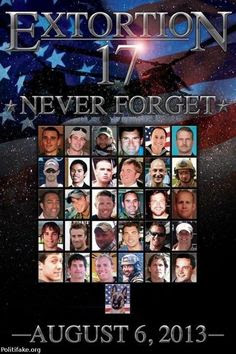 That changed on August 6, 2011. 30 Navy SEAL's being transported from a mission by
helicopter, were shot down by the Taliban in Afghanistan. They all died.

I didn't know any of the SEAL's who died that day, but I got to know one of them very well
after his death. It sounds a bit strange, but if you keep reading, you'll understand.

As I was going down the list of those killed that day, I came across the name of a SEAL who
was from Stamford, Connecticut, which bordered New Canaan, where I went to high school
and the town our family moved to and lived in for many years.

I had to know more about Brian Bill. Initially, I thought it was because I worked in the
media as a reporter and anchor for more than 15 years and had a thirst for knowledge and information. But it became more than that. There was something about Brian Bill, Navy SEAL
that really piqued my interest

When I read about Brian Bill and what he had done in his life, I had an "Oh, my God moment."

When I saw a picture of Bill in his military gear, it really moved me. He looked like the poster
man of what a Navy SEAL should look like. Rugged, tough, with Hollywood good looks,
Brian Bill was something straight out of central casting. 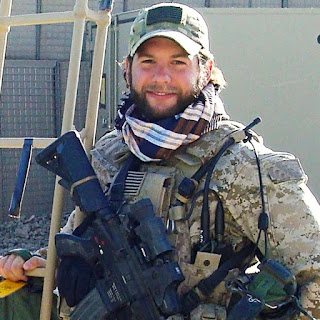 I read his bio again and came away thinking this guy, Brian Bill, was not only a great American
but a real American hero. He loved life and loved his country even more. He was a skilled fly-fisherman, skier and skydiver. Bill was an accomplished mountaineer with successful summits of Aconcagua in Argentina and Mount Elbrus in Russia. He had completed several marathons and obtained his commercial pilot’s license. He independently studied Russian and became fluent in French. He taught himself to play the piano and guitar. Bill graduated from Norwich University
with a degree in electrical engineering.

However, from a young age, Bill dreamed of becoming a Navy SEAL, and like most everything
in his life, he accomplished what he set out to do.

In 2003, Brian Bill was awarded his SEAL trident.

He was everything right in a country that had gone oh, so wrong. Bill was a man of impeccable
integrity character and integrity. He lived his life the right way and always put others ahead
of himself.

There is no better proof of this than the actions that earned him the third of his four Bronze Star
Medals with Valor. I read this during a fundraising event for Bill last June and quite honestly,
my jaw dropped.

From the U.S. Department of Defense:

While performing in Operation ENDURING FREEDOM, Bill was part of a ground force
element during a daring nighttime raid against a heavily armed enemy commander. While
attempting to engage a barricaded fighter hidden inside the target building, one of his teammates
was struck and mortally wounded by enemy fire, causing him to fall directly in front of the barricaded enemy's position.

With complete disregard for his own safety, Bill fought his way into the compound, exchanging
fire with the enemy fighter while maneuvering to his wounded teammate. Within point blank
range of the barricaded enemy, Bill pulled his comrade from the precarious position where he
had fallen as enemy rounds impacted the rock wall around him. He then courageously exposed himself to the enemy fire again, as he pulled his wounded teammate across the open courtyard
to a position behind cover.

By his extraordinary guidance, zealous initiative, and total dedication
to duty,  Bill reflected great credit upon himself and upheld the highest traditions of the United
States Naval Service.

I've been fortunate to meet the family of Brian Bill. As one might expect, they are a family
of impeccable class, character, and integrity. In short, they are beautiful people. I have tried
to honor Brian Bill's legacy through my work in the media and endurance events. He was a
truly remarkable person. I wished I had the opportunity to meet him. 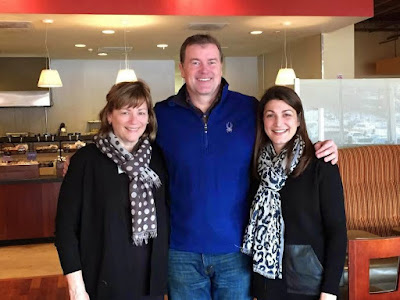 Brian Bill is, was, and always will be an American hero.

Memorial Day means a lot more to me than it ever did because of Brian Bill. To me, this is
unofficially Brian Bill Memorial Day. He deserves it.

If I haven't convinced you of that already,  then you should try to comprehend the full list of
his accomplishments as a combat veteran. He received numerous awards, including the Bronze
Star  Medal with Valor (4),including one for extraordinary heroism, Purple Heart Medal,
Defense Meritorious Service Medal, Joint Service Commendation Medal with Valor, Navy
and Marine Corps Commendation Medal, Navy and Marine Corps Achievement Medal,
Combat  Action Ribbon (2), Presidential Unit Citation (2), Navy Unit Commendation,
Afghanistan Campaign Medal, Global War on Terrorism Expeditionary Medal, Global War
on Terrorism Service Medal, and numerous other personal and unit decorations. 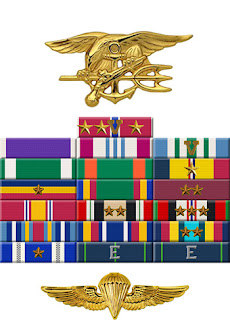