THE LOVE AND SUPPORT FOR JOHN MARTIN 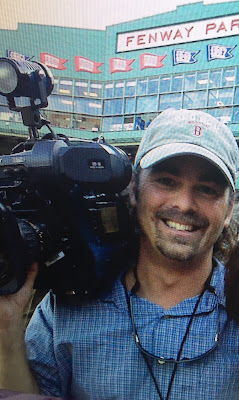 Boston will always be a part of me. When I was set to start a job working for the Red Sox
over-the-air station in 1997, my late father said, "Paul, you are going to a world-class city.
There are few places in the country like Boston. Enjoy it."

As usual, my father was correct.

After four years working at Fox Sports Net in Atlanta, I moved back to Boston in 2004 to work
for NESN, the goliath of regional networks which is now owned by the Red Sox and Bruins.
Besides being a world-class city and the best sports one in the country, I found New Englanders
to be passionate, smart, and pretty darn tough.

Oh, sure, they often get mocked on 'SNL' for their accents, loyalty to the Red Sox, Tom
Brady, and Bobby Orr, but if they like you, they will stand behind you. If they love you, they
will not only give you the David Ortiz jersey off their backs, but they will pretty much drop everything if you are experiencing tough times.

John Martin is loved. He was a great videographer for NESN, following the Red Sox, Bruins,
Patriots, and Celtics on one of the most incredibly wicked (Boston term) successful runs
the sports world has ever seen. We worked together for two years and shared many laughs
and a lot of great times.

As good as Martin was as a videographer, he is a far better person. He is loved by everyone
in the tight-knit media community and is as solid as the 150-year-old oak trees that line property
in nearby Brookline. When the unfathomable news broke several weeks ago that Martin was
diagnosed with ALS, the entire region rallied around Martin. A GoFundMe page set up by his
friends saw donations come in fast and furiously, going over the $80,000 mark in
less than two weeks.

It seemed like everyone who lived in Boston or had ties to the professional sports teams there,
was stepping up for John Martin, a husband and father to a pair of beautiful young girls.
John Farrell, the Red Sox manager, made a very generous donation, sending in $1,000.
Mike Hazen, the former Sox GM now holding the same title with Arizona, also contributed
$1,000, as did longtime sportswriter, Ron Borges. Former Bruin Johnny Boychuk, who loves
Martin, also made a sizeable donation.

As I looked down the list of contributors, many of whom I had known when I worked there,
I was amazed by the support and felt good in knowing that Boston is taking care of one of its
own. It was truly heartwarming and renewed my faith there are still many people with great
character in this world.

There were also donations coming in from people who wanted to remain anonymous,
chipping in with $5, $10, and $20. This was after Christmas season where many people racked
up a lot of credit card debt in a time when money is tight.

It's a beautiful thing to see.

However, we cannot stop with the support. John Martin and his family are facing some
tough times ahead. That is incredibly sad. He, his wife, Adrienne, and two children are really an
amazing family. They need our continued love and support. They deserve it.

Please help in the fight against ALS. $5 may seem like a little, but a lot of five dollar bills
can go a long way in his battle. Please continue to help out John Martin. Please donate to
his fund. GoFundme/jmartin.